Jordanian paratrooper sends a message to his mother from the sky: ‘be proud of your son, mother’ - GulfToday 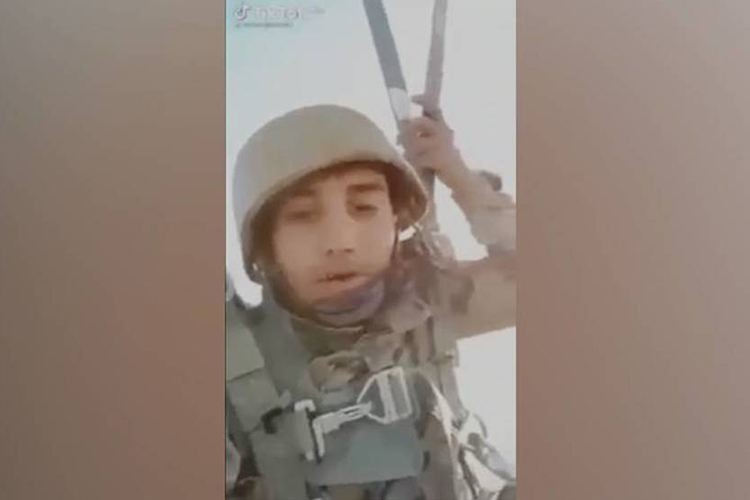 A videograb of the paratrooper while recording the message for his mother.

A video clip was widely circulated on social media in Jordan after a soldier recorded a message, during his parachute landing, to his mother, saying her mother to be proud of him as she has given birth to a brave man.

The style of the paratrooper and his spontaneity won the admiration of thousands after he photographed himself addressing his mother while hanging in his parachute in the sky, saying: “Be proud of your son.”

He assures her that she has given birth to a brave man. He also photographed his fellow paratroopers flying next to him.

The video spread like wildfire on social media, and users expressed their admiration for the spontaneity of the soldier, who was keen to document the moments of his parachute landing to make his mother happy.