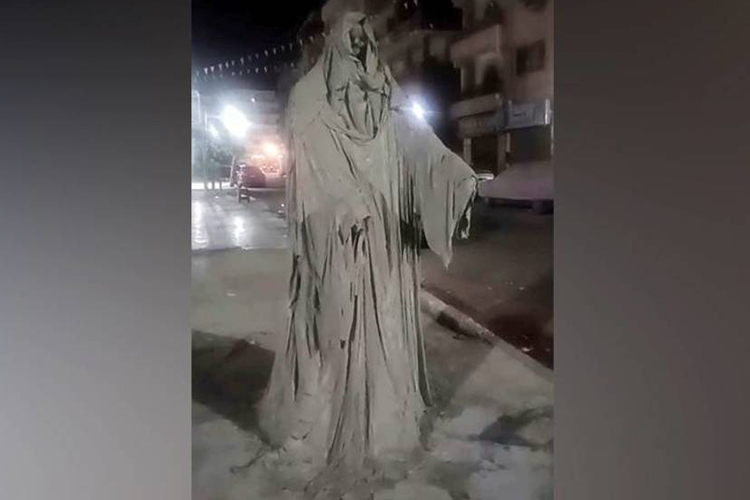 A screengrab of the ghost like creature in Egypt.

A video of a ghost like creature has spread like wildfire in Egypt, causing panic among residents and social media users.

The statue embodies the famous ghost of death in American horror films.

It caused panic among the people who described him as 'the devil' before the authorities intervened quickly to remove him.

As soon as the neighbourhood authorities rushed to the site, the ghost would disappear.

People were shocked by the presence of the frightening statue in the third district of Ismailia.

The "ghost" statue was draped with scarves and a small head.

Residents did not find it aesthetically pleasing to erect it in a public place.

The people submitted a complaint to the neighbourhood authorities.

It was disclosed that that the statue was an advertising idea for a gift shop.

Security sources confirmed that the reality of the incident is that a person residing in the area rented a shop to sell gifts and antiques.

The shopkeeper designed a wooden model covered with cement and put a piece of cloth on it, placed it outside the shop to complete it.

Authorities said that the person is arrested, and legal measures were taken.