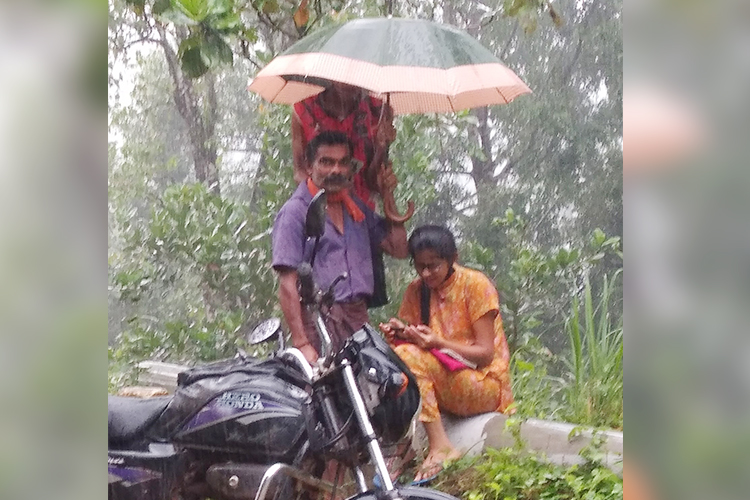 A father is holding an umbrella for his daughter.

A photograph of a girl attending her online class amid heavy rain as her father stands beside her holding an umbrella over her has gone viral on social media in Karnataka on Father's Day.

This photograph highlights multiple issues, including the various hardships that students, especially from rural areas, undergo to attend online classes.

Shot in Ballaka, a remote village in Sullia taluk in Dakshina Kannada district, the photo shows Narayana holding an umbrella over his daughter, a class 10 student as she attends her online classes for the state board (Secondary School Leaving Certificate).

This picture was clicked by Mahesh Puchchappady, a journalist and All India Areca Growers Association's General Secretary, and shared on Twitter.

In his pinned tweet on June 15, he said that the girl comes to the same place around 4 p.m. every day, adding that in rural areas, students are attending online classes like this, because of mobile network issue and "heavy rain also".

Puchchappady said that this is a common sight in Mangaluru-Sullia-Guthigar-Kamila where one can find students sitting outside their homes to attend classes, as cell phone connectivity has always been an issue in hilly regions - especially those villages situated on either side of Western Ghats.

The network issues were also highlighted in a recent Unicef India report, titled 'Rapid assessment of learning during school closures in the context of Covid-19: Findings from a rapid assessment covering nearly 6,000 parents, adolescents and teachers across six states in India', which highly recommended that governments to refocus on creating content for children.

"Wherever internet is an issue, the governments must focus on developing light Apps that can easily operate on 2G network also which will ensure that students who are deprived of online classes, can pick up from these light learning Apps," the report, released in May, stated. 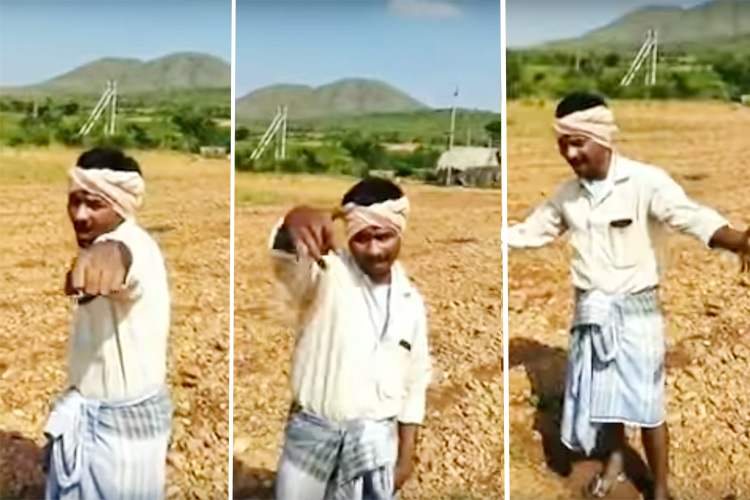 The video posted on the video sharing platform Youtube captioned, "Listen to this Karnataka farmer singing a Justin Bieber song, you will be blown."