10 children among 12 dead as storm hits southeastern US - GulfToday 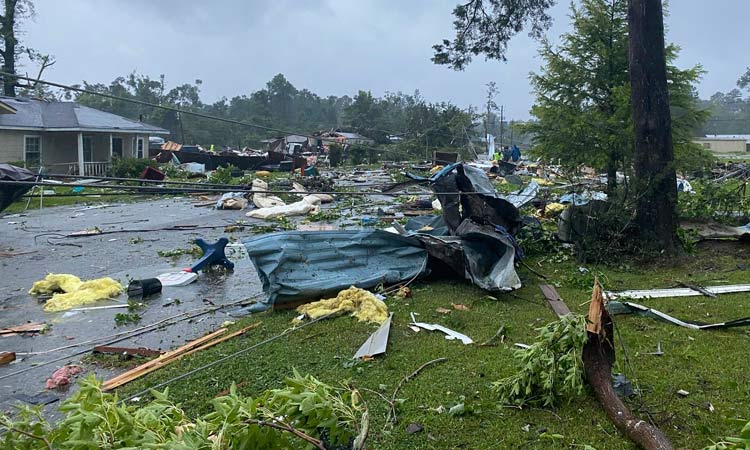 Tropical Depression Claudette claimed 12 lives in Alabama as the storm swept across the southeastern US, causing flash flooding and spurring tornadoes that destroyed dozens of homes. Ten people, including nine children, were killed on Saturday in a 15-vehicle crash about 55 kilometres south of Montgomery on Interstate 65, according to Butler County Coroner Wayne Garlock.

He said the vehicles likely hydroplaned on wet roads, with eight children, ages 4 to 17, killed in a van belonging to a youth ranch operated by the Alabama Sheriffs Association for abused or neglected children. 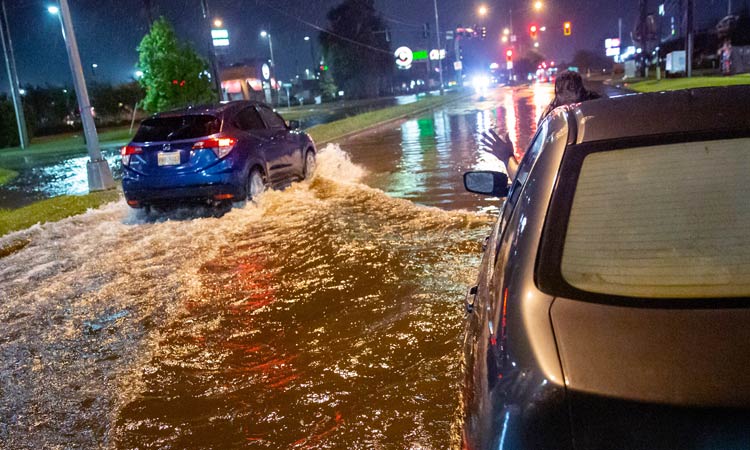 Lamont Pepp (R) waves to a passing motorist to slow down after Pepp's car stalled in high water in Slidell. AP

Meanwhile, a 24-year-old man and a 3-year-old boy were killed when a tree fell on their house just outside the Tuscaloosa city limits Saturday, Capt. Marty Sellers of the Tuscaloosa Violent Crimes Unit told The Tuscaloosa News.

The deaths occurred as drenching rains pelted northern Alabama and Georgia late on Saturday. As much as 12 inches (30 centimetres) of rain was reported earlier from Claudette along the Mississippi Gulf Coast.

Flash flood watches were posted Sunday for northern Georgia, most of South Carolina, the North Carolina coast, parts of southeast Alabama and the Florida Panhandle. A tropical storm warning was in effect in North Carolina from the Little River Inlet to the town of Duck on the Outer Banks. A tropical storm watch was issued from South Santee River, South Carolina, to the Little River Inlet, forecasters said. 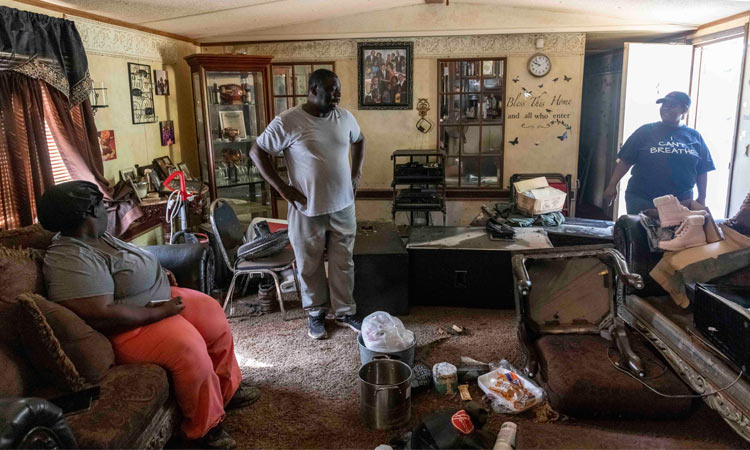 Siblings talk with one another in their flood-destroyed home in Northport, Alabama. AP

The eight children killed in the van were returning to a youth ranch operated by the Alabama Sheriffs Association near Camp Hill, northeast of Montgomery, from a week at the beach in Gulf Shores, youth ranches CEO Michael Smith said.

The van caught fire after the wreck. Candice Gulley, the director of the Tallapoosa County ranch, was rescued and was hospitalized in Montgomery, Smith said. Her condition wasn't immediately available. At least one of the dead was Gulley's child, Smith said.

"This is the worst tragedy I've been a part of in my life,” said Smith, who was driving Sunday to Camp Hill to talk to the remaining residents, who had returned from Gulf Shores in a separate van and did not see the wreck.

"Words cannot explain what I saw,” Smith said of the accident site, which he visited Saturday. "We love these girls like they're our own children.”

Garlock said the location of the wreck is "notorious" for hydroplaning, as the northbound highway curves down a hill to a small creek. Traffic on that stretch of I-65 is usually filled with vacationers driving to and from Gulf of Mexico beaches on summer weekends. 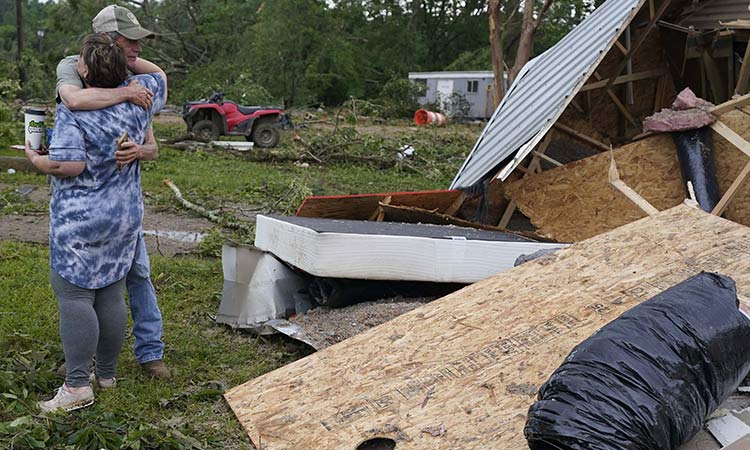