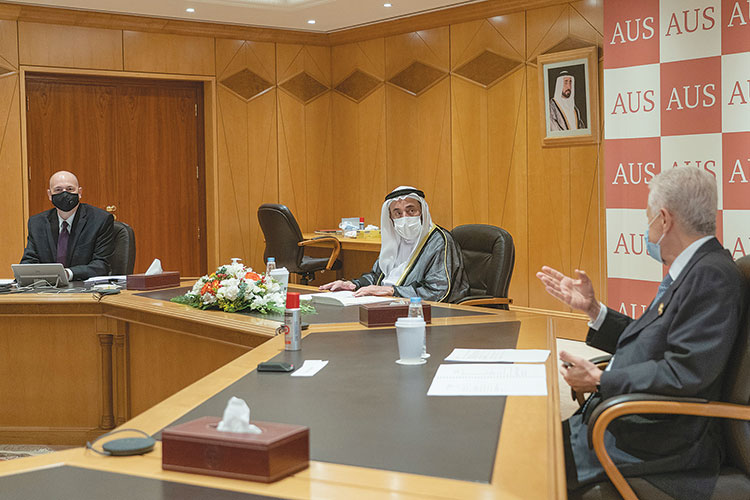 His Highness Dr Sheikh Sultan Bin Mohammed Al Qasimi, Supreme Council Member and Ruler of Sharjah, chairs the meeting of the Board of Trustees of AUS on Sunday. WAM

Sheikh Sultan expressed his satisfaction with the progress that the AUS made and the measures that it took to confront COVID-19. He was also briefed on the continuous progress in academic programmes and the developments of the university’s research programmes.

He also thanked the members of the Board of Trustees and the AUS administrative and teaching staff for their commitment and hard work during the repercussions of the pandemic.

During its meeting, the board of trustees discussed a number of issues including the success achieved in attracting highly qualified students to study at the university in the next semester, the support provided to the administrative and teaching staff and students during the pandemic, the efforts exerted to preserve extracurricular activities and the health and safety measures applied in the AUS.

The Board of Trustees approved a number of decisions related to promotions of the teaching staff, renewable contracts, the general operating budget and research work expenses.

On the sidelines of the meeting, Sheikh Sultan met the first batch of doctoral graduates: namely, Mustafa Al Tikriti, Hassan Mahmoud and Taha Anjamruz, who obtained their doctorate in engineering systems management offered by the College of Engineering at the AUS.

His Highness congratulated the graduates on their hard work and the success they achieved, wishing them the best in their future endeavour.

Organised by Sharjah Book Authority (SBA), and themed ‘For Your Imagination’, the 12th edition of the region’s largest festival of its kind, ran until May 29 at Sharjah Expo Centre. 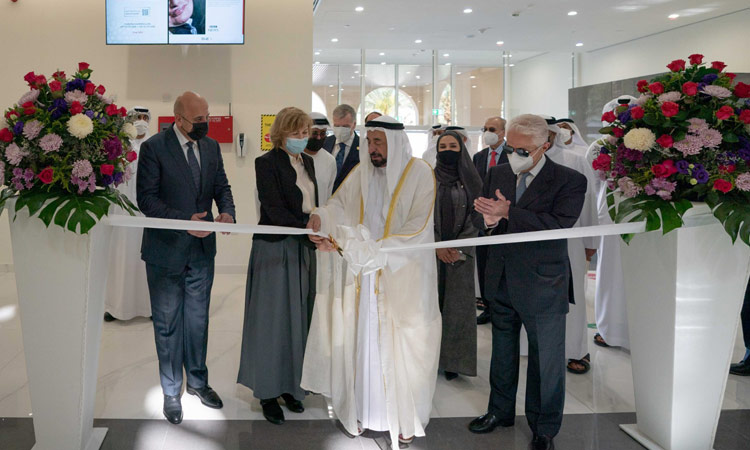