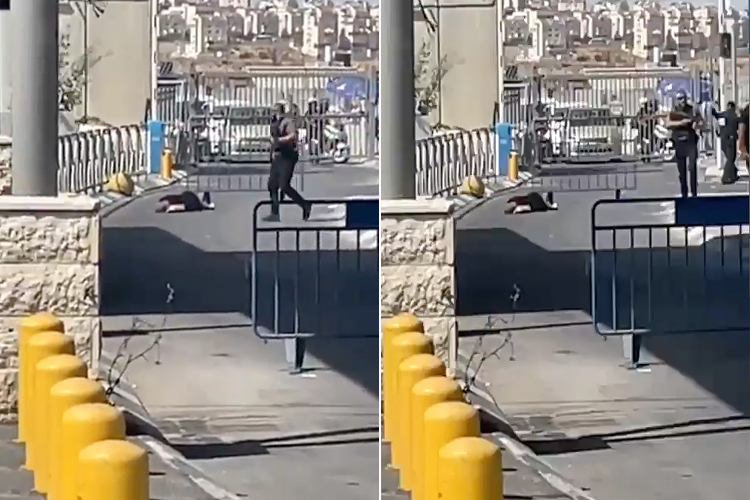 Screenshot of a video of the dead woman.

A 28-year-old Palestinian woman was shot dead by an Israeli security guard at the Qalandiya checkpoint in the West Bank, the Israeli police said.

On Saturday, the woman, a resident of the Palestinian refugee camp Aqabat Jaber near the city of Jericho, approached the cars crossing at the checkpoint manned by Israeli border police and civilian security guards.

The soldier decided she was a danger and then shot her with several bullets, leaving her to bleed alone and closing the area till she died.

The Israel Police are saying that they shot the woman who was walking towards them because she was having a knife.

According to the Israel Police the Palestinian woman had previously been jailed in 2016-2018 for a stabbing attempt.