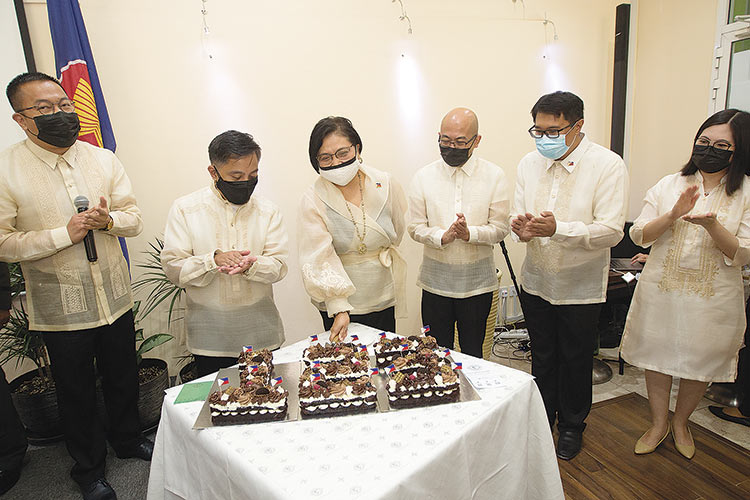 Venue of the historic joint celebration was the villa compound of the Philippine Consulate General in Al Qusais where the Southeast Asian nation’s red-white-blue-yellow-white flag was hoisted at 8am as the officers and men of the Philippine team, majority in their elegant light and cool beige to off-white Barong Tagalogs paired with either black trousers or black skirts, sang the Philippine national anthem “Lupang Hinirang (Marcha Nacional or Chosen Land). The original flag, sewn by exiled Filipinas in Hong Kong, namely Dona Marcela Marino Agoncillo, her daughter Lorenza and Delfina Herbosa Natividad, niece of Philippine national hero Dr. Jose P. Rizal, was raised from the verandah of the the mansion of Gen. Emilio Aguinaldo, first Philippine Republic president on June 12, 1898.

The traditional flag-raising ceremony was followed by the recitation of the “Panatang Makabayan” (Oath of Allegiance) led by Col. Cesar Fernandez, deployed as the Philippines’ first Defence and Armed Forces Attache to the UAE in 2021. The United Arab Emirates-Republic of the Philippines diplomatic relations were formally established on Aug.19, 1974. The Philippine Embassy in Abu Dhabi was first opened on June 17, 1980.

From the Rizal Hall of the Philippine Consulate General in Dubai, Philippine Ambassador to the UAE Hjayceelyn M. Quintana read the Philippine Independence Day message of President Rodrigo Roa Duterte: “I join the entire Filipino nation in celebrating the 123rd anniversary of the proclamation of the Philippine Independence. The challenges of the past years have tested our character as a nation. Each of us have been called upon to be heroes in our own right. Fighting for our survival and devoting ourselves to the common good just as our heroes did more than a century ago. With their noble example inspiring us to look forward to a brighter future filled with hope, we will overcome the challenges brought by this pandemic. May the patriotic fervour continue to burn in our hearts. Mabuhay ang malayang Pilipinas! (Long live the Free Philippines!)”

In a video message, Philippine Foreign Affairs Secretary Teodoro L. Locsin Jr. recalled how the Filipino-Americans in New York paraded along Madison Avenue in New York in 2018. He vowed for the continuing commitment of the over 90 Philippine diplomatic and consular posts across the continents. He also said: “Wherever Filipinos may be in the world – in New York, London, Dubai, Melbourne, Tokyo, Egypt and many other places, June 12 will always be our special day. We get together, eat Filipino food, indulge in familiar joys – Pinoy music, art, film, dance, stories that for a day take us back home. As the one thing Filipinos look forward to every year, surely this was one of the top things sorely missed last year because of the pandemic. This year, celebrations will be subdued as we have just started to cross the threshold of isolation to vaccination. The theme of Kalayaan 2021: Spirit of Freedom in Unity and National Healing cannot be more appropriate. Vaccinations have progressed all over the world, including the Philippines – yes, here; don’t smirk. We have surpassed the one-million-mark of fully vaccinated people. We are cautiously optimistic that as the numbers of the vaccinated continue to increase, so infections and casualties will decline.

“During this pandemic, the Filipino diaspora has contributed much to the world – in keeping besieged healthcare systems afloat especially in the most advanced countries; in maritime vessels key to trade and commerce; and in running critical infrastructure of many countries, I commend Filipino frontliners abroad for doing what they are best known for – selfless service and gentle nurture, so desperately needed in these terrible times. Our healthcare workers are our best and most credible ambassadors of goodwill beside whom even diplomats fail. They do not just avow saving lives; they do it.” 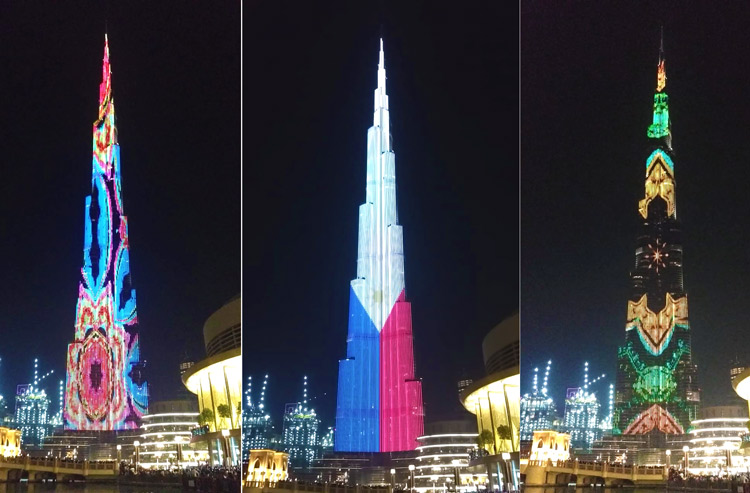 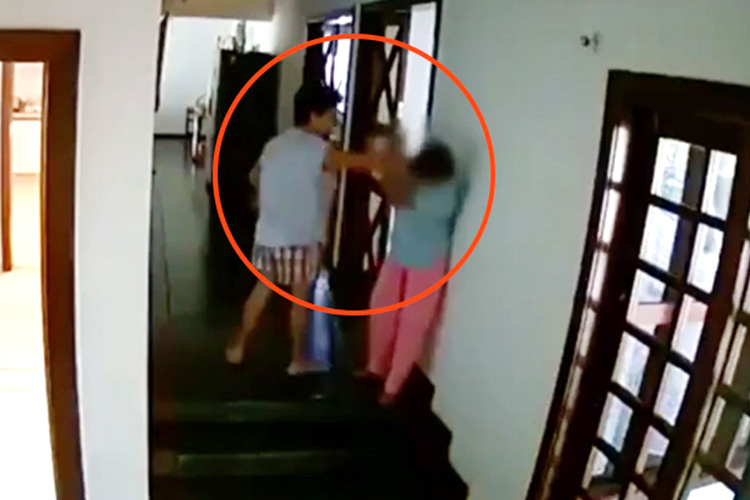 The Philippines has sacked its former ambassador to Brazil, after she was caught on camera attacking a domestic worker at her official residence in Brasilia. 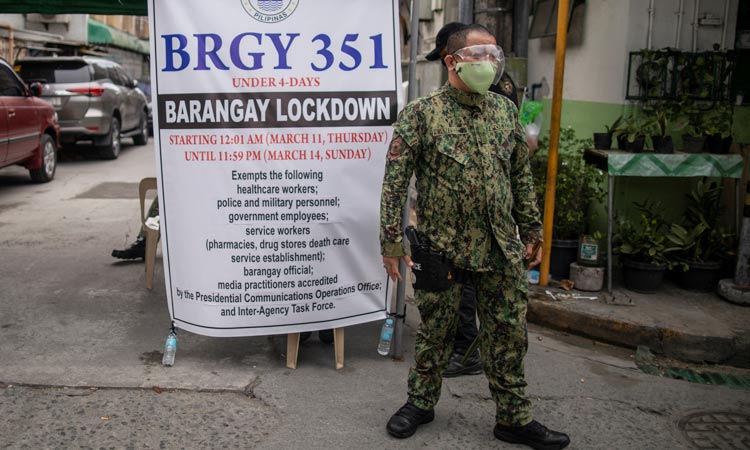