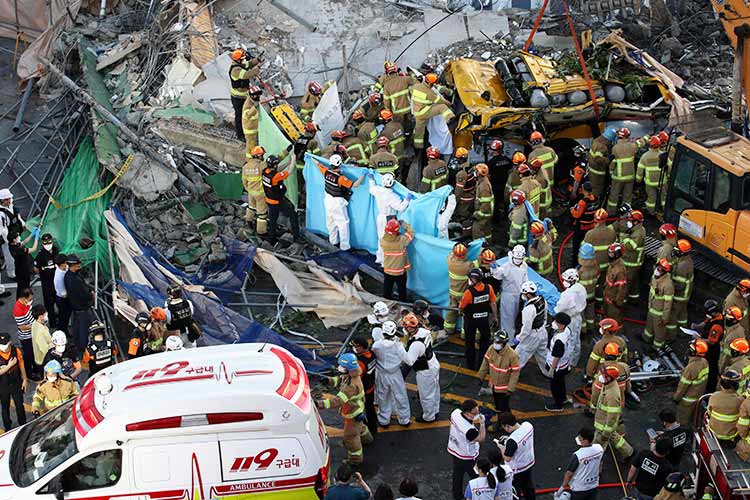 Rescue workers search for possible survivors from the debris of a collapsed building in Gwangju. AFP

Nine people were killed when a five-storey building being demolished in South Korea suddenly collapsed, crushing a bus, officials said.

Dramatic television footage showed the bus being buried in debris and smothered by a huge cloud of dust as the structure gave way.

The bus, which had stopped in front of the site, was carrying 17 people when the accident occurred Wednesday in the city of Gwangju, southwest of Seoul.

Nine of the passengers were killed and the remaining eight were all seriously injured, according to the National Fire Agency.

All the workers on the demolition site had been evacuated before the collapse, they added. 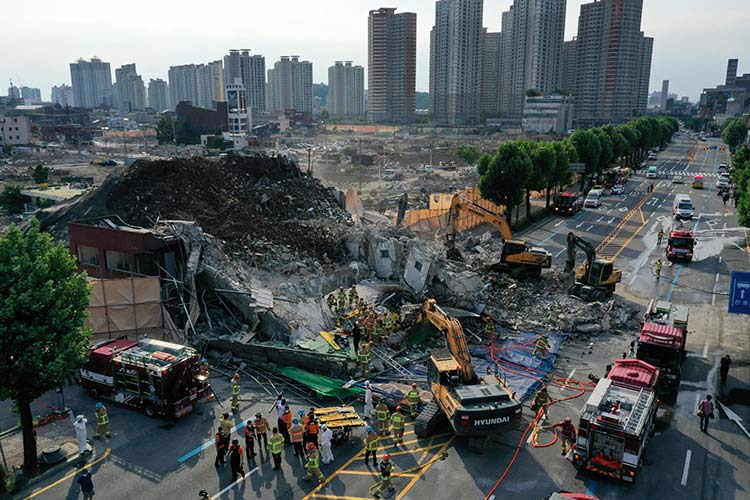 The cause of the accident was not immediately clear. Police have launched a probe into the case, authorities said.

"I sincerely apologise to the victims, their families, the injured, and citizens in Gwangju -- I feel a heavy sense of responsibility," he said, bowing before reporters.

"Our company will do its best so that the victims and their families can recover from the damages as soon as possible," added Chung, who is also president of the Korea Football Association.

President Moon Jae-in offered consolation to those affected by the disaster, calling for a "thorough investigation" into the case.

The largest peacetime disaster in South Korea involved the collapse of a department store in 1995, when more than 500 people were killed.