Around half of Gaza children could be in need of psychological support: UN - GulfToday

Around half of Gaza children could be in need of psychological support: UN 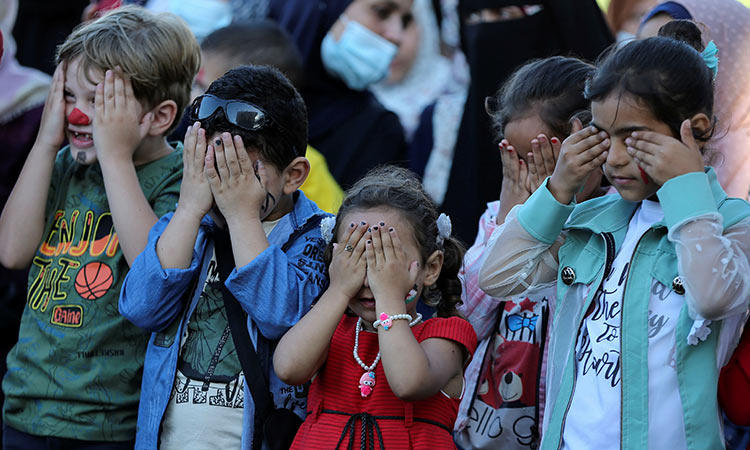 Half of young people in Gaza - around 500,000 children - could be in need of psychological support after 11 days of fighting in May between the enclave's Hamas rulers and Israel, according to officials from the UN children's fund UNICEF.

At least 66 children were among over 250 Palestinians killed by Israeli air strikes on Gaza. 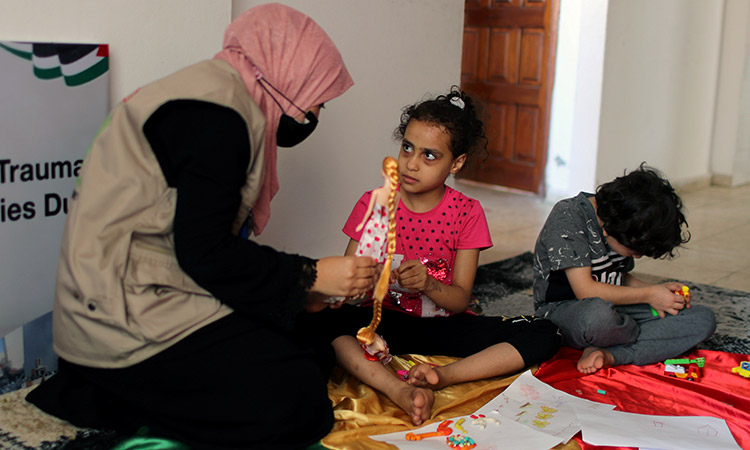 Around half of Gaza's two million population are under 18. Many carry the trauma of three previous wars and several other violent conflicts fought between Israel and Hamas group since 2008, psychologists said.

Three weeks since Suzy Eshkuntana was pulled from the rubble of her house, destroyed by an Israeli air strike, the six-year-old girl has barely spoken except to ask for her mother and four siblings who were killed that day.

Her life turned upside down, Suzy and her father are now living with her uncle, who said she barely eats, doesn't sleep well and cannot muster the will to play. 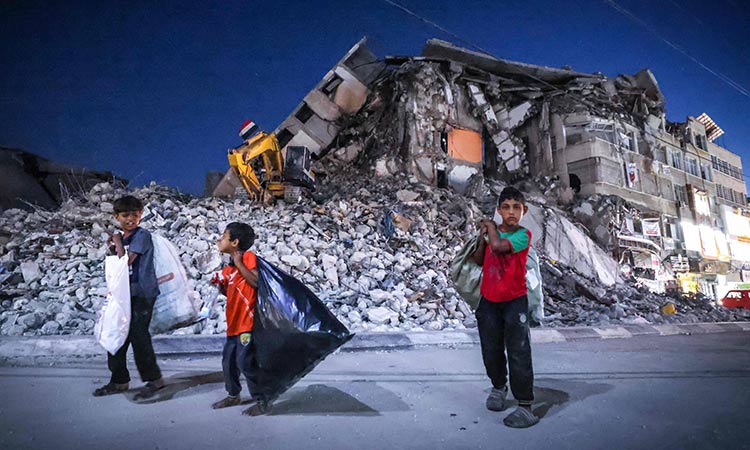 "She asks a lot about her mother, and we tell her mama is in heaven," said Suzy's uncle Ramzi, who said she previously was full of energy.

"She doesn't play, and she screams when someone comes near her."

Suzy's home was struck in a wave of Israeli attacks on Gaza City on May 16 that Gaza health officials said killed 42 people, including 10 children.

Psychologists have paid Suzy regular visits to help her process her trauma. At an art therapy session on Sunday, she sat silently as she and her cousins painted their names on paper.

Alongside her name, Suzy painted two large hearts, in red. "She was taken from her family's lap, from her mother's lap... she survived death with a miracle," said psychologist Samar Awad, who oversees Suzy's case.

"Today, the assessments are ongoing and this figure could reach 500,000 children, so it is increasing," she told reporters. 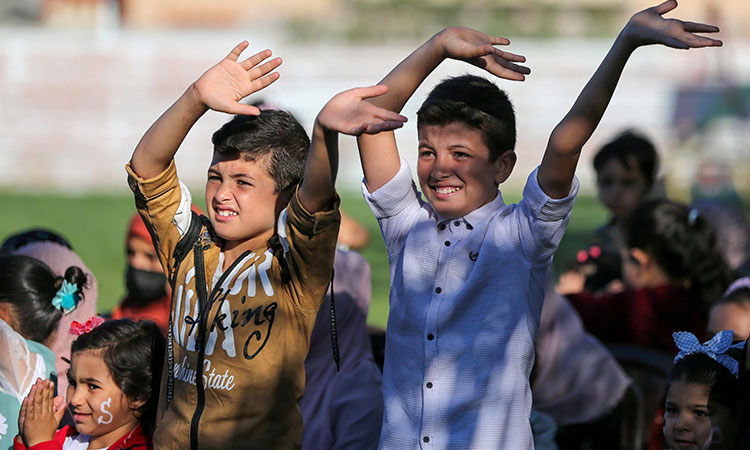 Depression and insecurity were the most common psychological issues among Gaza children, said Sami Owaida, a psychiatrist in Gaza who specialises in adolescents.

"That means you have no self-esteem. You (feel like) you have nothing. You (feel) helpless, hopeless, worthless," he said.

Owaida said that as a result of trauma, many Gaza children wet their beds, stutter, have nightmares and refuse to eat.

The sense of hopelessness can be overwhelming, Owaida said.

"The question of many children now - they ask when the next war will be... what will we do, where will we go? 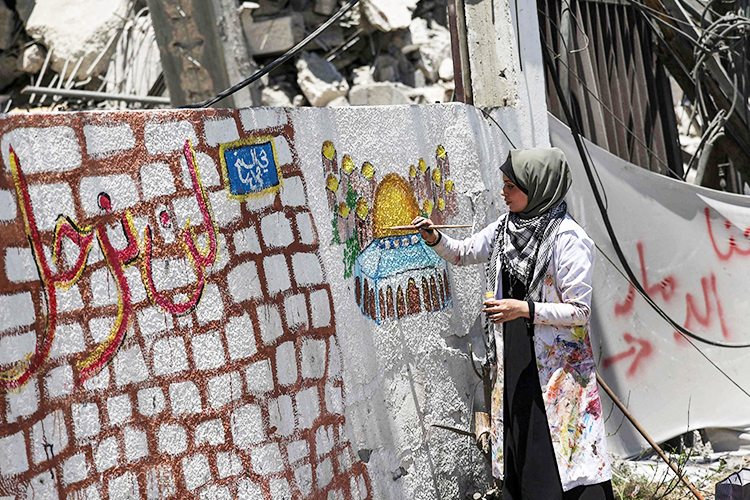 Palestinian artist Etaf al-Najili took this opportunity of the ceasefire that was announced, to use the broken walls of Gaza as her canvas.