VIDEO: Egyptian man arrested for hanging his son from fourth-floor window to ‘scare him’ - GulfToday

VIDEO: Egyptian man arrested for hanging his son from fourth-floor window to ‘scare him’ 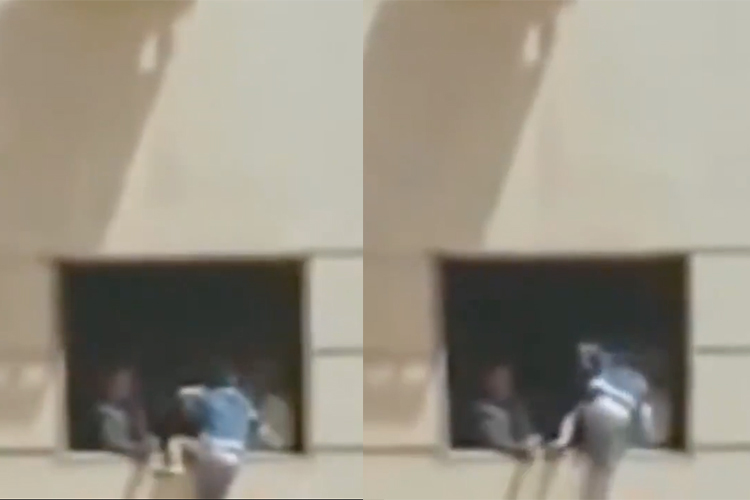 A videograb of the men hanging the child from the window.

The Egyptian authorities have arrested a man for hanging his child from a fourth-floor window to ‘scare him’ in Al-Shorouk city, according to several media outlets. Another man helped him in this shocking act.

Fortunately, the heinous act was filmed by his neighbour and sparked outrage on social media.

In the clip, the men can be seen hanging the child from the window and as soon as a woman intervened and and threatened she would report them to the police, the men started pulling the child back to safety.

The child can be heard crying.

The father of the child has been arrested for endangering the life of his son. The other man confirmed that he and the child’s father were trying to "scare him".

The video spread like wildfire on social media platforms, sparking anger and calling for the father's trial. The child rescue service was also notified of the incident.

The police identified the suspect and arrested him. A report of the incident was issued to complete the investigations before the Public Prosecution.

Authorities have urged everyone to refrain from such acts.