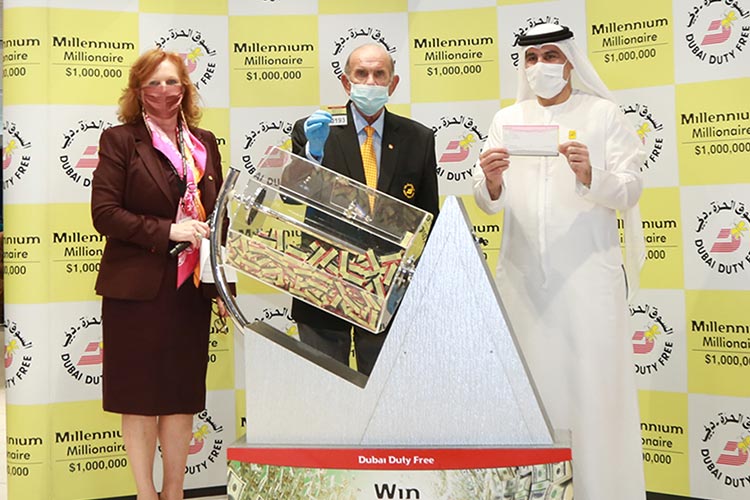 An American national based in California, USA was announced as the latest $1 million winner in the Dubai Duty Free Millennium Millionaire and Finest Surprise promotions at the draw held in Terminal 2 of Dubai International Airport.

Gary Titizian became a dollar millionaire when his ticket number 0193 in Millennium Millionaire Series 360, which he purchased online on May 11, was drawn on Wednesday.

Titizian is the tenth American national to win $1 million since the start of the Millennium Millionaire promotion in 1999.

Given the time difference in the USA, he was unavailable for immediate comment, but will no doubt be surprised when he learns of his newfound fortune. 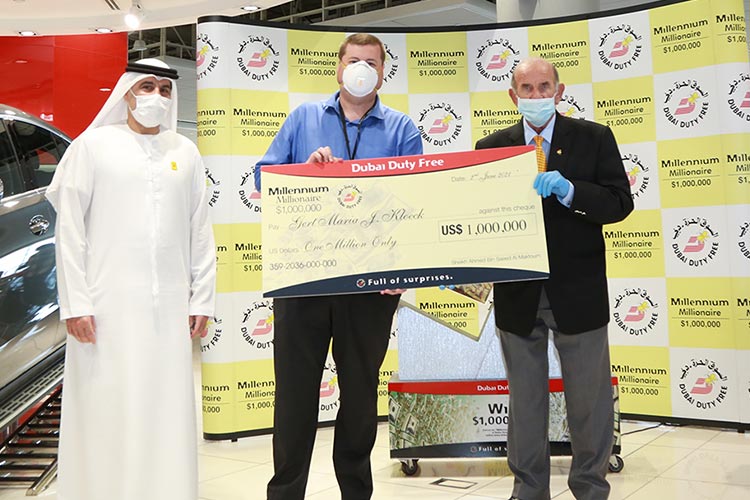 Following the Millennium Millionaire draw, a presentation to previous winner of $1 million in Series 359 took place.

“Thank you very much Dubai Duty Free for this fantastic win! It was great to finally meet the people behind this amazing promotion and made me a millionaire!” said Kloeck who was presented with the $1 million ceremonial cheque by McLoughlin and Tahlak of Dubai Duty Free.

A regular participant in Dubai Duty Free's promotion since 2017, Kloeck purchased his winning ticket online on May 12. 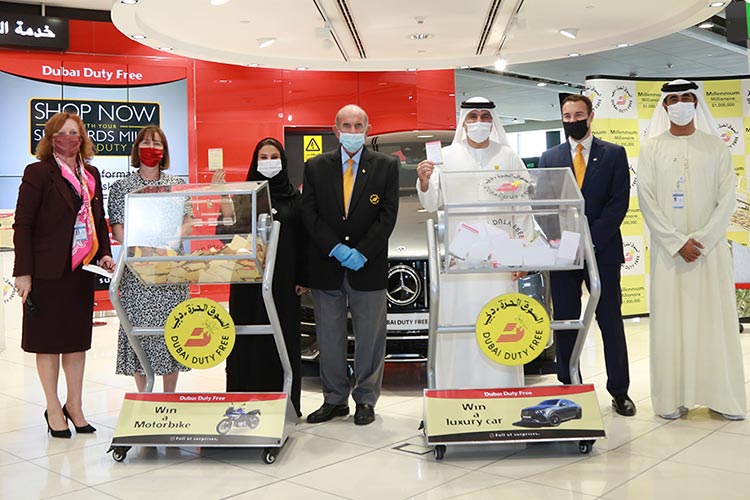 Shrinath Uchil, a 38 year old Indian national based in Dubai won a Mercedes Benz GLE 53 4M AMG (Selenite Grey) car, with ticket number 0287 in Finest Surprise Series 1775, which he purchased online on May 15.

A resident of Dubai since 2005, Uchil is a father of two and owns the Best Pets Unlimited Trading LLC at The Palm, Jumeirah.

“Thank you Dubai Duty Free, it is great to be able to win such an amazing prize during this difficult time. We all know that business is slow and any amount of money that I will get from selling this car can help finance my business,” added Uchil.

Meanwhile Fathollah Nasrollah, an Iranian national based in Abu Dhabi won a BMW F 750 GS (San Marino Blue Metallic) motorbike, with ticket number 0066 in Finest Surprise Series 456, which he purchased online on May 10.

Nasrollah who previously won a BMW 650i Gran Coupe (Sapphire Black Metallic) car, with ticket number 1090 in Finest Surprise Series 1630 in August 2016, was uncontactable and will surely be surprised to hear of his win.