Lowest coronavirus cases in 50 days as deaths dip below 3,000 - GulfToday

Lowest coronavirus cases in 50 days as deaths dip below 3,000 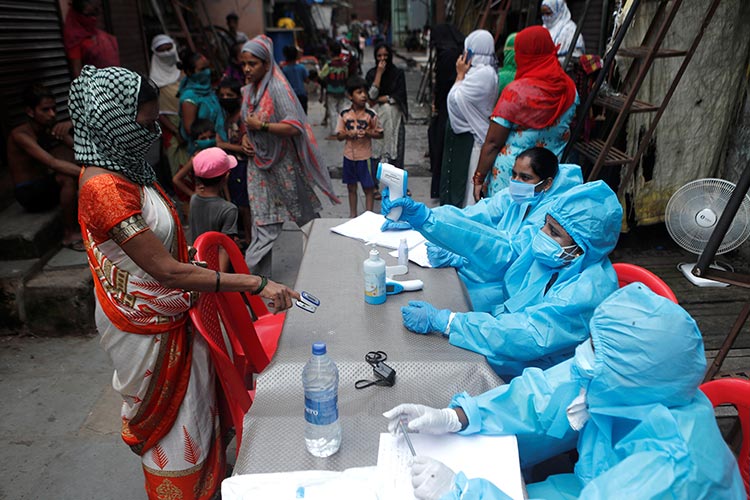 Most Metro cities are still fighting huge waves, though Mumbai and Delhi have arrested the surge.

India reported on Tuesday its lowest daily rise in new coronavirus infections since April 8 at 127,510 cases over the past 24 hours, as 2,795 more succumbed to the pandemic, the Union Health and Family Welfare Ministry said on Tuesday.

Another case of brothers dying together due to Covid in India

This is the least number of fresh infection reported after April 8, when India recorded 131,968 cases while on April 7, India witnessed 126,789 fresh cases.

Fatalities also dropped below the 3,000-mark for the first time since April 26, when the country witnessed 2,771 deaths, according to Indo-Asian News Service. 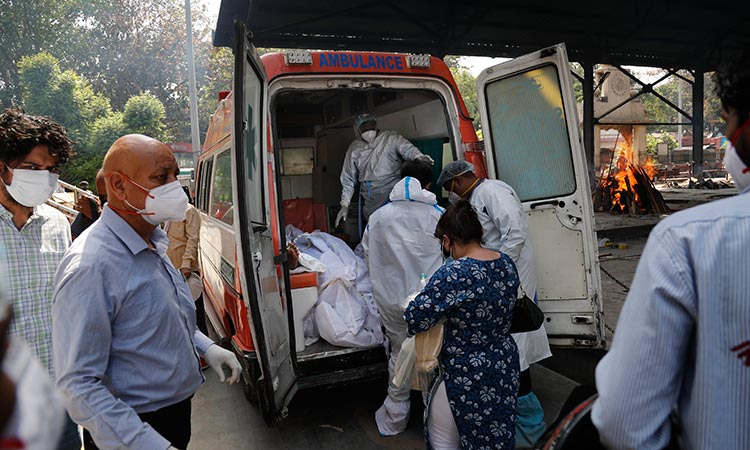 Most Metro cities are still fighting huge waves, though Mumbai and Delhi have arrested the surge.

For the first time in 47 days Delhi on Saturday reported less than 100 cases. Andhra Pradesh on Sunday breached the 15-lakh mark in recoveries.

According to the Health Ministry, a total of 255,287 people have been discharged in the last 24 hours, taking the total discharge to 25,947,629 in Covid cases till date. 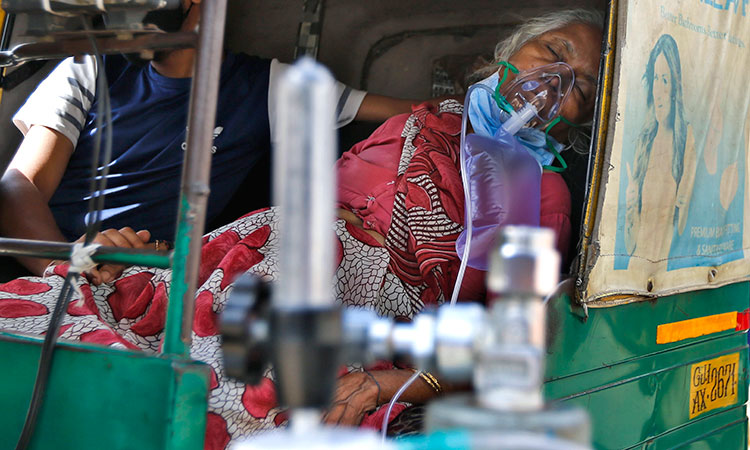 A COVID-19 patient wearing an oxygen mask waits inside an autorickshaw to be attended in Ahmedabad, India. AP

The Health Ministry said that a total of 216,046,638 people have been vaccinated so far in the country, including 2,780,058 who were administered vaccines in the last 24 hours.

In the last three weeks, India has recorded over 75,000 deaths. On May 24, India crossed a grim milestone of three-lakh deaths due to the coronavirus infections, thus becoming world's third country after the US and Brazil to cross three-lakh deaths.

India registered record fatalities due to Covid on May 21 with 4,529 deaths — the highest from Covid infection in any country in a day since the coronavirus outbreak was reported in China's Wuhan in December 2019.

After battling a brutal second wave for weeks, fresh Covid cases came down below the three lakh-mark for the first time on May 17 after touching record high of 414,188 on May 7. 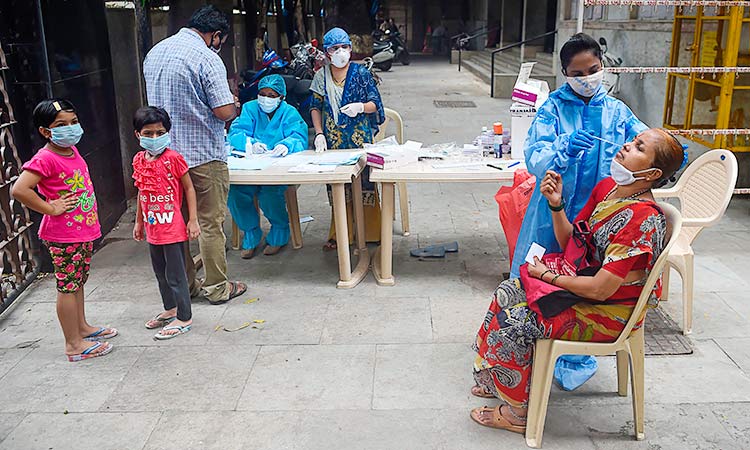