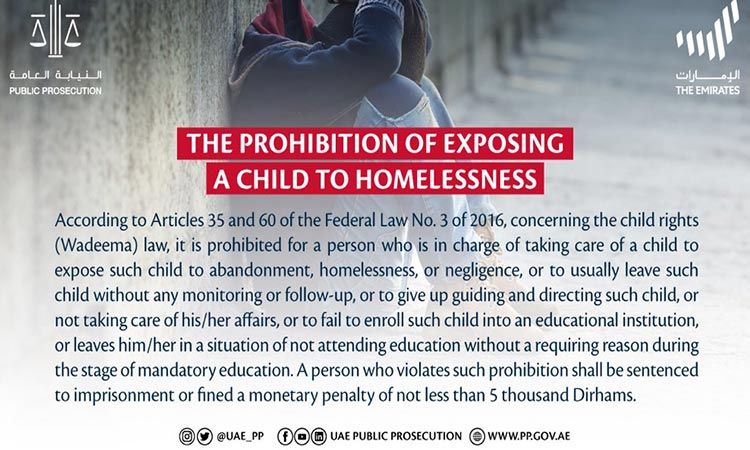 The UAE Public Prosecution explained on Sunday that custodians who expose children in their care to any form of rejection, homelessness or neglect shall be imprisoned or fined not less than Dhs5,000.

In a post published across its social media accounts, the Public Prosecution stated that, according to Articles 35 and 60 of Federal Law No.(3) of 2016 concerning child rights, also known as Wadeema's Law, "it is prohibited for the custodian to expose the child to rejection, homelessness or neglect, leaving him/her without supervision or follow-up, refraining from his/her guidance, not handling his/her affairs, not enrolling him/her at an educational institution or leaving him/her without education during the compulsory education stage without due reason," adding that such offenses shall be punishable by imprisonment or a fine not less than Dhs5,000.