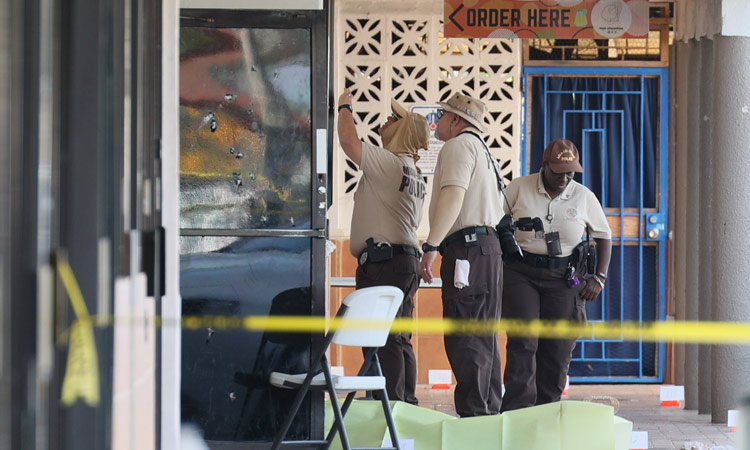 Police investigate near shell case evidence where a mass shooting took place outside of a banquet hall in Hialeah, Florida, on Sunday. AFP

Assailants opened fire on a crowd outside a concert in Florida early on Sunday, killing two people and wounding more than 20, police and media reports said.

Three people got out of a white SUV and fired assault-style weapons and handguns at revellers gathered at the El Mula Banquet Hall near Hialeah, a city in Miami-Dade county, according to local media.

"I am at the scene of another targeted and cowardly act of gun violence, where over 20 victims were shot and 2 have sadly died," Miami-Dade police director Alfredo Ramirez said on Twitter. "These are cold blooded murderers that shot indiscriminately into a crowd and we will seek justice." 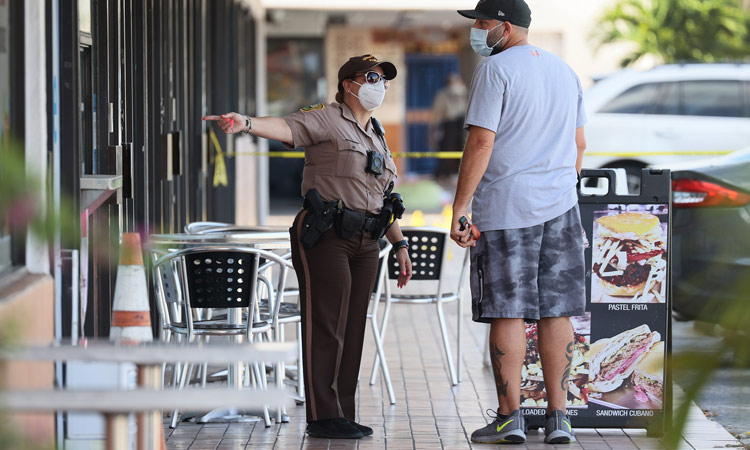 A police officer speaks with Alberto Rodriguez after he came to look in on his daycare centres, located next to where a mass shooting took place. AFP

CNN said 20 to 25 wounded victims were taken to local hospitals. CBS4 Miami said at least one was in critical condition, and that police had no one in custody as of early Sunday.

Florida Governor Ron DeSantis said state authorities were working to catch the perpetrators. "Justice needs to be swift & severe!" he wrote on Twitter.

The United States saw at least 200 mass shootings in the first 132 days of this year, according to a report by the Gun Violence Archive, a non-profit research group. 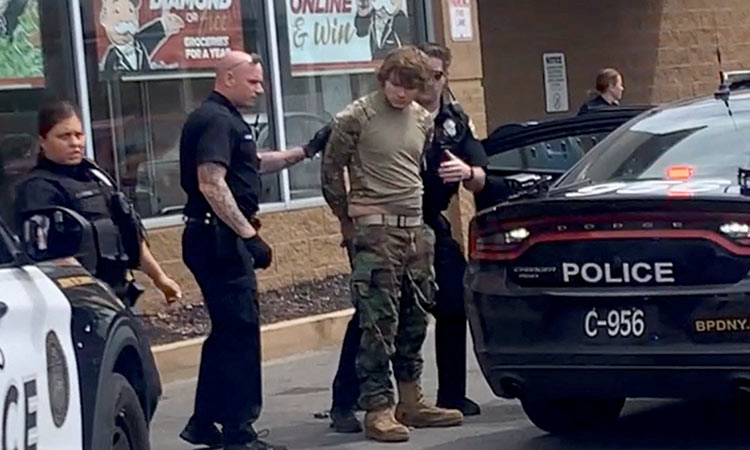 Ten killed in ‘racially motivated’ shooting at US grocery store

The gunman, who was wearing body armor and a helmet, was arrested after the massacre, Buffalo Police Commissioner Joseph Gramaglia told a news conference.