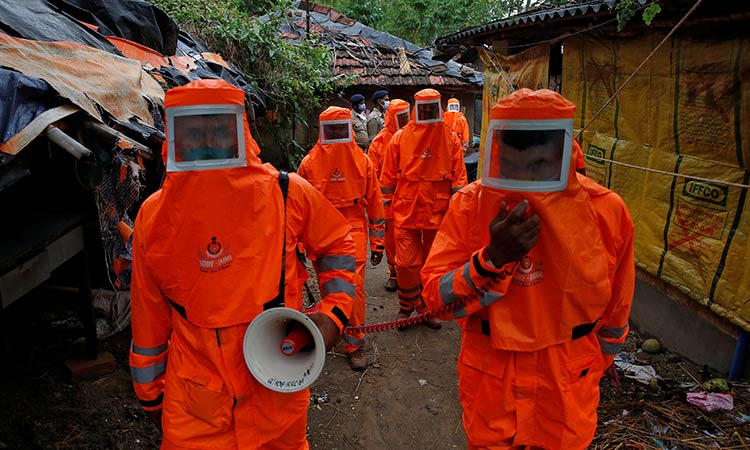 Members of the National Disaster Response Force use a megaphone to appeal to residents to move to safer place ahead of Cyclone Yaas in Purba Medinipur district on Tuesday. Reuters

A tornado ripped through eastern India on Tuesday, killing at least two people and damaging dozens of homes as a powerful cyclone neared the coast, officials said, while authorities tried to move over a million people to safety from low-lying areas. 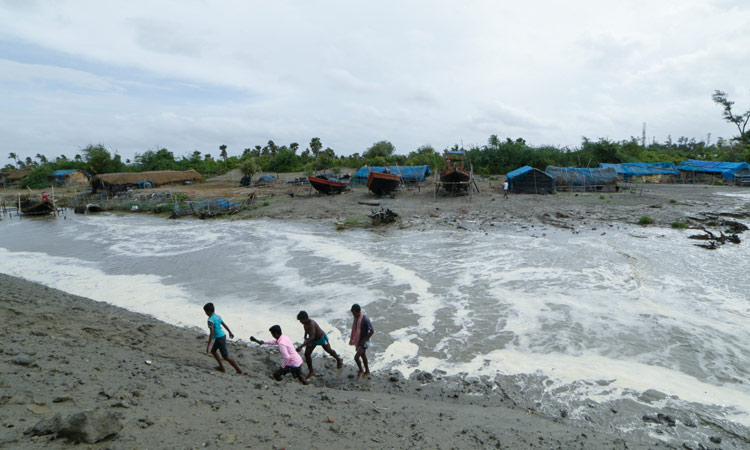 Villagers walk past as sea water gushes in after breaking an embankment on the Bay of Bengal coast. AP

Cyclone Yaas was powering across the Bay of Bengal and would batter the eastern states of Odisha and West Bengal, and also Bangladesh, on Wednesday, the India Meteorological Department (IMD) said. "It is likely to cause large-scale damage," IMD chief Mrutyunjay Mohapatra told Reuters by telephone.

A freak tornado that some experts said was linked to the incoming storm snapped electricity lines, which electrocuted two people, and damaged around 45 houses in West Bengal's Hooghly district, a government official said. 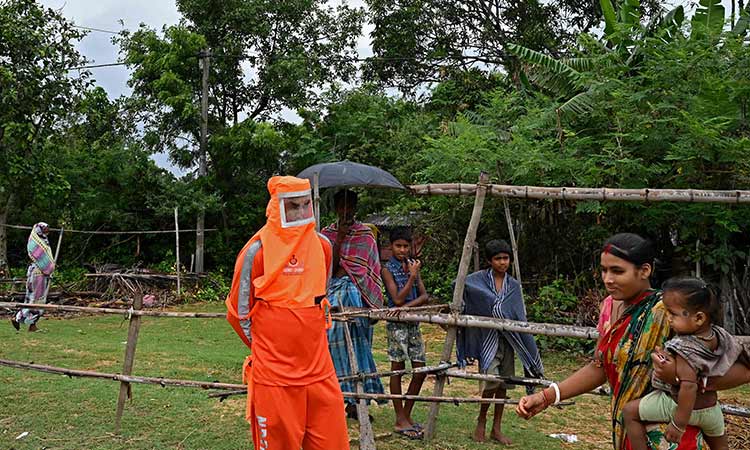 NDRF personnel walk along a village urging the villagers to evacuate before the landfall of Cyclone Yaas in Digha. AFP

In all, the state had already moved around 900,000 people in several coastal districts to storm shelters, West Bengal Chief Minister Mamata Banerjee told reporters. But neighbouring Odisha state appeared likely to face the brunt of Cyclone Yaas — the second cyclone to hit the country in a week — where officials also began moving people in cars and boats into storm shelters and other sturdy structures.

Pregnant women and children were sent to government hospitals, as fishermen shifted boats to safety inland.

In Odisha's Balasore district, close to where the cyclone is expected to make landfall, volunteers broadcast alerts over megaphones, urging people to move. 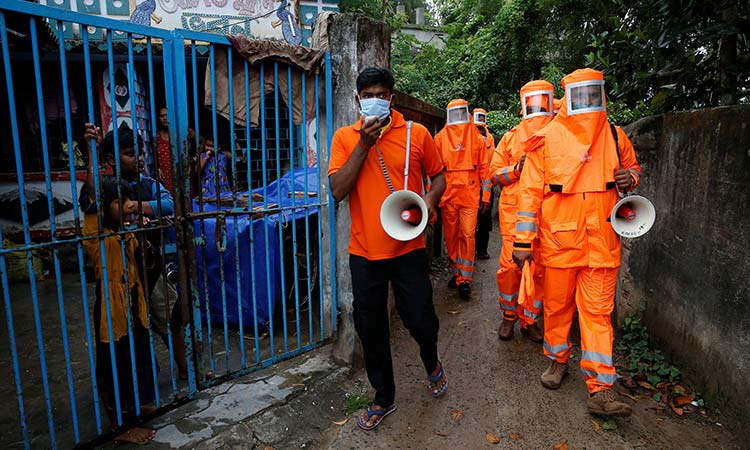 Members of the NDRF use megaphones to appeal to residents to move to safer place. Reuters

"Evacuation is always a challenge. In general, there is a reluctance ... this time we have COVID," said Vishal Kumar Dev, an official overseeing relief efforts in Balasore. "Often people say, 'We'll go only when the rain increases.' We're convincing them." 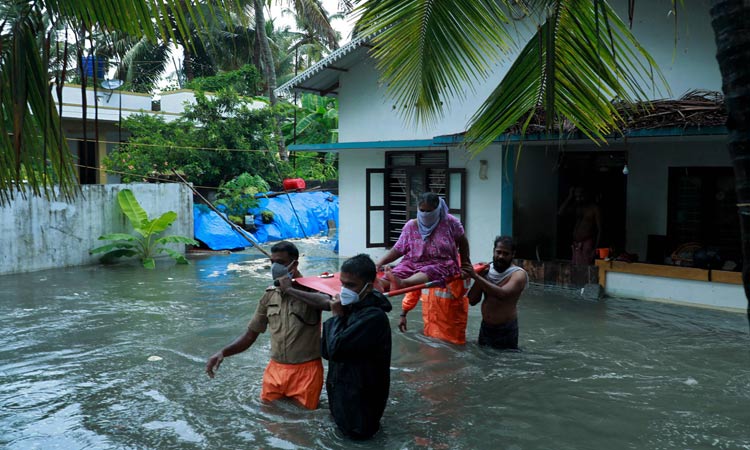