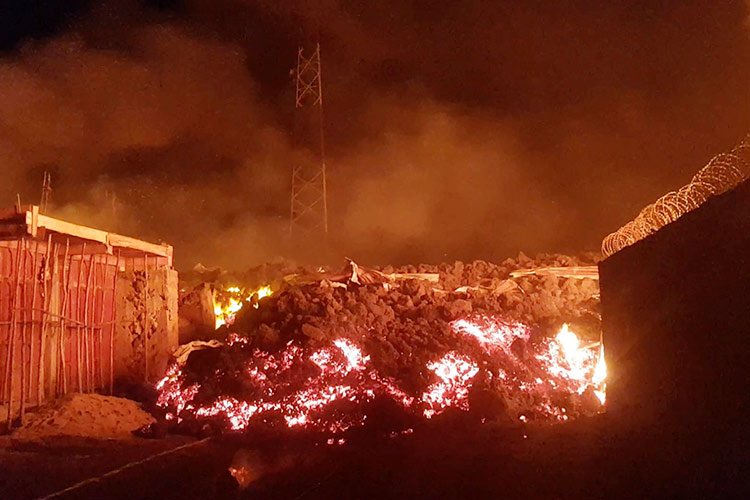 Flowing lava from the volcanic eruption of Mount Nyiragongo, which occurred late on Sunday, is seen between buildings in Goma. AFP

The flaming, red-glowing lava pouring out of a volcano that erupted in the Democratic Republic of Congo on Sunday appears to have halted after reaching the suburbs of the city of Goma, according to an AFP correspondent at the scene.

Thousands of people fled when Mount Nyiragongo erupted during the night sending the still-unstable molten rock on a path to the eastern city. 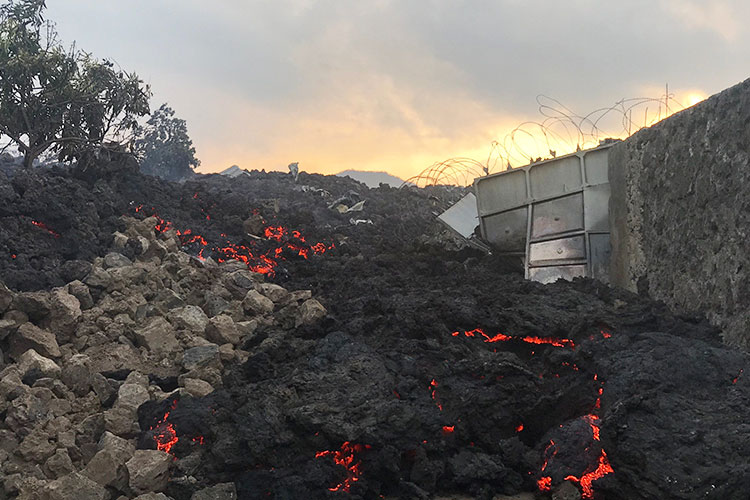 Officials said the lava had reached Goma city airport — located on the outskirts of the metropolis on the shores of Lake Kivu — although residents said it had stopped at the edge of the facility.

Around a dozen earth tremors were felt in Goma in the early morning.

"People are beginning to return to their homes. The situation seems to have calmed down for the moment," one resident said. 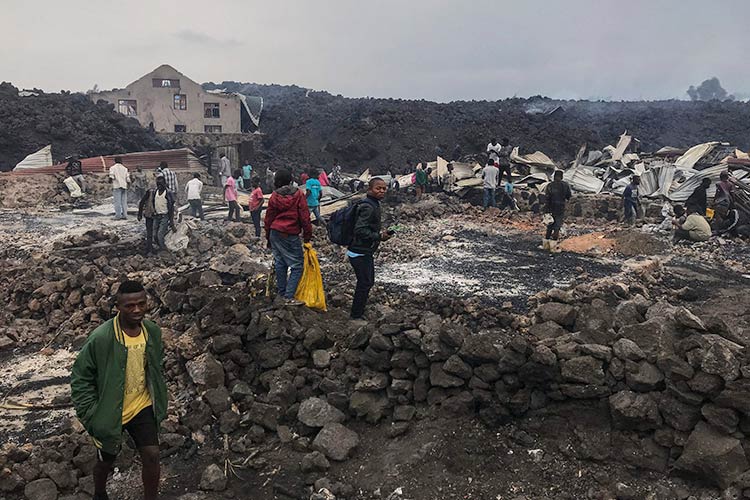 Residents are seen standing next to destroyed structures near smouldering ashes. AFP

"But people are still scared. The authorities still haven't made any official announcement so far this morning," he added.

The last time Nyiragongo erupted was January 17, 2002, killing more than a hundred people and covering almost all of the eastern part of Goma with lava, including half of the airport's landing strip.

During that eruption, the victims were mostly sick or elderly abandoned to their fate in the northern districts of the city with some looting also taking place. 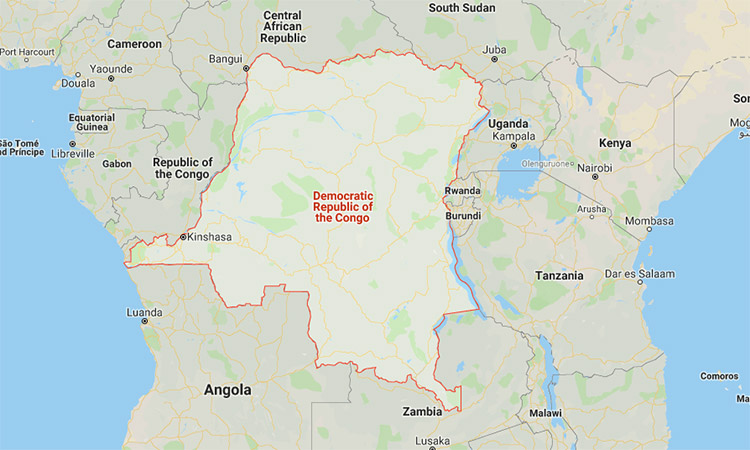