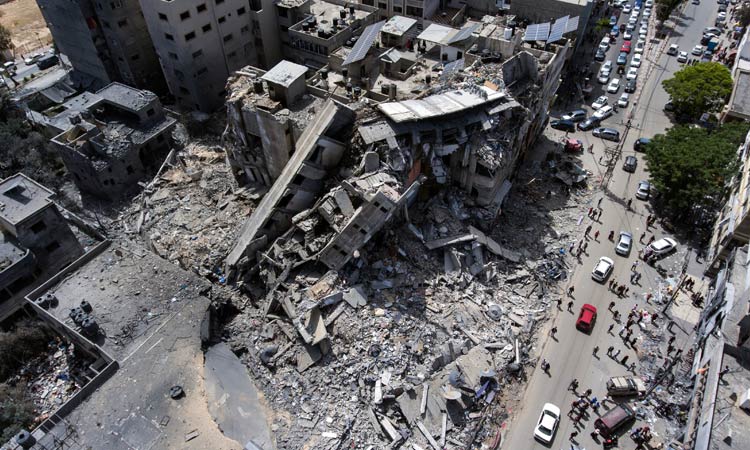 An aerial view of a destroyed building after it was hit last week by Israeli airstrikes in Gaza City on Saturday. AP

President Joe Biden on Friday pledged to help organise efforts to rebuild Gaza and said creating a Palestinian state alongside Israel is the "only answer" to the conflict.

Biden also said he had told the Israelis to stop "intercommunal fighting" in the flashpoint city of Jerusalem. 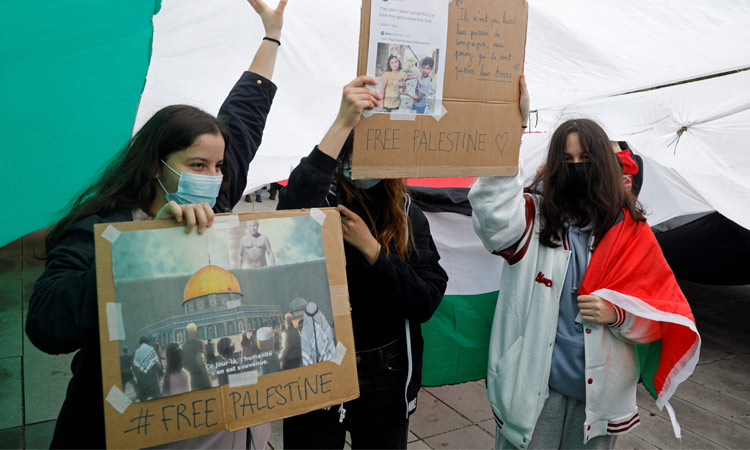 Protesters display placards during a demonstration in solidarity with the Palestinian people in Paris on Saturday. AFP

However he stressed "there is no shift in my commitment, commitment to the security of Israel" and added that until the region "unequivocally" acknowledges Israel's existence "there will be no peace."

US policy under Donald Trump was criticised as being blatantly pro-Israel and ignoring the Palestinians.

A Mideast peace plan devised by Trump's adviser and son in law Jared Kushner was billed as providing for a two-state solution. But that blueprint envisioned a Palestinian state with only limited sovereignty and Israel maintaining security over that state. 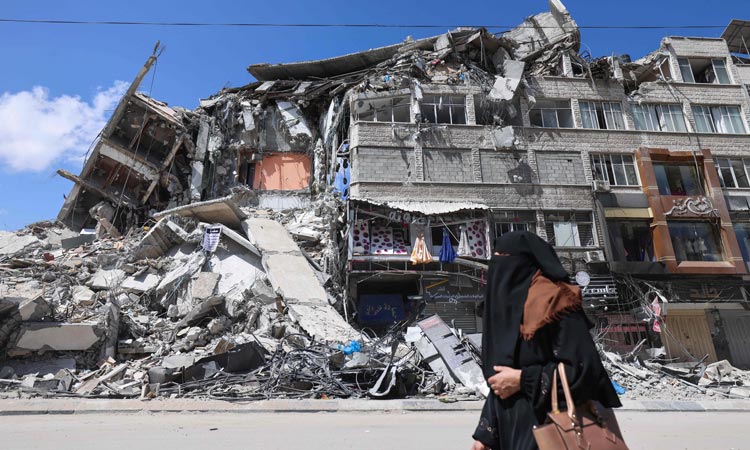 The plan was rejected out of hand by Palestinian leaders. Biden on Friday insisted on a full-blown two state remedy. "There is no shift in my commitment to the security of Israel, period, no shift, not at all," he said. "But I tell you what there is a shift in. The shift is that we still need a two-state solution. It is the only answer, the only answer," Biden stated.

But in Jerusalem, Israeli police cracked down on stone-throwing protesters at the highly sensitive Al Aqsa mosque compound, two weeks after similar clashes sparked the conflict's worst escalation in years.