Sheikh Sultan poses with children during the opening of the Sharjah Children's Reading Festival at Sharjah Expo Centre on Wednesday.

Organised by Sharjah Book Authority (SBA), and themed ‘For Your Imagination’, the 12th edition of the region’s largest festival of its kind, runs until May 29 at Sharjah Expo Centre.

The 11-day festival open to visitors from 4:00pm – 10:00pm, excluding Saturdays from 10:00am – 8:00pm, will host the 9th edition of the Sharjah Children's Book Illustration Exhibition, and in-person and online literary discussions by 32 participating authors from 15 countries.

Children and youth will have the opportunity to explore the world of comics through 110 workshops and 22 shows presented by specialists and artists, and 385 activities led by experts and specialists that will enrich their imagination and knowledge, including SBA's very first production titled Dreams Book, and a series of events and workshops that will be held across the country.

The 11-day festival is held while complying with a comprehensive COVID-19 preventative plan that includes a daily sanitisation drive throughout the venue's halls and common areas, as well as thermal scanning at all access points, and placement of hand sanitiser stations across the venue. In addition, precautionary practices such as face masks and social distancing will be mandatory throughout the 11-day event. 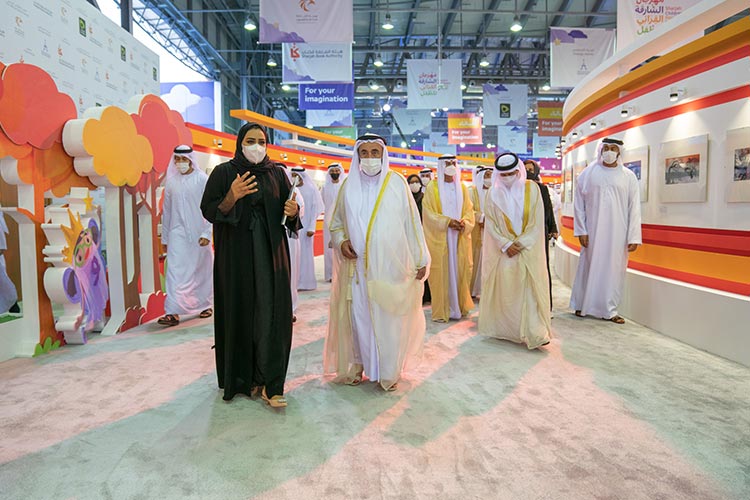 Sheikh Sultan takes a tour of the different pavilions at festival.

After cutting the ceremonial ribbon to mark the opening of the 11-day festival, the Sharjah Ruler was welcomed in with a vibrant dance performed by a group of young girls from the emirate who conveyed the message of the importance of reading through a charming routine.

After this, Sheikh Sultan began the tour of the festival, which will feature 537 specialised activities including kids workshops, storytelling, cookery shows, comics and anime workshops, social media activities, author discussions, dances and theatre, which will be led by 32 Arab and international authors, artists, illustrators and experts.

The Sharjah Ruler visited the Ministry of Education’s pavilion and was briefed on the Ministry’s educational initiatives implemented in collaboration with partnering entities to develop reading as a lifelong habit in the UAE’s school students.

Sheikh Sultan then moved to the Sharjah Private Education Authority’s pavilion and received an overview of their educational and academic programmes designed specially to foster reading.

The Sharjah Ruler was also briefed on Sharjah Police Department’s publications for children and other books that highlight the entity’s key role in safeguarding and engaging community. 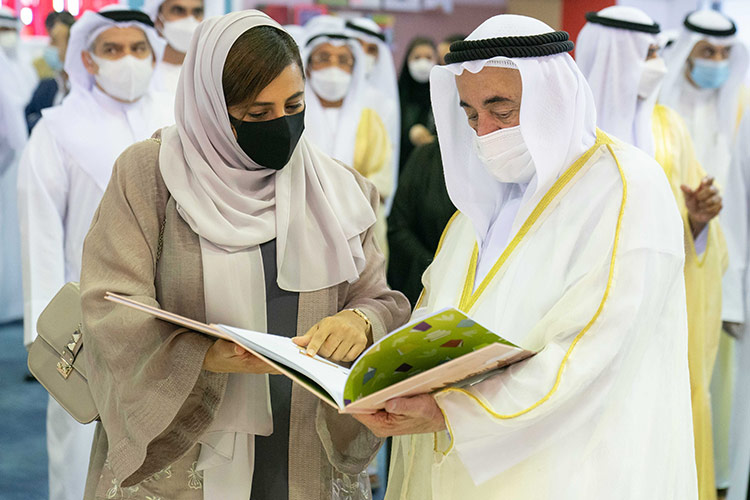 Sheikh Sultan have a look at a book at the festival.

Sheikh Sultan also visited the Emirates Publishers Association (EPA)’s pavilion and was briefed on the growing number of local publishers dedicated to children, as well as the key educational and cultural publications that are part of EPA’s member community.

He visited the House of Wisdom pavilion and got acquainted with the cultural activities it offers to children and other visitors of all age groups.

Sheikh Sultan visited Kalimat Group’s pavilion and explored the latest literary and cultural titles produced by the local publishers, in addition to the initiatives and workshops they organise to nurture children’s reading and writing skills.

At the Sharjah Broadcasting Authority (SBA), Sheikh Sultan followed up on the cultural programmes of all their TV and Radio shows dedicated to promoting reading.

The Sharjah Ruler rounded off the tour with a visit to several publisher booths and was briefed on the various sections of the festival, which will host the different activities and workshops this year.

Thousands of books, games and other materials on art, craft, science, STEM, etc., for children and young adults have been brought to SCRF 2021 by 172 publishers from 15 countries. 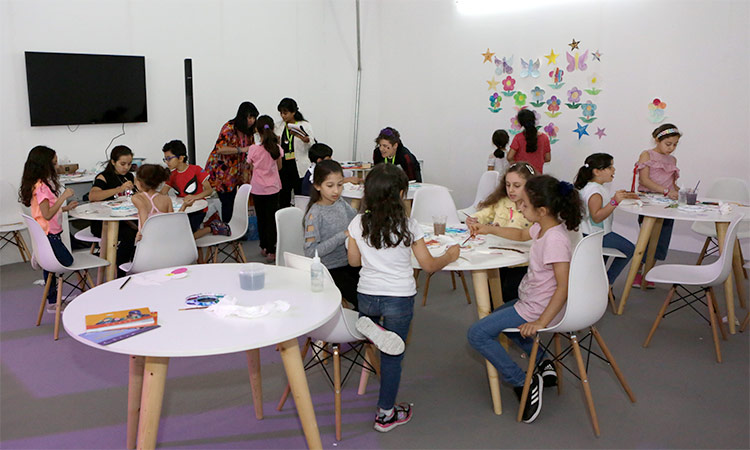 The creative writing session by authors Ruth Paul and Juliette MacIver at Sharjah Children’s Reading Festival must have been very interesting (“NZ authors give tips on creativity,” April 20, Gulf Today). 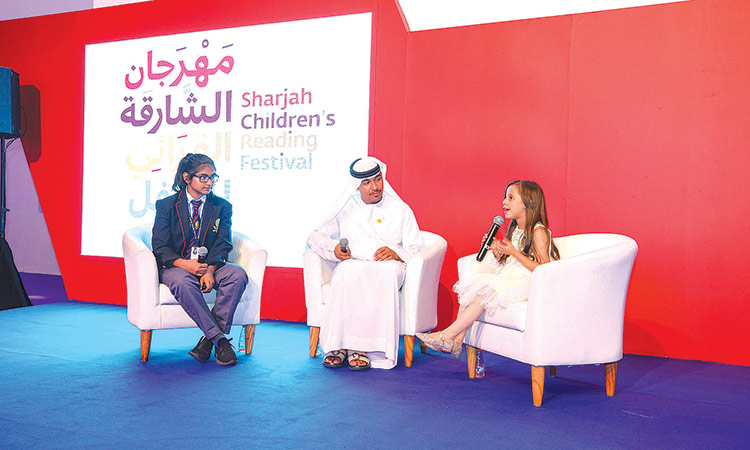 Arya Ajay Vyas, is a 12-year-old popular YouTuber with a channel called ‘Wish Big’. A student of Mayoor Private School in Dubai, she also credited for a blog. Taking the stage of the Creative Kids Café on day 2 of Sharjah Children’s Reading Festival (SCRF) 2019, Arya revealed how her passion for reading and creativity earned her the first prize at the Oxford UAE Read Competition, which was conducted to celebrate the Year of Reading. 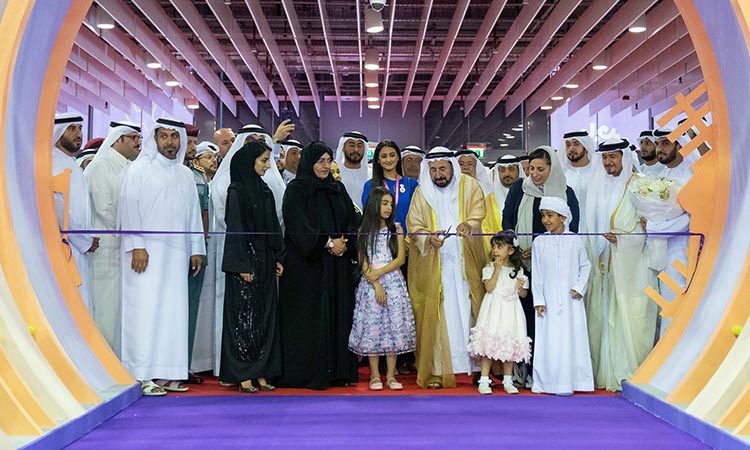