VIDEO: Cyclone Tauktae will have no effect on UAE, says weather agency - GulfToday 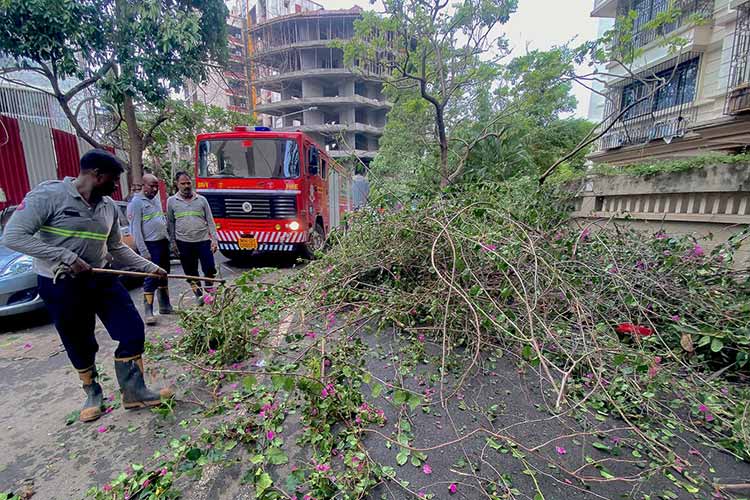 Firefighters work to clear an uprooted tree from a street after Cyclone Tauktae hit the west coast of India on Tuesday. AFP

“The Tropical Cyclone in the Arabian Sea weakens into a Tropical storm shortly landfall over the northwest Indian coast,” tweeted NCM.

“It is expected to weaken further into Tropical Depression while it continue moving north-northeast,” NCM said further.

“The NCM is monitoring the situation and will provide residents all the updates about tropical situation,” it tweeted.

At least 27 people were dead and almost 100 missing on Tuesday after a monster cyclone slammed India, compounding the country's woes as it recorded a new record number of coronavirus deaths in 24 hours.

The colossal swirling system dubbed Cyclone Tauktae is the latest in what experts say is a growing number of increasingly severe storms in the Arabian Sea as climate change warms its waters.

Hundreds of thousands of people were left without power after the storm hit the Gujarat coast in western India on Monday evening, leaving a trail of death and destruction.

Winds up to 130 kilometres per hour smashed seafront windows and knocked over power lines and thousands of trees, blocking roads leading to affected areas, officials said. 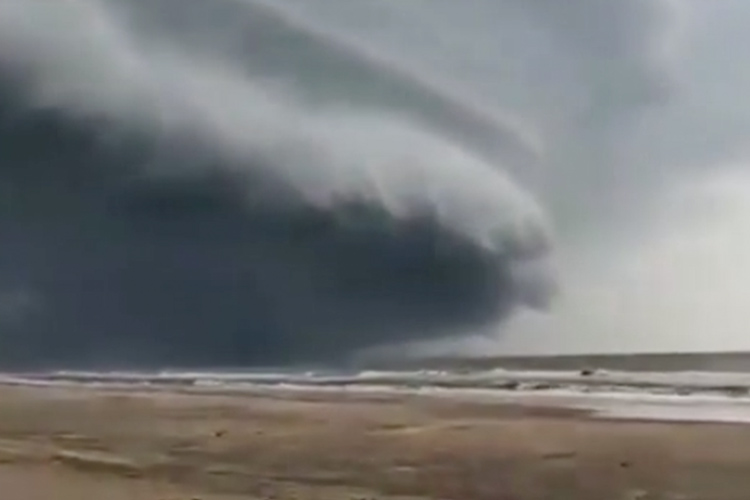 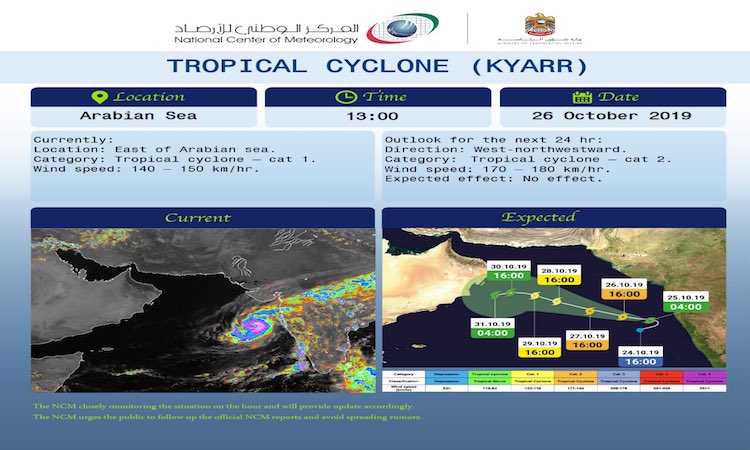 Residents in UAE need not worry about the threats Cylone Kyarr may pose as the NCM has announced that the cylone is not going to have any direct impact on the country.