Attacks to continue on Gaza as long as necessary, says defiant Israel - GulfToday 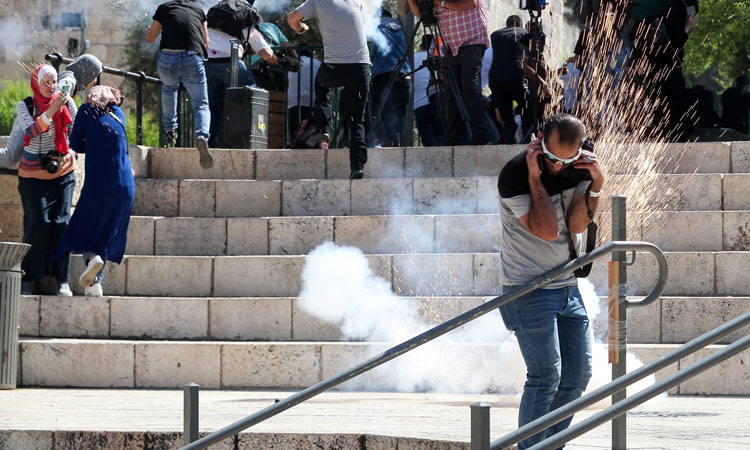 People react to a stun grenade fired by Israeli police officers during a demonstration at Jerusalem's Old City on Tuesday. Reuters

Israel bombarded Gaza with air strikes on Tuesday after a brief overnight lull during which the UN sent a small fuel convoy into the enclave, where it says 52,000 people are now displaced. Israeli leaders said they were pressing on with an offensive to destroy the capabilities of Hamas and Islamic Jihad, amid calls by the United States and other world powers for an end to the conflict. 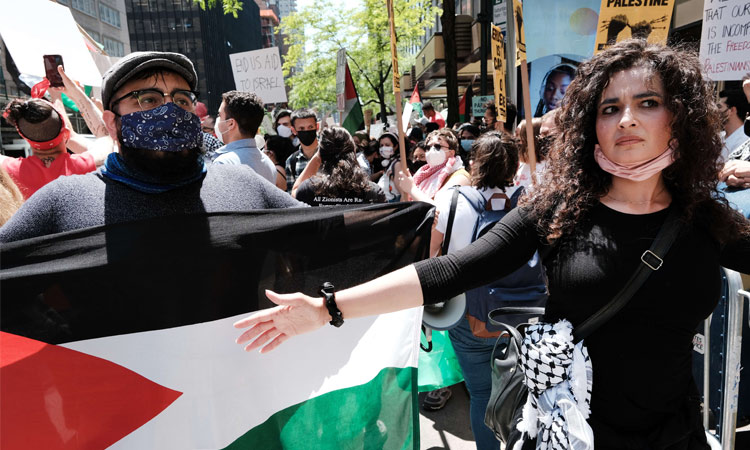 Hundreds of protesters gather in front of the Israeli Mission to the UN to voice their anger in New York City on Tuesday. AFP

Calling Netanyahu on Monday night, US President Joe Biden said Israel had the right to defend itself against rocket attacks but encouraged it to make every effort to protect civilians, the White House said.

Egypt and UN mediators also stepped up diplomatic efforts, and the UN General Assembly will discuss the violence on Thursday. Germany called for a ceasefire and offered more aid to help Palestinians before emergency European Union talks.

European Union foreign ministers called on Tuesday for a ceasefire to end days of heavy fighting between the Israeli armed forces and Hamas group, but said that a longer-term political solution must be found to end decades of conflict between them. 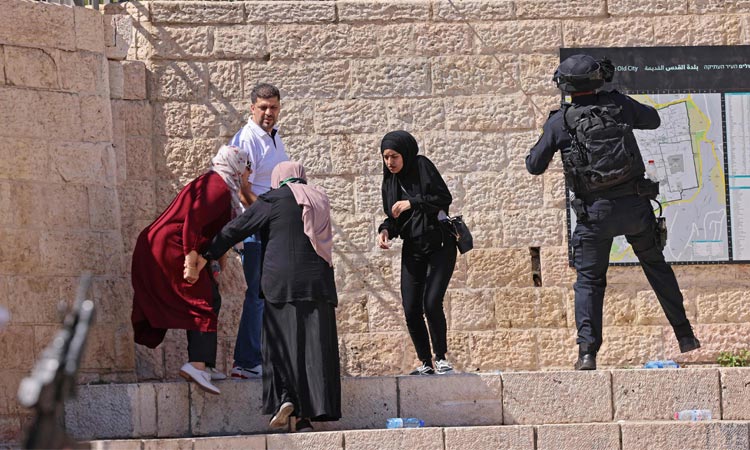 Sisi is currently in Paris for summits on Africa while Abdullah joined by video conference, the Elysee Palace said. The French presidency said that the trilateral summit meeting aimed “above all to work for a rapid ceasefire and prevent the conflict from extending.”

EGYPT PLEDGES $500M: Sisi pledged $500 million to help reconstruction efforts in Gaza, his office said. “Egypt will provide $500 million... for the reconstruction process in the Gaza Strip as a result of recent events, with expert Egyptian construction companies implementing the rebuilding,” the presidency said in a statement.

Israeli forces and protesters meanwhile clashed at multiple flashpoints across the occupied West Bank and in east Jerusalem, hospitalising scores after Palestinians took to the streets in solidarity with their besieged counterparts in Gaza. 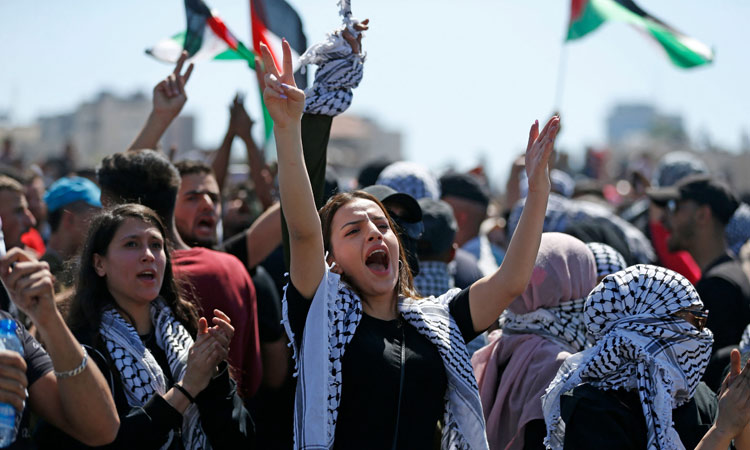 Hundreds of protesters gather in front of the Israeli Mission to the UN to voice their anger in New York City. AFP

Israel’s intense bombing campaign on Gaza has killed 213 Palestinians, including 61 children, and wounded more than 1,400 people in Gaza in more than a week of fighting, according to the health ministry in Gaza.

“They destroyed our house but I don’t know why they targeted us,” said Nazmi Al Dahdouh, 70, of Gaza City who remained shocked by what he called “a terrifying, violent night.”

A convoy of international aid trucks that started rolling into Gaza through a border crossing from Israel, Kerem Shalom, was halted when Israel quickly shuttered it again, citing a mortar attack on the area.

The UN Security Council session, the fourth since the conflict escalated, was called after the United States, a key Israel ally, blocked adoption of a joint statement calling for a halt to the violence on Monday for the third time in a week.

CRISIS DIPLOMACY: US President Joe Biden, having resisted joining other world leaders and much of his own Democratic party in calling for an immediate end to hostilities, told Netanyahu Monday night he backs a ceasefire, but stopped short of demanding a truce.

France and Egypt are pushing for a ceasefire deal, while Qatar and Egypt are working through another channel, via the UN. The conflict risks precipitating a humanitarian disaster, with the UN saying nearly 40,000 Palestinians have been displaced and 2,500 have lost their homes.

Fighter jets have hit what the Israeli military dubs the “metro,” its term for Hamas’s underground tunnels, which Israel has previously acknowledged run in part through civilian areas.

A strike on Monday knocked out Gaza’s only COVID-19 testing laboratory, the health ministry said, and the Red Crescent said a strike damaged one of its offices in the enclave.

The rate of positive coronavirus tests in Gaza has been among the highest in the world, at 28 per cent.

Hospitals in the territory, which has been under Israeli blockade for almost 15 years, have been overwhelmed by patients and there are frequent power blackouts.

Palestinians across the West Bank and in Israeli-annexed east Jerusalem mobilised on Tuesday for protests and a general strike that shuttered non-essential businesses, in support of those under bombardment in Gaza. 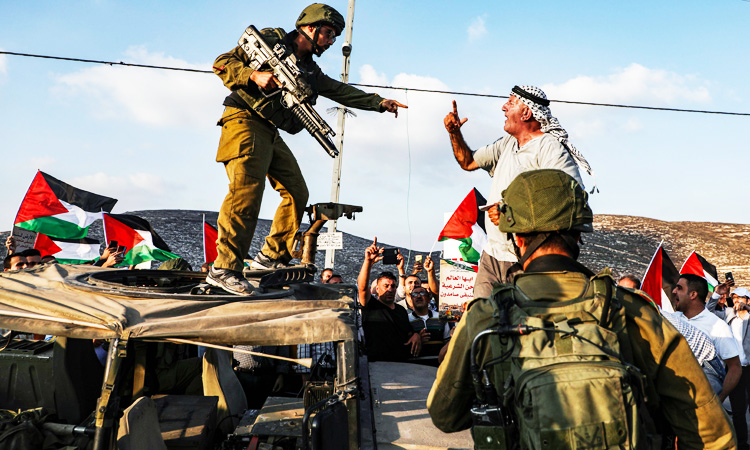