Thousands rally across Europe to back Palestinians - GulfToday 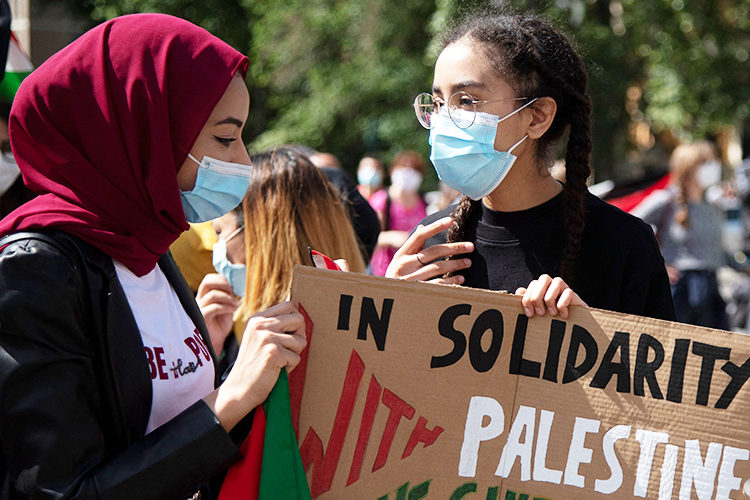 Pro-Palestinian supporters stage a demonstration in solidarity with the Palestinians..

Packed crowds stretched all along Kensington High Street where the embassy is located.

Organisers claimed as many as 150,000 people had gathered for the London march, one of several across Britain, though London police said they were unable to confirm any figure.

Simon Makepace, a 61-year-old accountant told AFP he had joined the protests because "the whole world should be doing something about it, including this country".

Azadeh Pyman, a 50-year-old scientist said she had been raised on the Palestinian cause by her parents and grandparents. 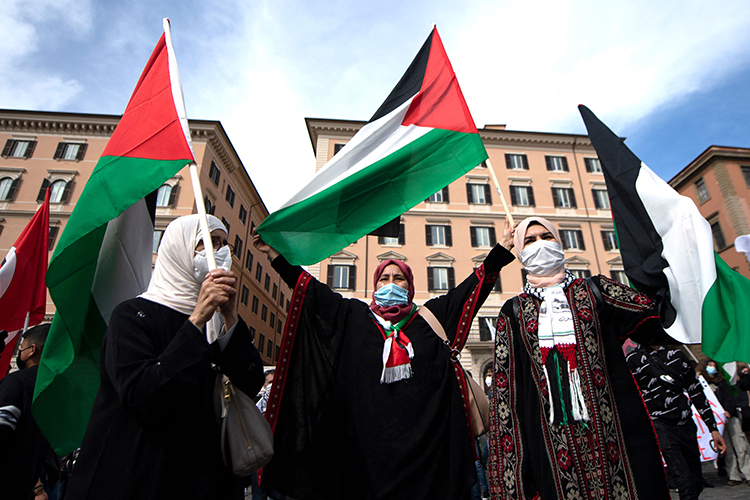 People hold flags as they protest in Italy.

Across North America, in turn, gatherings to show solidarity with Palestinians took place in cities including Boston, Washington, Montreal and Dearborn, Michigan.

Several hundred people turned out in the Bay Ridge area of Brooklyn, New York, chanting "Free, free Palestine" and "From the river to the sea, Palestine will be free."

They waved Palestinian flags and held placards that read "End Israeli Apartheid" and "Freedom for Gaza."

The marches came amid the worst Israeli-Palestinian violence since a 2014 war in Gaza.

Thousands marched in Berlin and other German cities following a call by the Samidoun collective. 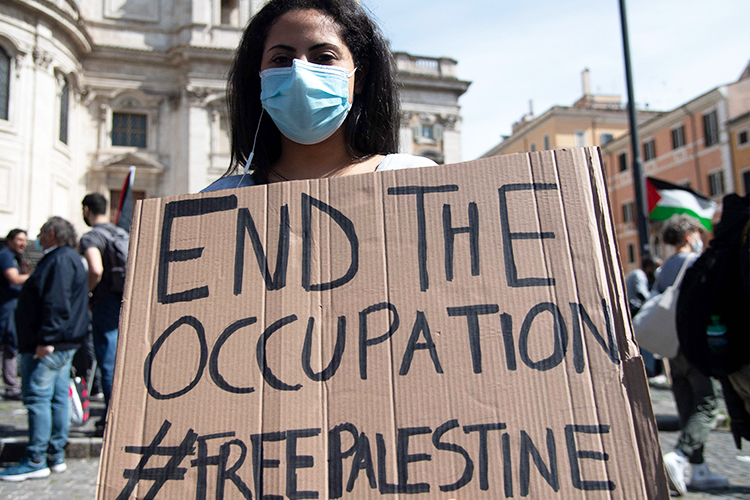 A lady holds a placard during the protest.

The protesters shouted "Boycott Israel" and threw paving stones and bottles at the police, leading to several arrests.

Other protests were held in Frankfurt, Leipzig and Hamburg.

In Greece, police said around a thousand people marched on the US embassy in Athens. Riot police used water cannon and there were minor scuffles with protesters in front of the embassy, AFP correspondents reported.

"No need to be Muslim to support the Palestinians," read one placard: "You just need to be a human being."