Egypt sends ambulances to pick up wounded from Gaza - GulfToday 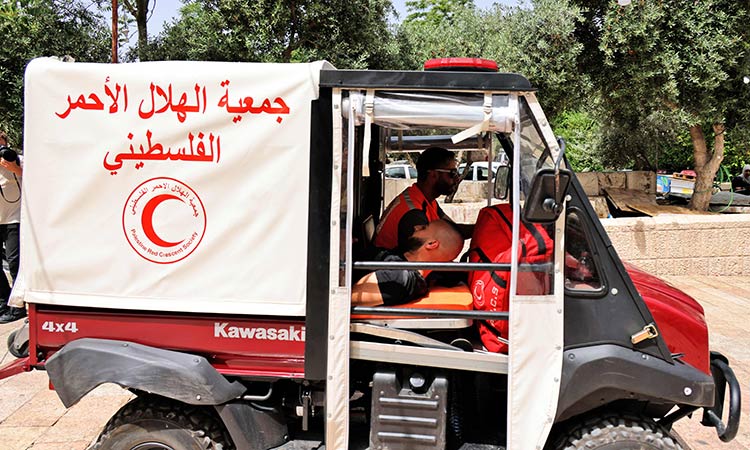 A wounded Palestinian protester lies in a Palestinian Red Crescent mini-ambulance after being evacuated from the Aqsa mosque compound in occupied Jerusalem, amidst clashes with Israeli security forces. AFP

Egypt sent 10 ambulances into Gaza on Saturday to pick up casualties of Israeli bombardments for treatment in Egyptian hospitals, medical and security sources said.

The ambulances entered Gaza at the Rafah crossing, which is otherwise closed for five days over the Eid Al Fitr holiday and the weekend and is due to reopen on Monday, according to Reuters.

Protesters march in Sydney Melbourne against Israeli attacks on Gaza

A further five ambulances have been deployed to enter Gaza later and three Egyptian hospitals have been readied to provide treatment, the sources and local health officials said.

Egypt, which is leading regional efforts to restore calm, had been pushing for a ceasefire overnight pending talks, two Egyptian security sources said. Egypt, which shares a border with Gaza, has been leaning on Hamas and pressing others, such as the United States, to secure an agreement with Israel.

The Egyptian and Jordanian foreign ministers discussed efforts to end the Gaza confrontation and to prevent "provocations" in Jerusalem, Egypt's Foreign Ministry said.