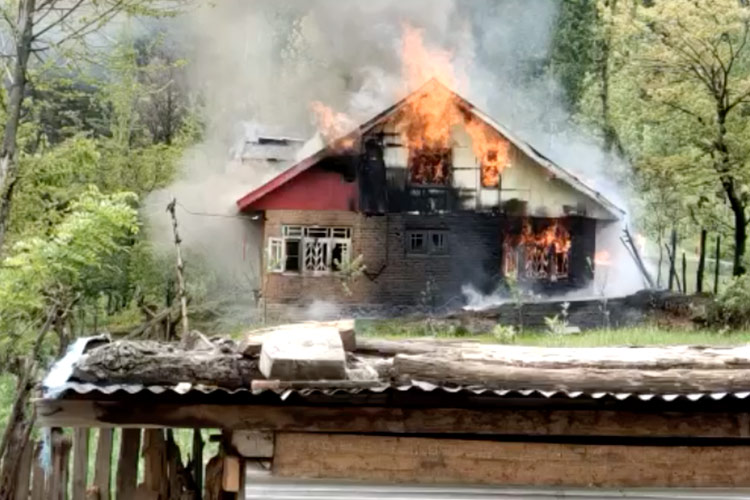 A still image of encounter taken from the videograb.

Three terrorists belonging to the proscribed terror outfit LeT killed in an encounter in South Kashmir's Anantnag district on Tuesday have been identified, police said.

Police in a statement said that Anantnag Police while acting on specific input regarding presence of three terrorists in a residential house at village Sheikhpora, Vailoo area of Kokernag, a joint cordon and search operation was launched by Police, Army's 19 RR and CRPF.

The joint teams also rescued all the civilians trapped in the gunfire and halted the operation for the time to ensure safety and safe evacuation of people from the area of gunfight.

After ensuring all the civilians are safe, the operation was resumed and all the terrorists were eliminated in the ensuing encounter. Bodies of the killed terrorists were retrieved from the site of encounter and they have been identified as Ilyas Ahmad Dar alias Sameer, resident of Danwathpora Kokernag, Ubaid Shafi alias Abdullah, resident of Batamaloo Srinagar and Aqib Ahmad Lone alias Sahil, resident of Khandaypora Kulgam.

Police said as per its records all the killed terrorists were linked with proscribed terror outfit LeT and part of the groups involved in several terror crime cases including attacks on security forces and security establishments.

"It is pertinent to mention that terrorist Ubaid Shafi was part of the terrorist group involved in carrying out the terrorist attack at Aaribagh area of Nowgam Srinagar on 01/04/2021 in which one Constable Rameez Ahmad attained martyrdom," police said.

Arms and ammunition including one AK-47 rifle, two pistols and incriminating materials have also been recovered from the site of encounter.

"All the recovered materials have been taken into case records for further investigation and to probe their complicity in other terror crimes," police said.

IGP Kashmir Vijay Kumar has congratulated police and security forces for conducting successful operation without any collateral damage. IGP Kashmir has also appealed to the parents of the misguided youth to help Police bring their wards back into mainstream.

"The last rites of the killed terrorists shall be performed after conducting medico-legal formalities and the nearest family members of local terrorist shall be allowed to participate in the last rites," police said.

Police have registered a case under relevant sections of law and investigation has been initiated. 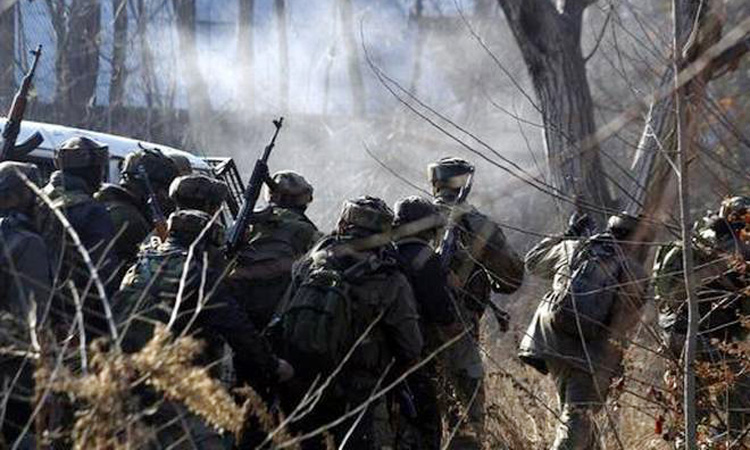 Indian forces have killed the leader of an Al Qaeda affiliated militant group in Kashmir, police said on Friday, triggering protests in parts of the disputed region. Zakir Rashid Bhat, 25,