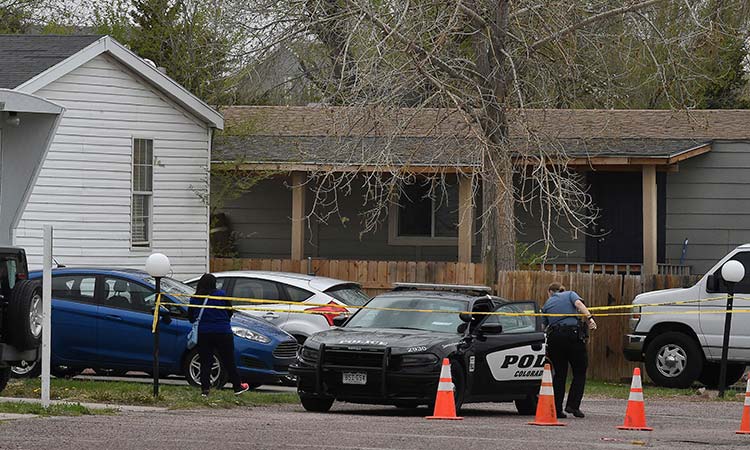 A police officer goes to help a person from behind the crime tape in Colorado. AP

A man opened fire on Sunday at a birthday party in Colorado, killing six people before taking his own life, US police said.

Colorado Springs police responded to an emergency call in the morning at a mobile home park, where they found six adults shot dead and one adult male who was seriously injured.

He was transported to a local hospital, where he died from his injuries.

Preliminary investigations revealed that families had gathered for a birthday party inside one of the trailers when the shooting occurred.

"The suspect, a boyfriend of one of the female victims, drove to the residence, walked inside and began shooting people at the party before taking his own life," the police said in a statement. 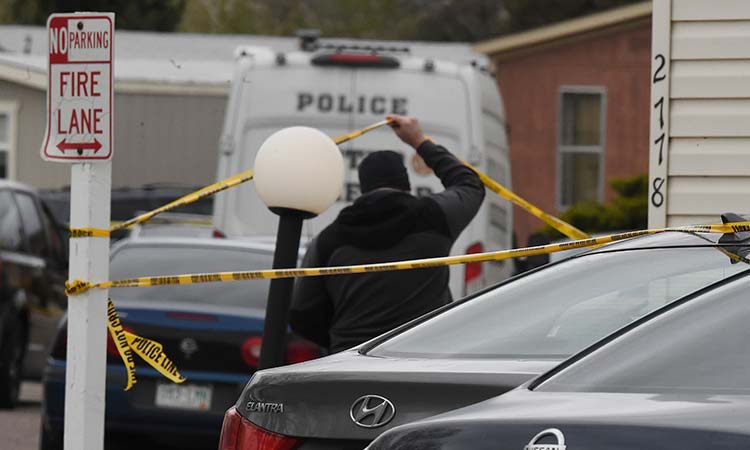 A police officer lifts up crime tape at the scene where multiple people were killed early on Sunday in Colorado. AP

"We are still investigating to determine a motive."

None of the children at the party were injured in the attack, according to the police, and they were being cared for by family members. The victims have not been publicly identified.

"From the officers who responded to the shooting to the investigators still on scene, we are all left incredibly shaken," said Colorado Springs police chief Vince Niski. "This is something you hope never happens in your own community."

Colorado Springs mayor John Suthers said the "senseless act of violence" had sent the community into mourning, and called for prayers for the victims, their families and the first responders.

It was the third mass shooting in Colorado Springs since October 2015, including a random Halloween massacre and an attack on a Planned Parenthood clinic in November that same year, local media said.

The United States has suffered a spate of mass shootings in recent weeks, including at a FedEx facility in Indianapolis, an office building in California, a grocery store in Boulder, Colorado and at several spas in Atlanta.

There were more than 43,000 gun-related deaths in the United States last year, including suicides, according to the Gun Violence Archive.