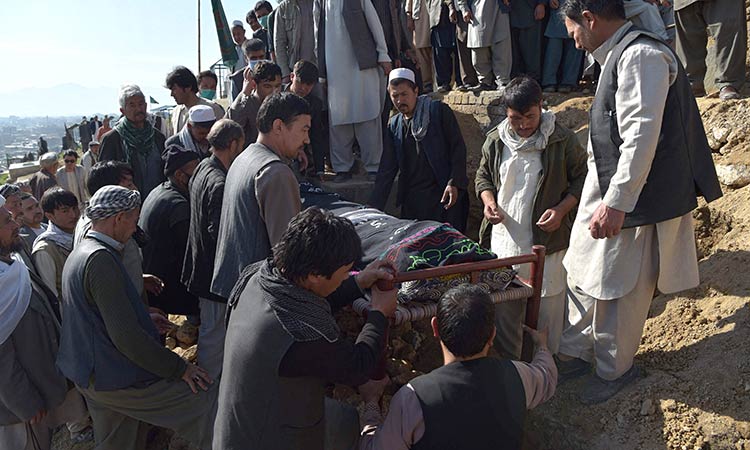 Mourners lower the body of a school girl for burial in Dasht-e-Barchi on the outskirts of Kabul on Sunday. AFP

Dozens of young girls were being buried Sunday at a desolate hilltop cemetery in Kabul, a day after a secondary school was targeted in the bloodiest attack in Afghanistan in over a year.

The government blamed the Taliban for the carnage, but the insurgents denied responsibility and issued a statement saying the nation needed to "safeguard and look after educational centres and institutions".

Saturday's blasts came as the United States military continues to pull out its last 2,500 troops from the violence-wracked country despite faltering peace efforts between the Taliban and Afghan government to end a decades-long war. 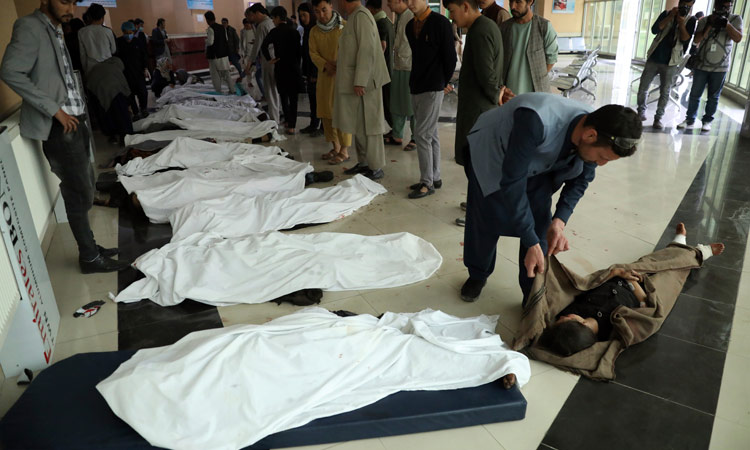 Relatives try to identify the bodies at a hospital after a bomb explosion near a school in Kabul. AP

The first explosion came from a vehicle packed with explosives, followed by two others, said Arian, adding that the casualty figures could still rise.

In the capital rattled by relentless bombings, Saturday's attack was among the worst. Criticism has mounted over lack of security and growing fears of even more violence as the US and NATO complete their final military withdrawal from Afghanistan. 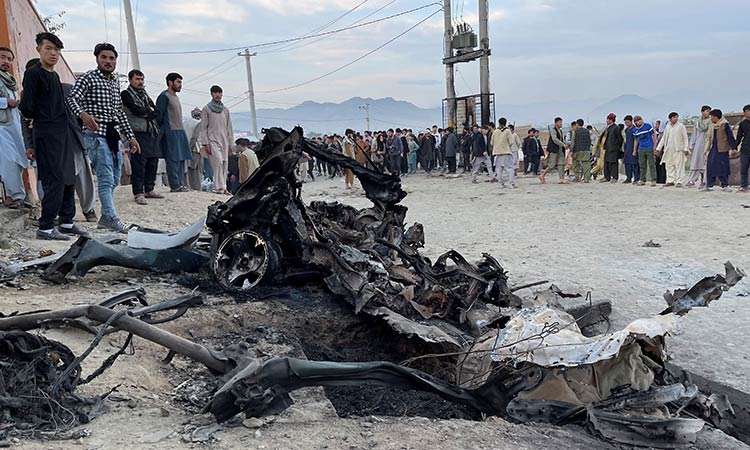 People stand at the site of a blast in Kabul, Afghanistan. Reuters

The attack targeted Afghanistan's ethnic Hazaras who dominate the western Dasht-e-Barchi neighborhood, where the bombings occurred. Most Hazaras are Shiite Muslims

The area has been hit by violence against minority Shiites and most often claimed by the Islamic State affiliate operating in the country. No one has yet claimed Saturday’s bombings. 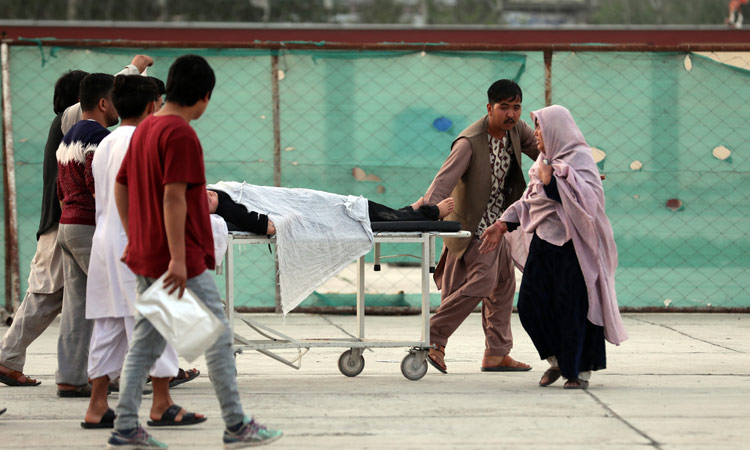 An injured school student is transported to a hospital after a bomb explosion near a school. AP

Residents in the area said the explosion was deafening. Naser Rahimi told The Associated Press he heard three separate explosions, and immediately thought that the sheer power of the blasts meant the death toll would almost certainly climb.

One of the students fleeing the school recalled the attack, the girls' screams of the girls, the blood.

"I was with my classmate, we were leaving the school, when suddenly an explosion happened, " said 15-year-old Zahra, whose arm had been broken by a piece of shrapnel. 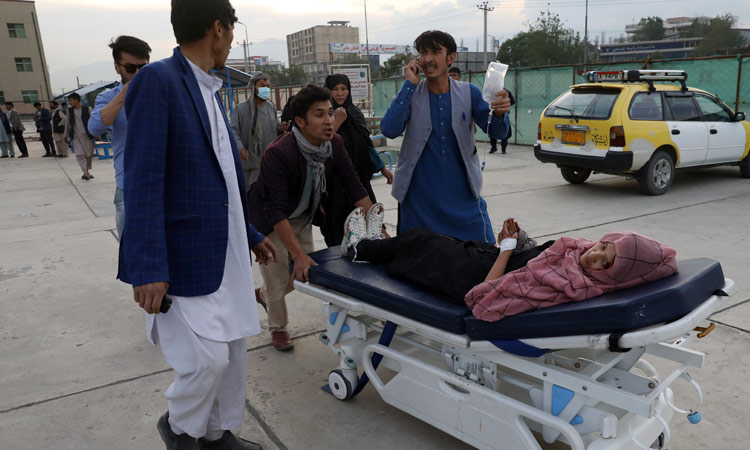