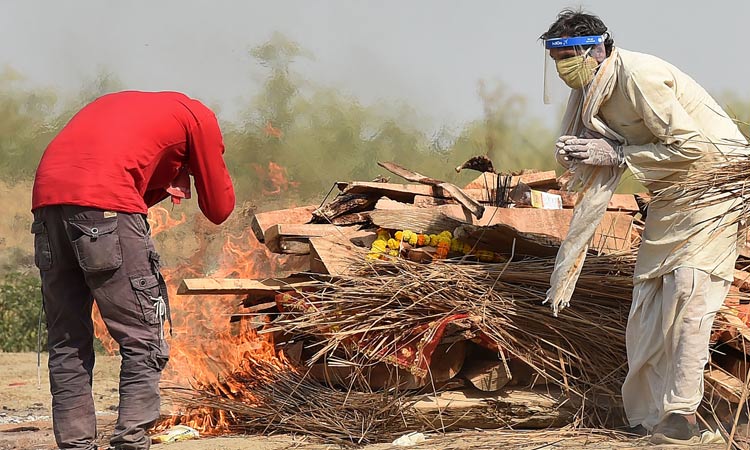 Family members perform the last rites during cremation of their loved one who died due to coronavirus at a cremation ground in Allahabad on Saturday. AFP

Cases rose by 401,078 on Saturday, bringing the total since the start of the pandemic to 21.9 million.

Medical experts say the real numbers of COVID-19 cases and fatalities are likely to be far higher than official tallies. 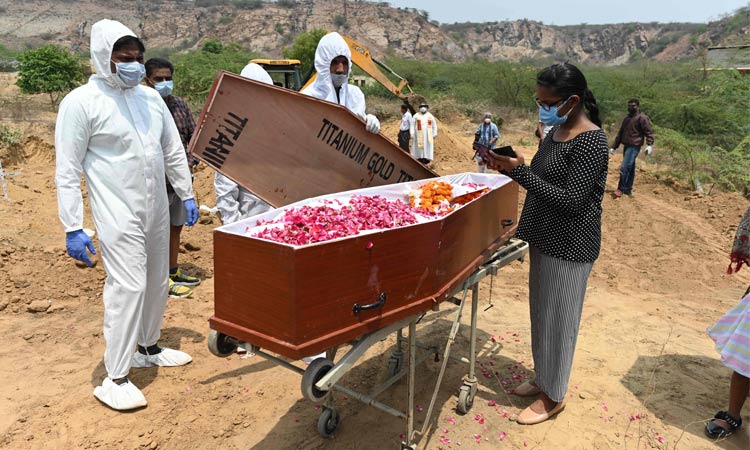 A relative takes a picture of a coronavirus victim before the burial at a Christian cemetery. AFP

Tamil Nadu, known for its automobile manufacturing including BMW, Daimler, Hyundai, Ford, Nissan and Renault, said it would move from a partial to a full lockdown on Monday, shutting public transport and state-run alcohol retailers.

Neighbouring Karnataka state extended a total shutdown late on Friday. The state capital Bengaluru is a major tech hub, home to major offices of companies including Google, Amazon and Cisco.

India is yet to impose a national lockdown as it did during its first wave last year, but around half of all its states have imposed a total shutdown. The rest are under a partial shutdown. 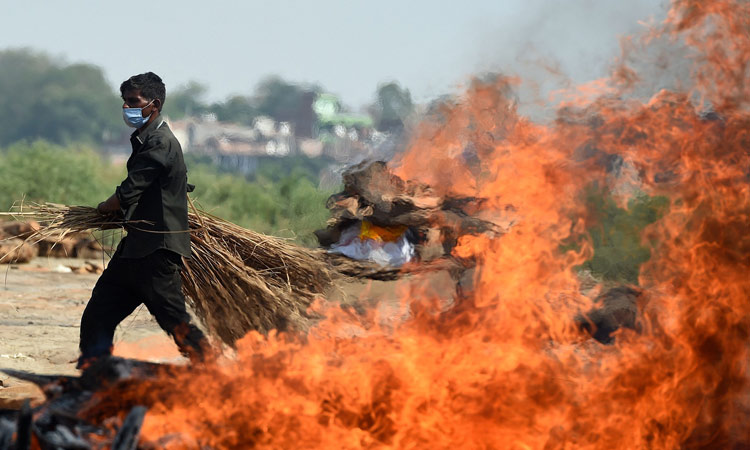 A worker walks past a burning funeral pyre of a person who died due to coronavirus. AFP

India's drug regulator on Friday approved for emergency use a new drug called 2-deoxy-D-glucose after clinical trials showed it aided the recovery of hospitalized patients and reduced dependence on supplemental oxygen.

Though it is the world's biggest vaccine maker, India is struggling to produce and distribute enough doses to stem the wave of COVID-19.

The country has administered over 167 million vaccine doses but its rate of inoculation has fallen in recent days and only around 2% of its 1.4 billion people have received the two doses needed to be fully immunised.

A CRISIS IN THE SOUTH

While cases in the country's northern and western areas have borne the brunt of the pandemic, southern states including Karnataka and Tamil Nadu have seen infections surge. 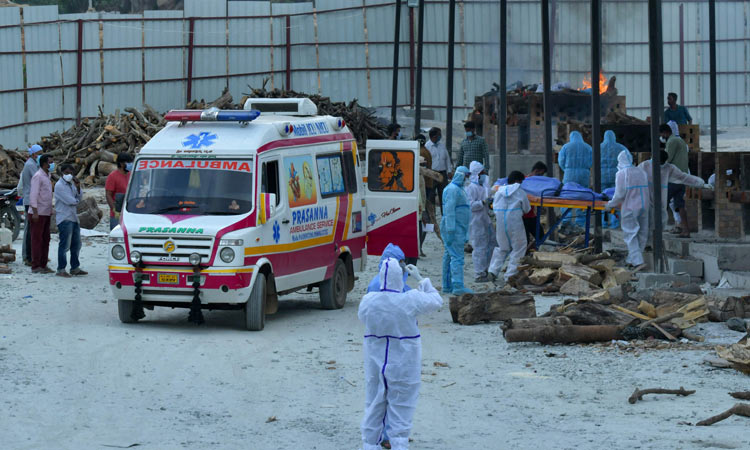 Family members and undertakers carry the body of a man at an open air crematorium set up for the coronavirus victims in Bangalore. AFP

The second wave of the coronavirus pandemic in India has brought the healthcare system to the brink of collapse, with patients dying due to lack of oxygen or access to hospital beds.

Prime Minister Narendra Modi has been criticised for his handling of the oxygen shortage, though the government says it is doing all it can.

"India must now restructure its response while the crisis rages. The success of that effort will depend on … implementing a public health response that has science at its heart."

Tamil Nadu chief minister M.K. Stalin said in a letter to Modi late on Friday that medical oxygen demand in the state could double in the next two weeks.
"The availability of oxygen in Tamil Nadu is very very critical," Stalin said, adding that 13 patients died in a hospital on the outskirts of Chennai due to the lack of oxygen.