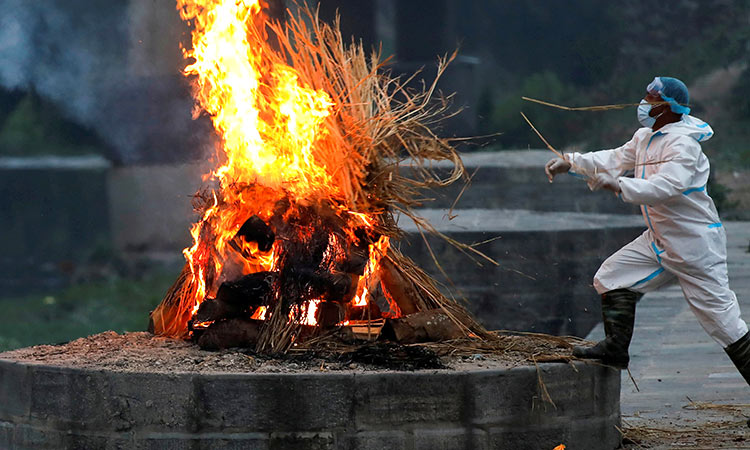 In a tragic incident, a 34-year-old woman sustained severe burns in Indian city of Rajasthan after she jumped into the funeral pyre of her father during his cremation. Her father had died from the coronavirus disease, police said on Wednesday.

Damodardas Sharda, 73, died at a hospital in Rajasthan's Barmer district on Tuesday due to COVID-19, they said.

While Sharda was being cremated, the youngest of his three daughters, Chandra Sharda, suddenly jumped into the flames. Although she was pulled out of the pyre by people around, she sustained around 70 per cent burn injuries.

"Damodardas Sharda had three daughters. His wife died some time ago. The youngest of his three daughters jumped on the funeral pyre," Station House Officer, Kotwali police station, Prem Prakash said, according to a report by well-known Indian television news channel NDTV.

Damodardas Sharda, a resident of Barmer, was admitted to the district hospital on Sunday after testing positive for COVID-19. He died on Tuesday.

The police officer said the youngest daughter had insisted on going to the crematorium for the last rites.