VIDEO: Widespread showers of hail in Kalba and Dibba - GulfToday

VIDEO: Widespread showers of hail in Kalba and Dibba 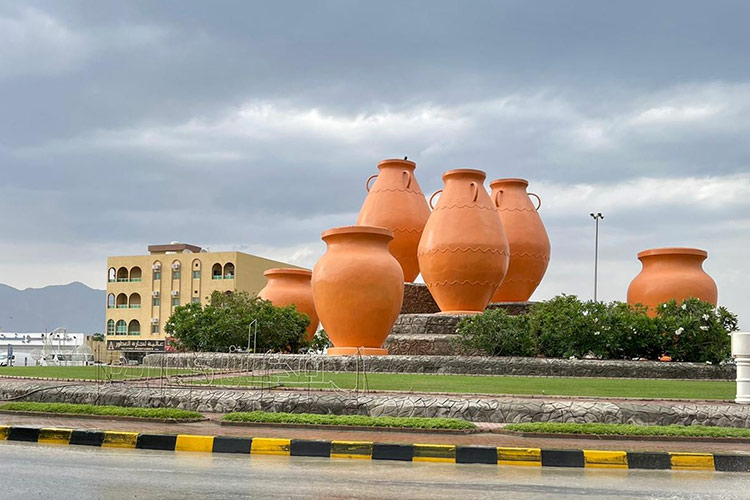 Rains of different intensity fell on separate areas across the UAE on Tuesday as a result of the state being affected by a surface depression. Light rains began falling at 2:00pm on the Bidiya,

Dibba and Dhadnah in Fujairah, while heavy rains fell on separate areas across Fujairah, light rains on Dibba Al-Hisn in Sharjah and heavy rains with hail on Kalba in Sharjah.

The National Centre of Meteorology (NCM) called on people to exercise extreme caution while driving vehicles during rainfall and lack of horizontal visibility and dust-stirring winds.

The NCM also advised people to stay away from flooded valleys. Jebel Mebrah in Ras Al Khaimah recorded the lowest temperature of 17.5 degrees Celsius at 5:15am on Monday.

The weather expected to be dusty and partly cloudy to cloudy, especially in the northern and eastern regions and extending over some inlands with some rainy cumulus clouds, the NCM said, adding that the weather will likely to be hot during the day.

The winds will be southeasterly and moderate, turning into northwesterly and strong sometimes.

The sand-stirring winds at 15 to 25 and possibly 45 km/h will lead to a drop in horizontal visibility. 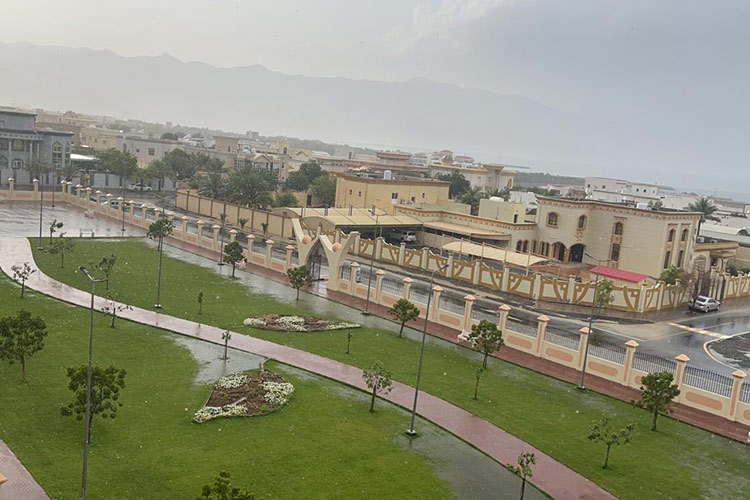 The weather on Wednesday will be dusty and partly cloudy to cloudy sometimes in some eastern and southern regions with a chance for some rainy cumulonimbus clouds and a slight drop in temperature.

The winds will be southeasterly turning into sand-stirring northwesterly at 15 to 25 and possibly 40 km/h.

The sea will be calm in the Arabian Gulf and the Sea of Oman.

Recently, the NCM announced that UAE Research Programme for Rain Enhancement Science’s (UAEREP) International technical review committee is set to host its meeting from May 17 to 19 to review and evaluate the pre-proposals submitted to the programme’s fourth cycle,  WAM reported.


During the application phase from Jan.2 to March 18, the programme’s fourth cycle received 81 pre-proposals from 378 researchers affiliated with 159 research and academic institutions in 37 countries, Of these, 14 pre-proposals were from the UAE-based scientists, representing 17.28% of all proposals received, making the UAE the largest contributors to the programme alongside the US.

Comprising global experts and specialists in weather modification, ensemble modelling, cloud and aerosol microphysics, remote sensing, and artificial intelligence, the technical committee will meet virtually to identify the best and most promising research projects from the submissions.