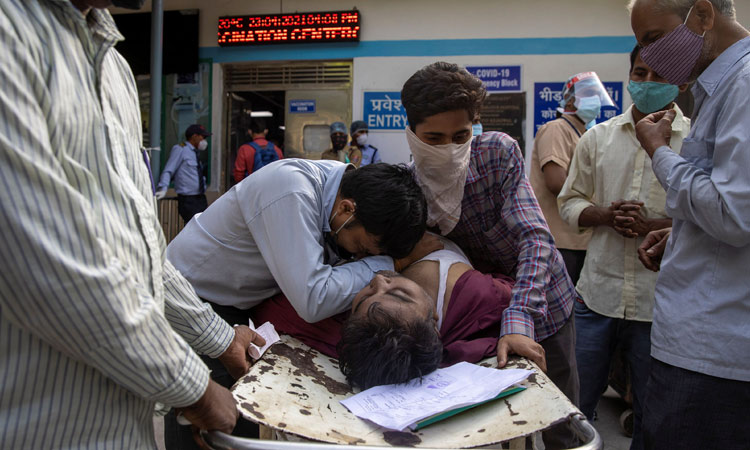 India on Monday reported more than 300,000 new coronavirus cases for a twelfth straight day, taking its overall caseload to just shy of 20 million, while deaths from COVID-19 rose by 3,417.

With 368,147 new cases over the past 24 hours, India's total coronavirus infections now stand at 19.93 million, while its total fatalities are now at 218,959, according to health ministry data. 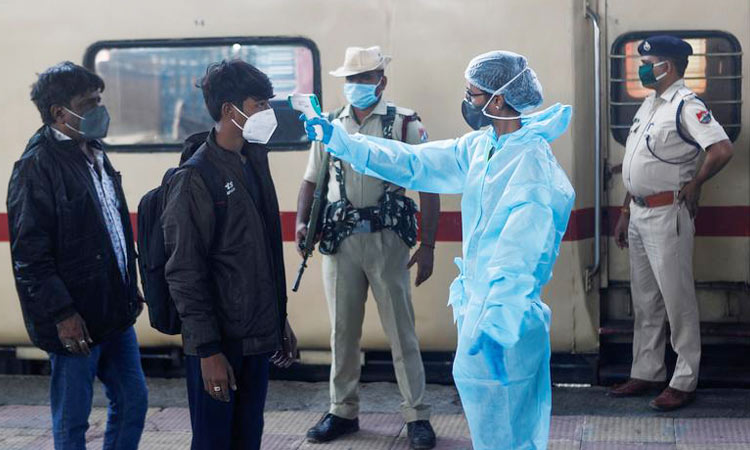 A health worker checks the body temperature of a passenger at a railway station.

Medical experts say real numbers across the country of 1.35 billion may be five to 10 times higher than the official tally.

Hospitals have filled to capacity, medical oxygen supplies have run short and morgues and crematoriums have been swamped as the country deals with the surge in cases.

At least 11 states and union territories have imposed some form of restrictions to try and stem infections, but Prime Minister Narendra Modi's government is reluctant to impose a national lockdown, concerned about the economic impact. 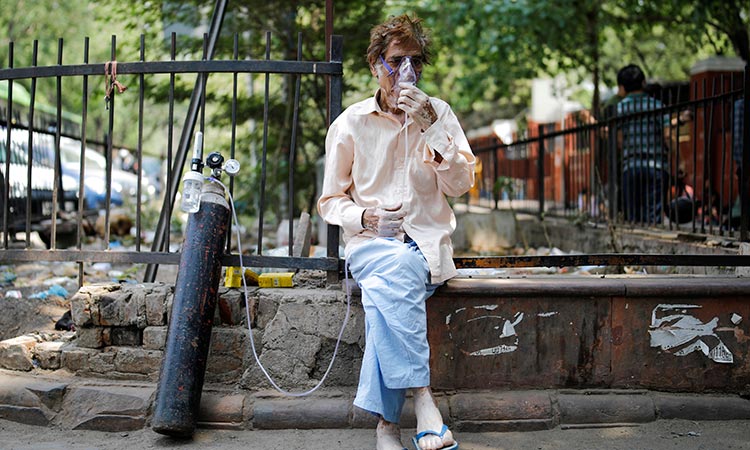 
"In my opinion, only a national stay at home order and declaring medical emergency will help to address the current healthcare needs," Bhramar Mukherjee, an epidemiologist with the University of Michigan said on Twitter.

"The # of active cases is accumulating, not just the daily new cases. Even the reported numbers state there are around 3.5M active cases."

The spike in infections is India’s biggest crisis since Modi took office in 2014. Modi has been criticised for not taking steps earlier to curb the spread and for letting millions of largely unmasked people attend religious festivals and crowded political rallies in five states during March and April.

A forum of scientific advisers set up by the government warned Indian officials in early March of a new and more contagious variant of the coronavirus taking hold in the country, five scientists who are part of the forum told Reuters.

Despite the warning, four of the scientists said the federal government did not seek to impose major restrictions to stop the spread of the virus.

It remains to be seen how his handling of the crisis might affect Modi or his party politically. The next general election is due in 2024. Modi's party was defeated in India's West Bengal state in results declared on Sunday, although it won in the neighbouring state of Assam. 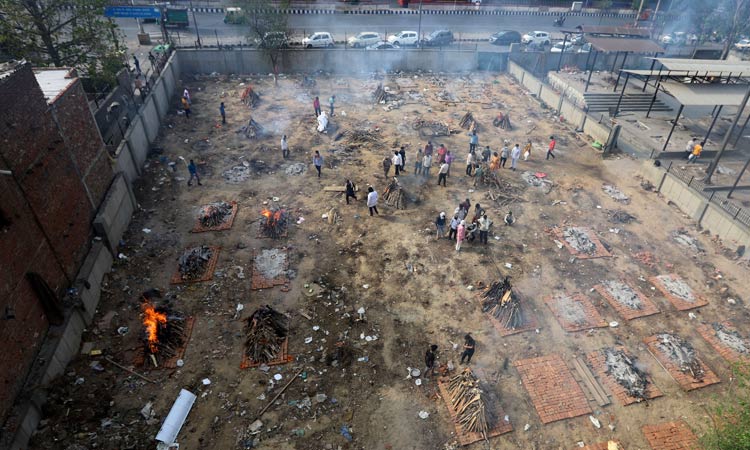 Several states have postponed widening a vaccination drive for adults that was to start on Saturday due to a lack of vaccines. The national health ministry says states have 10 million vaccines stockpiled and 2 million more coming in the next three days.

Despite being the world's biggest producer of vaccines, India does not have enough for itself - undermining a plan to ramp up and widen inoculation from Saturday. Only about 9% of its 1.4 billion people have had a dose. 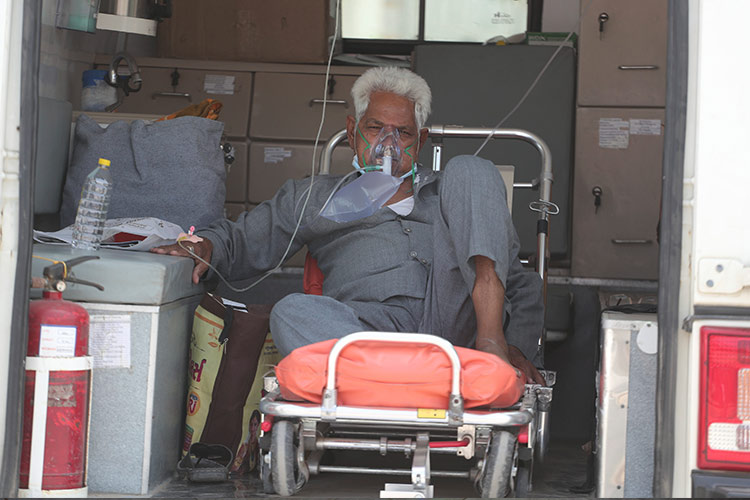 India has struggled to increase capacity beyond 80 million doses a month due to lack of raw materials and a fire at the Serum Institute, which makes the AstraZeneca vaccine.

International aid has been pouring into India.

Britain will send another 1,000 ventilators to India, the government said on Sunday. Prime ministers Boris Johnson and Modi are scheduled to talk on Tuesday. 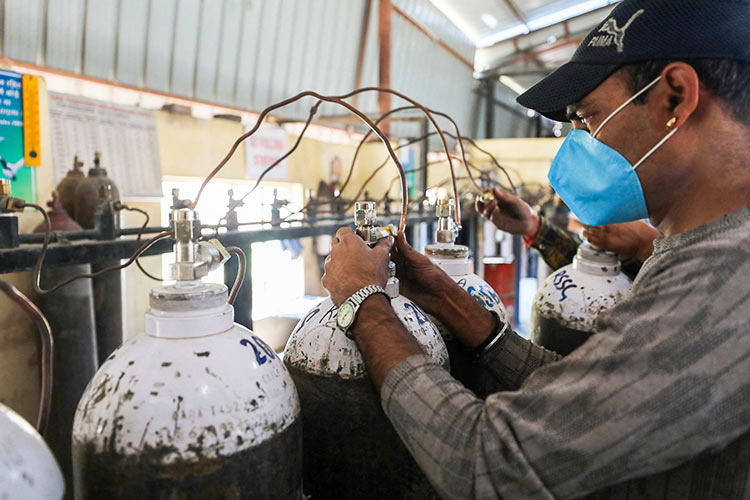 The Indian COVID-19 variant has now reached at least 17 countries including Britain, Switzerland and Iran, leading several governments to close their borders to people travelling from India.

Moreover, Indian shares started May on a weak footing amid growing calls, including from an industry body, to impose curbs at the national level to rein in the COVID-19 spread, with conglomerate Reliance Industries leading losses after missing profit estimates. 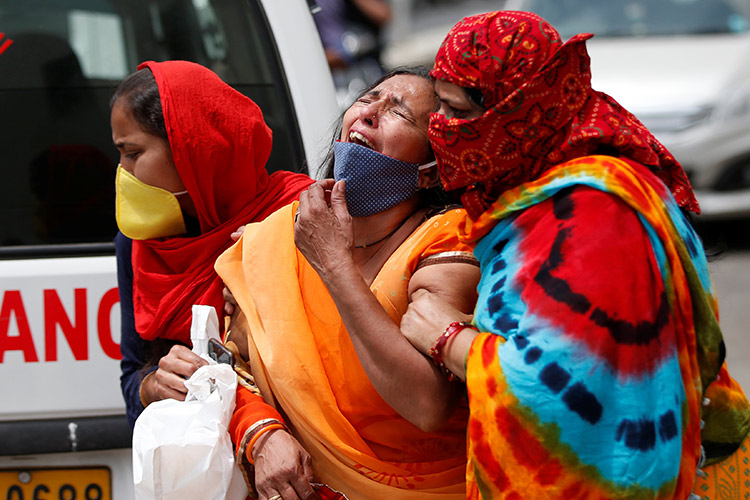 It is also the lowest number of cases since April 2 when the country logged 89,129 new cases. In the past 24-hour, 2,123 more people succumbed to the pandemic, the Union Health and Family Welfare Ministry said. 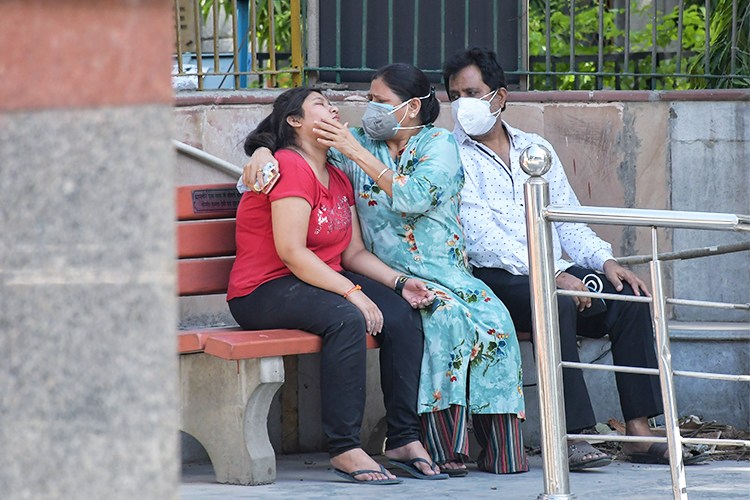 The south Asian nation's tally of infections crossed 32 million, the second-highest worldwide after the United States. According to the government said in a statement overall deaths in the country increased by 497 overnight, pushing the tally to 429,179.