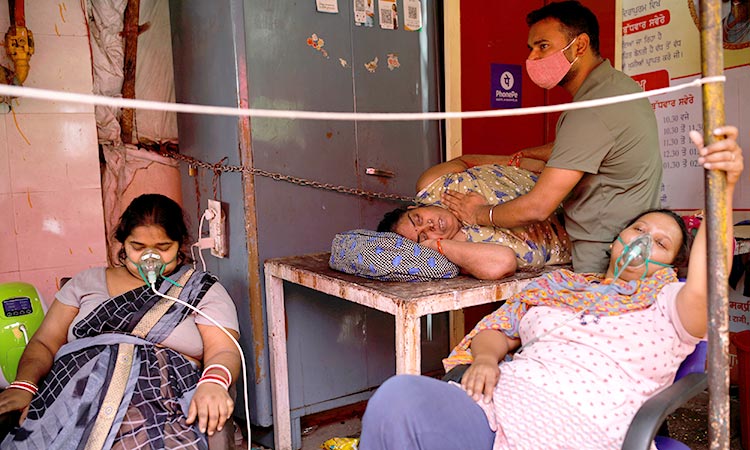 With Indian hospitals struggling to secure a steady supply of oxygen, and more COVID-19 patients dying amid the shortages, a court in New Delhi said it would start punishing government officials for failing to deliver the life-saving items.

On Sunday, India recorded a slight drop in new infections with 392,488 from a high of 401,993 in the previous 24 hours. It also reported 3,689 additional deaths, bringing the total to 215,542. Experts believe both figures are an undercount.

The government has been using the railroad, the air force and the navy to rush oxygen tankers to worst-hit areas where overwhelmed hospitals are unable to cope with an unprecedented surge in patients gasping for air.

Twelve COVID-19 patients, including a doctor, on high-flow oxygen, died Saturday at a hospital in New Delhi after it ran out of the supply for 80 minutes, said S.C.L. Gupta, director of Batra Hospital. 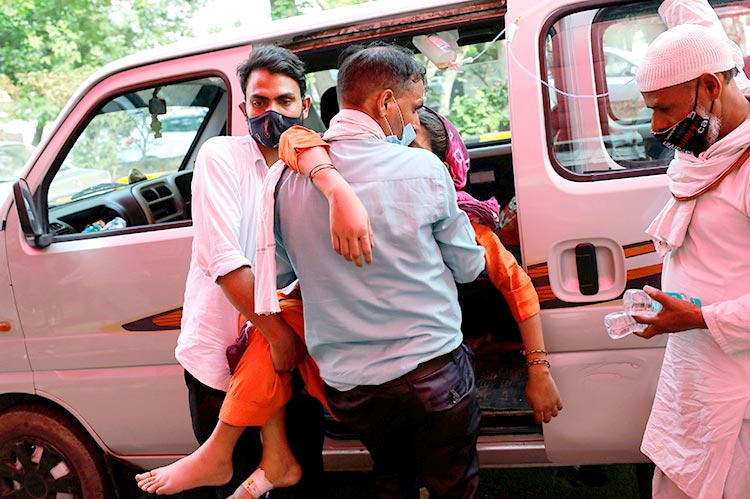 A man carries a woman to receive oxygen support for free at a Gurudwara (Sikh temple) in Ghaziabad, India. Reuters

The "Times of India" newspaper reported another 16 deaths in two hospitals in southern Andhra Pradesh state, and six in a Gurgaon hospital on the outskirts of New Delhi because of the oxygen shortage.

With the government unable to maintain a steady supply of oxygen, several hospital authorities sought a court intervention in the Indian capital where a lockdown has been extended by a week to contain the wave of infections.

"Water has gone above the head. Enough is Enough,” said New Delhi High Court, adding it would start punishing government officials if supplies of oxygen allocated to hospitals were not delivered.

The court said it would start contempt proceedings.

New Delhi recorded 412 deaths in the past 24 hours, the highest since the pandemic started. 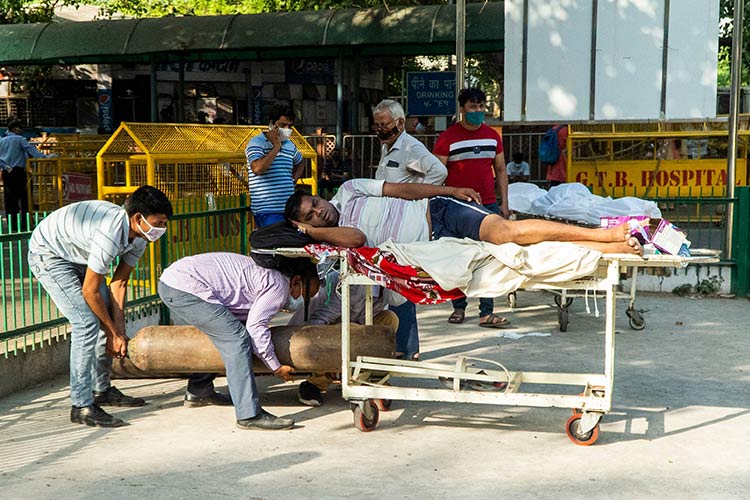 The government unable to maintain a steady supply of oxygen.

The army opened its hospitals to civilians in a desperate bid to control the massive humanitarian crisis. Prime Minister Narendra Modi's government also gave emergency financial powers to the army set up new quarantine facilities and hospitals and buy equipment.

The military also called up 600 doctors who had retired in the past few years. The navy deployed 200 nursing assistants in civilian hospitals, a government statement said.

On Saturday, India said all adults 18 and over could get shots. Since January, nearly 10% of Indians have received one dose, but only around 1.5% have received both, although the country is one of the world’s biggest producers of vaccines.

India has so far given more than 156 million vaccine doses. Some states have already said they don’t have enough for everyone, and even the ongoing effort to inoculate people above 45 is sputtering.

The United States, Britain, Germany and several other nations are rushing therapeutics, rapid virus tests and oxygen to India, along with some materials needed for India to boost its domestic production of COVID-19 vaccines. 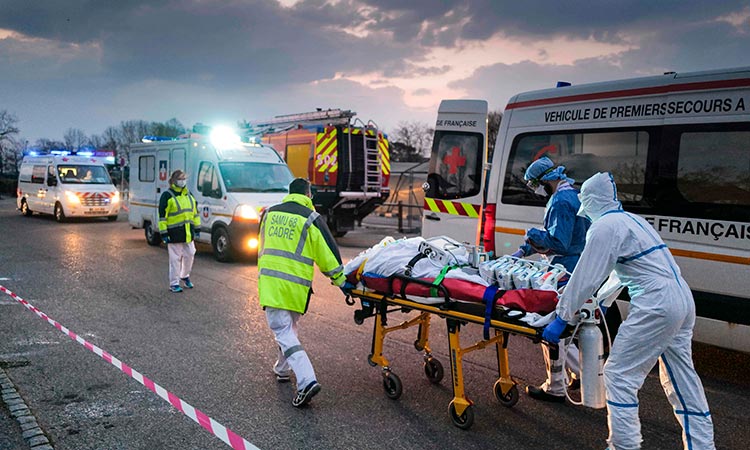 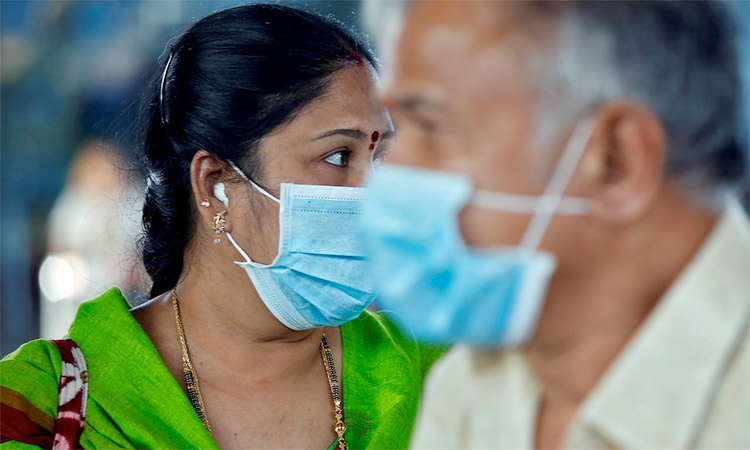 The Public Prosecution indicated that according to Article 16 of Federal Decree-Law No. 5 of 2012 regarding combating information technology crimes and its amendments, a penalty of imprisonment for a period not exceeding two years and a fine of no less than Dhs250,000 and not more than Dhs500,000, or either of these two penalties for Blackmail or threaten another person to get him to do or abstain from doing an act using a computer network or an information technology means.