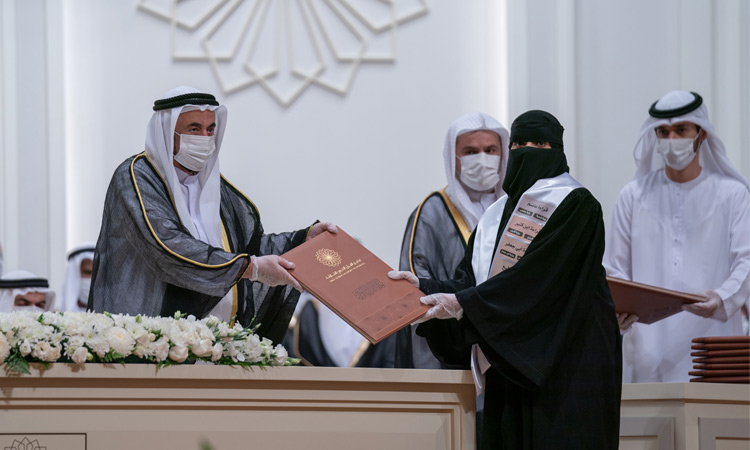 Sheikh Sultan hands over a certificate to a Quran reciter in Sharjah on Friday. WAM

His Highness Dr Sheikh Sultan Bin Mohammed Al Qasimi, Supreme Council Member and Ruler of Sharjah, attended on Thursday a graduation ceremony for the first batch of the certified Qura'a (Holy Quran reciters) from the Holy Quran Academy in Sharjah. 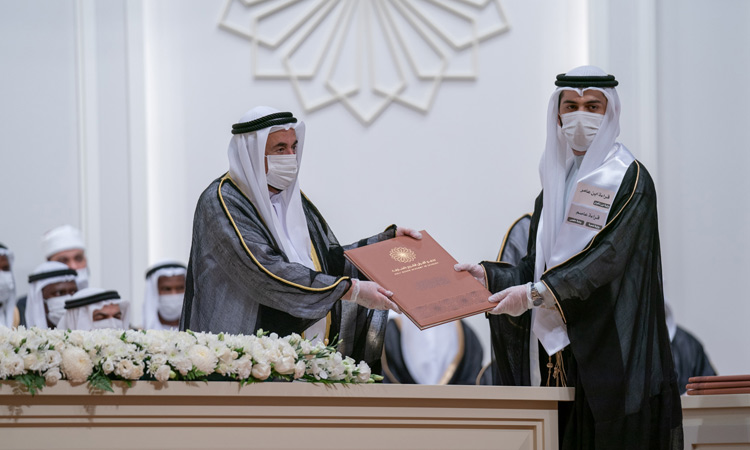 Sheikh Sultan awards a certificate to one of the reciters.
In a speech he made at the ceremony, Sheikh Sultan said since the foundation stone was laid for the Academy, efforts had been made in parallel in the electronic Maqari'a, with recitations across the Ten Authentic Qira'at (readings). 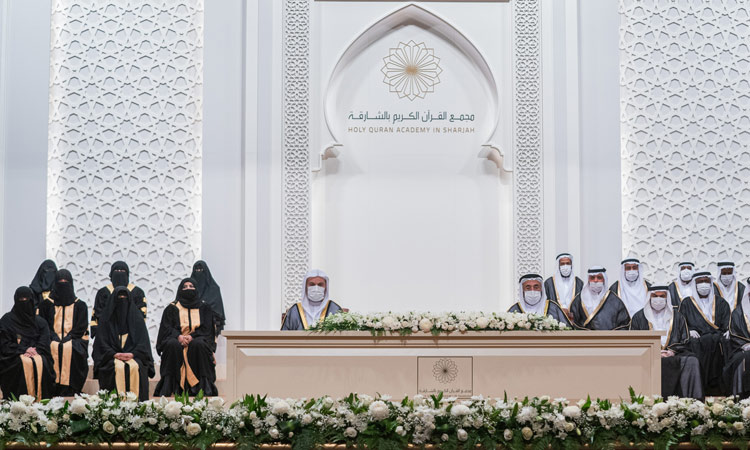 His Highness handed certificates to the graduates. He congratulated them on this great achievement and wished them further success. 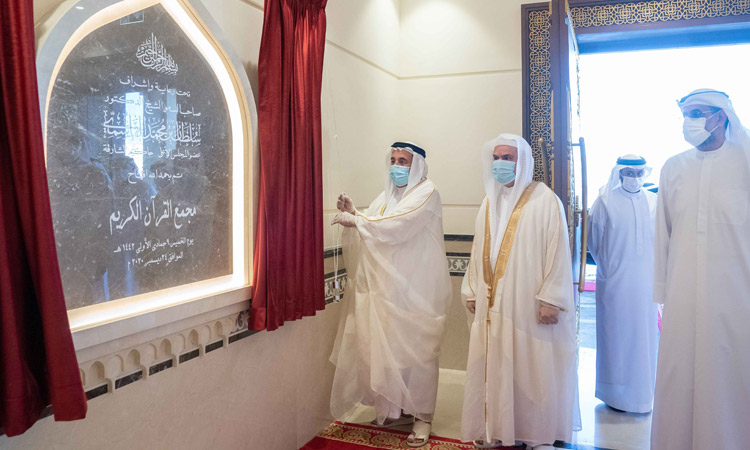 Sheikh Sultan called on community members to visit the Holy Quran Academy and familiarise themselves with the various stages of the evolution of the writing of the Noble Quran from the dawn of Islam to our current era, and to benefit from its activities and programmes... 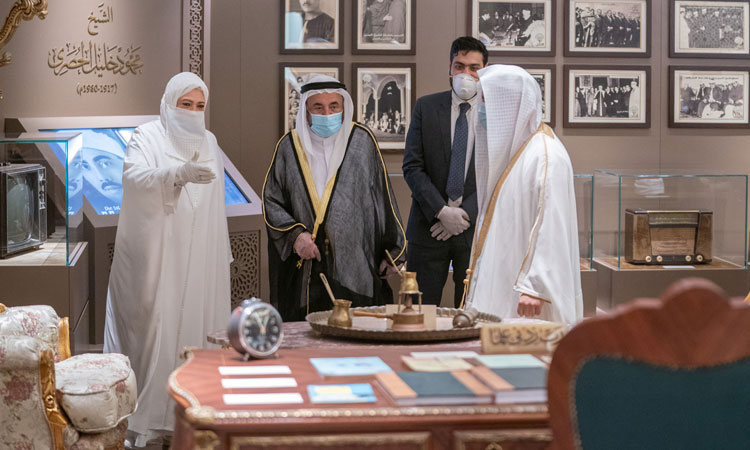 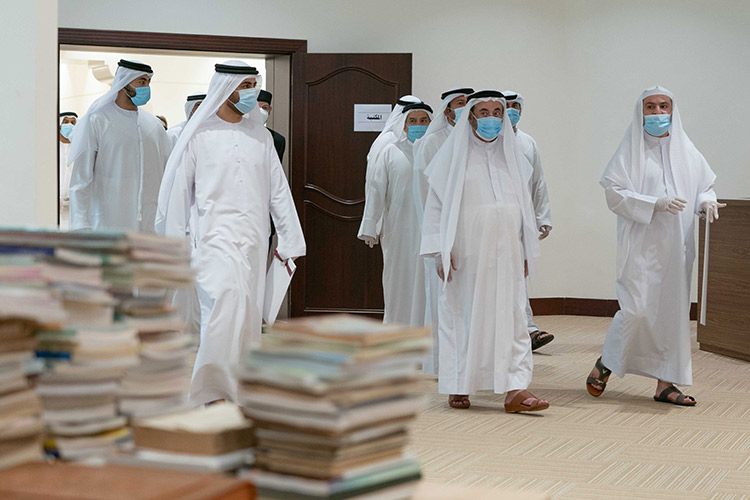