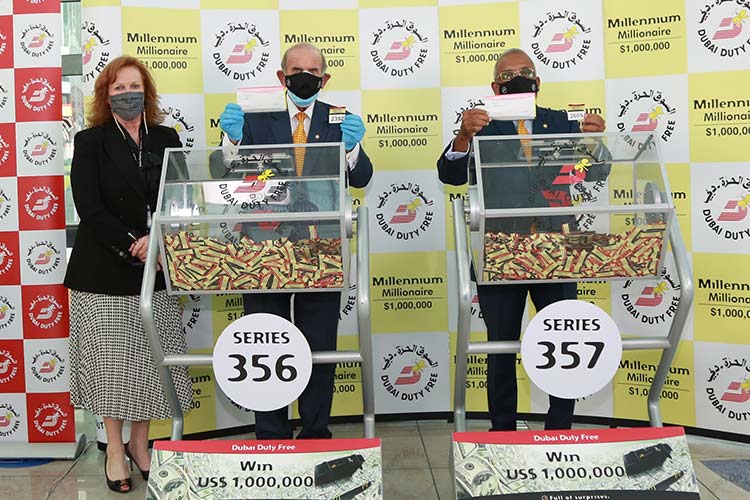 Six lucky individuals have been added to the long list of dollar millionaire and luxury vehicle winners as Dubai Duty Free conducted the latest draw for Dubai Duty Free Millennium Millionaire and Finest Surprise promotion on Wednesday in Concourse B at Terminal 3 of Dubai International Airport.

Abdulhakim Alshafei, a 64-year-old Bahraini national based in Manama, Bahrain became a $1 million winner in Millennium Millionaire Series 356 with ticket number 2392 which he purchased online on March 21, 2021.

Alshafei is a regular participant in Dubai Duty Free’s promotion since 2018 and the father of two works as an advisor for an investment company in Riyadh, Saudi Arabia.

“Thank you Dubai Duty Free, this unexpected blessing is much appreciated specially during this challenging time,” he commented.

Joining Alshafei in the Dubai Duty Free Millennium Millionaire’s circle is Selmir Omazic, a Bosnian national based in Bosnia and Hercegovina, was also announced as the winner of $1 million in Millennium Millionaire Series 357 with ticket number 2609, which he purchased online on April 1, 2021.

Omazic, who is the first Bosnian national to win $1 million since the start of the Millennium Millionaire promotion in 1999, was unavailable for immediate comment, but will no doubt be surprised when he learns of his newfound fortune. 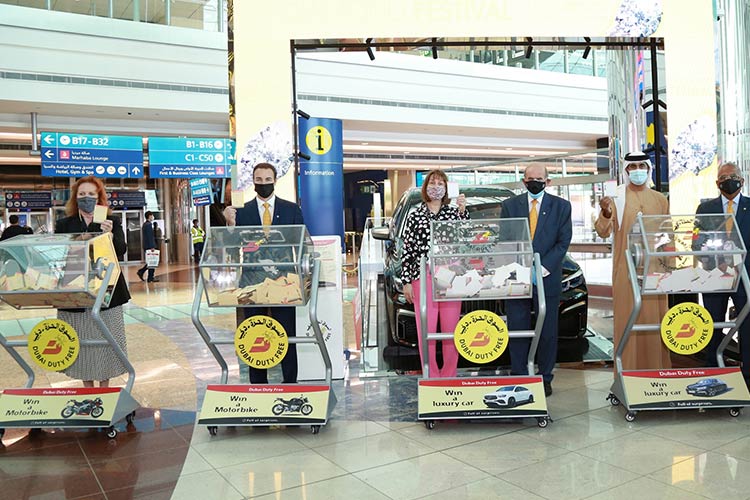 A father of one, Palakkal belongs to the same group of 25 employees of a school transport service company in Al Quoz who won $1 million in Millennium Millionaire Series 353 with ticket number 4960 under his colleague’s name, Rahul Kovithala Thazheveettil, which was drawn on March 20, 2021, after the Dubai Duty Free Tennis Championships Men's final.

Sharing the ticket cost with the same group of 25 employees, Palakkal, who put the ticket under his name this time, was understandably ecstatic to share the good news to his colleagues.

“Thank you so much Dubai Duty Free. This Is a great opportunity and we will continue to buy tickets. I encouraged everyone to take part in this amazing promotion,” he said.

A regular participant in Dubai Duty Free’s promotion for five years now, the father of two is a resident of Dubai for 14 years and works as Chief Financial Officer for a shipping company in Dubai.

While, Hafeezur Rahman, an Indian national based in Dubai won an Aprilla RSV4 Factory (Atomico Racer) motorbike, with ticket number 0730 in Finest Surprise Series 452, which he purchased on 13th April.