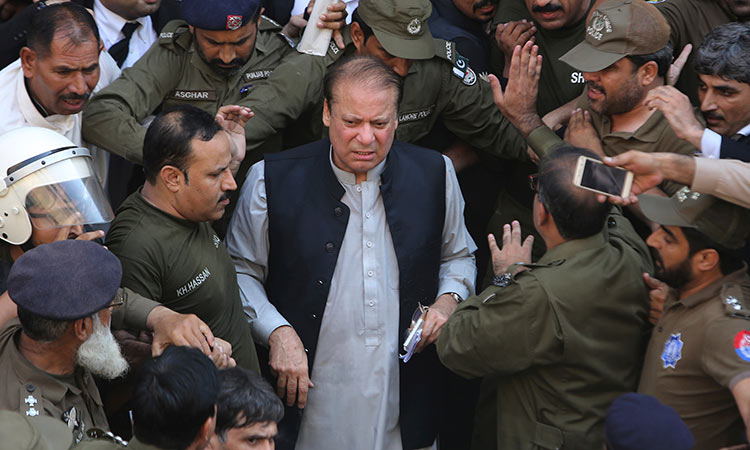 The court also directed to transfer the amount in Sharif’s bank accounts to the exchequer.

Properties and assets of former Pakistan prime minister Nawaz Sharif will be put up for auction as an accountability court of Lahore on Friday accepted a petition filed by the National Accountability Bureau (NAB) Rawalpindi in the Toshakhana reference.

The court directed the deputy commissioners of Lahore and Sheikhupura to auction the former premier's properties within 60 days and submit a report in this regard.

The amount from the auctions will be submitted to the national exchequer, the court said. Sharif’s vehicles will be forfeited with the assistance of police and also auctioned within 30 days. The court also directed to transfer the amount in Sharif’s bank accounts to the exchequer.

Earlier, the court had declared Sharif an absconder for his non-appearance before it. On April 19, the NAB started the process of auctioning all the properties of Sharif and his dependents and has requested an accountability court to issue directions to the concerned authorities in this regard.

The PML-N supreme leader has been in London since November 2019 when the government gave him a rare permission to fly abroad to get medical treatment for a debilitating health condition.

The Islamabad High Court (IHC) on Dec.2, 2020 also declared Nawaz Sharif a proclaimed offender after he ignored all summonses and proclamations of the bench that was originally formed to hear appeals against his conviction in two graft cases.