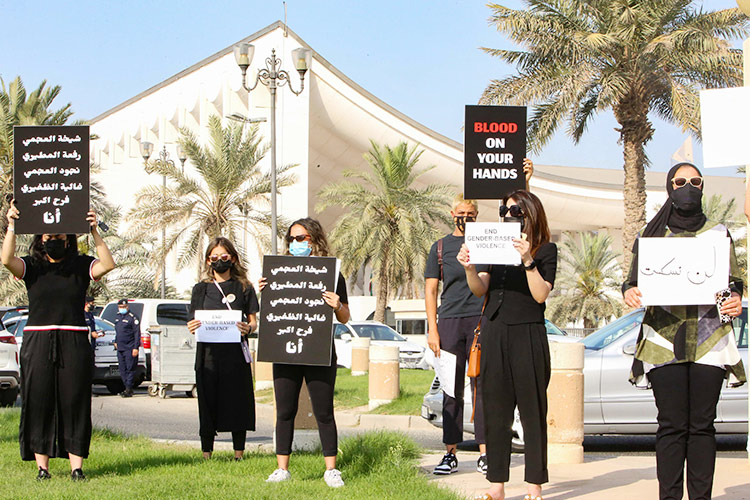 Scores of Kuwaitis staged a rally on Thursday to protest violence against women, after a young mother was kidnapped and murdered by a man who had stalked her relentlessly despite repeated complaints to authorities.

She had been dragged from a car that she was travelling in, accompanied by her two daughters and her sister, in broad daylight.

According to AFP, some 200 people including men, wore black clothes to mourn the victim and rallied under the slogan "Who is next?"

They demanded tougher penalties for those who assault women and raised banners reading "We will not be silent" and "Stop killing women".

Others held a large banner with the names of 10 Kuwaiti women who have been killed in recent years, and the message: "These are women who were killed silently and we did not mention their names." 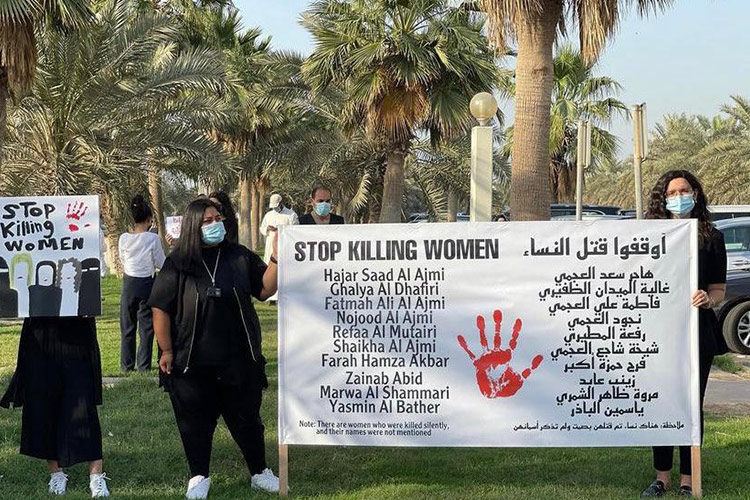 Kuwaitis gather to protest against violence against women.

An outpointing of testimonies about being stalked, harassed or assaulted emerged online in February, focused on the Instagram account "Lan Asket", Arabic for "I will not be silent".

"Where was she at fault, why was she killed?'' asked her aunt.

''This stand is for Farah Akbar and for all the women who were killed by their relatives or strangers. Today we lost Farah, but who is next? Will I be the victim, or you, or someone close to you?'' said one protester, Amna Al-Kindri.

"We have not slept for days because of the injustice against this victim who was killed in broad daylight. We do not know when some obsessive person could confront us on the street," she said.

Arabic daily, Al Khaleej reported that a series of videos that went viral on social media showed the killer's vehicle slammed against Akbar's car, and the sound of her daughters crying while her sister screamed that she had been killed after authorities failed to act.

''We said that he is going to kill her, and now he killed my sister. Where is the government? We told the judge. I told you many times he would kill her,'' she said.

Akbar had previously filed two harassment cases against the man, who had proposed to her although she was already married. He had been arrested but was released on bail.

The Kuwaiti interior ministry said in a statement that Akbar had been stabbed in the chest.

The attacker was quickly arrested and confessed to the crime, triggering calls for his execution.

The outpouring of emotion comes after women in Kuwait defied conservative norms to speak out against harassment for the first time, in a social media campaign sparked by a popular fashion blogger.