His Highness Sheikh Mohammed Bin Rashid Al Maktoum, Vice President and Prime Minister of the UAE and Ruler of Dubai, will address US President Joe Biden’s virtual Leaders Summit on Climate on Friday (April 23), representing the UAE at the highest level.

Sheikh Mohammed joins 40 world leaders, who have been invited by US President Joe Biden by virtue of being key players in the international community in the climate fight that can transform challenges into opportunities for the next generation.

The UAE has demonstrated strong climate leadership by charting innovative pathways toward a lower carbon economy. Last December the UAE became the first country in the region to commit to an economy wide reduction in emissions, when it submitted its second Nationally Determined Contribution (NDC) to the Secretariat of the UN Framework Convention on Climate Change (UNFCCC).

The document outlines the country’s enhanced climate target of reducing greenhouse gas emissions by 23.5 percent compared to business as usual for the year 2030. This translates into absolute emission reduction of about 70 million tons.

It has led the region in climate change policy since the Paris Agreement, initially committing to generate 24 per cent of its energy from clean sources by 2021 and later increasing that target to 50 per cent by 2050.

As the United States seeks to build engagement to explore areas for cooperation on addressing the climate crisis, the UAE is seen as an important partner to address the climate crisis, including emission reductions, finance, innovation and job creation, and resilience and adaptation.

Earlier this month the UAE demonstrated its regional leadership on climate action by convening the UAE regional climate dialogue with the high level participation of 10 MENA economies, together with US Special Envoy for Climate, John Kerry and COP26 President Alok Sharma to build momentum and raise climate ambitions ahead of Glasgow in what is crucial year for climate progress.

The Leaders Summit sets a milestone on the road to the UN Climate Change Conference (COP26) this November in Glasgow and is designed to increase the chances for meaningful outcomes on global climate action at COP26. 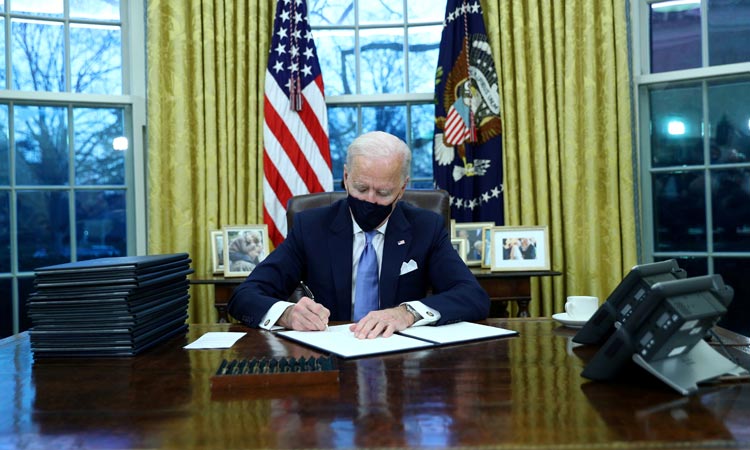