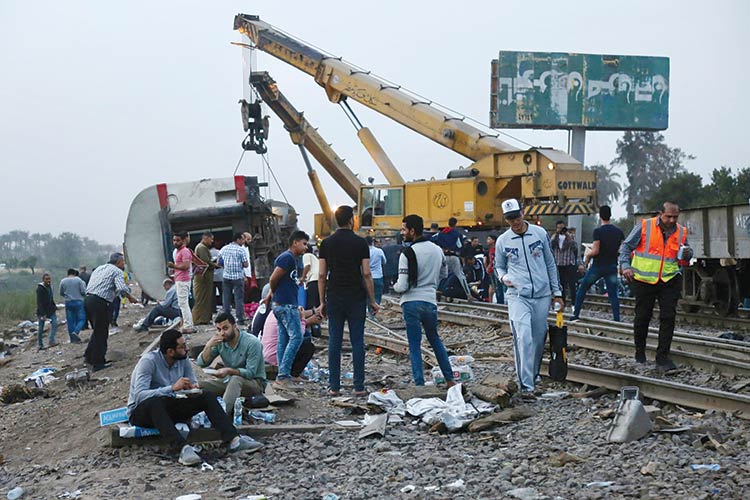 People break their fast at the site of a passenger train that derailed near Banha, Qalyubia province, on Sunday. Associated Press

The UAE has expressed solidarity with Egypt over the Al Qalubia train derailment, which resulted in injuries and fatalities.

The Ministry of Foreign Affairs and International Co-operation in a statement offered its heartfelt condolences and extended its sincere sympathy to the government of Egypt and to the families of the victims over this great tragedy. The ministry also expressed its wishes for speedy recovery to the injured.

A passenger train derailed on Sunday north of Cairo, killing at least 11 people, Egyptian authorities said. It was the latest of several rail accidents to hit the country in recent years.

Four train wagons ran off the railway at the city of Banha in Qalyubia province, just outside Cairo, the railway authority said in a statement.

Videos on social media showed wagons overturned and passengers escaping to safety along the railway.

The train was travelling to the Nile Delta city of Mansoura from the Egyptian capital, the statement said.

At least 60 ambulances were sent to the scene and the injured were taken to nearby hospitals, the ministry added.

Salvage teams could be seen searching for survivors and removing the derailed wagons.

It was not immediately clear what caused the train to derail. Prosecutors said they were investigating the causes of the crash.

The state-run Ahram daily reported that authorities have detained at least 10 railway officials, including the train driver and his assistant, pending an investigation into the crash.

At Banha University hospital, people lined up to donate blood for the crash victims. Families were also present looking for loved ones who had been travelling on the train.

“We were surprised by the strain speeding up,” said Tarek Gomaa, one of the injured. “We found ourselves on top of each other.”

Sunday’s train accident came three weeks after two passenger trains collided in the province of Sohag, killing at least 18 people and injuring 200 others, including children.

Prosecutors said they found that gross negligence by railway employees was behind the deadly March 25 crash, which caused public outcry across the country.

The government says it has launched a broad renovation and modernisation initiative. President Abdel Fattah Al Sisi said in March 2018 that the government needs about 250 billion Egyptian pounds, or $14.1 billion, to overhaul the run-down rail system.  Hundreds of train accidents are reported every year.

In February 2019 an unmanned locomotive slammed into a barrier inside Cairo’s main Ramses railway station, causing a huge explosion and a fire that killed at least 25 people. That crash prompted the then-transportation minister to resign.In August 2017, two passenger trains collided just outside the Mediterranean port city of Alexandria, killing 43 people. In 2016, at least 51 people were killed when two commuter trains collided near Cairo.

Egypt’s deadliest train crash was in 2002, when over 300 people were killed after a fire broke out in an overnight train traveling from Cairo to southern Egypt.

Recently, the UAE lauded the efforts of Egypt to address the incident that occurred in the Suez Canal when a container ship was stranded and blocked the canal.

Egypt’s efforts succeeded in freeing the container ship and resuming traffic along the canal with efficiency and professionalism and within a reasonably short time.

The UAE highlighted its confidence in the efficiency and professionalism of Egypt’s management of the canal, which is key to international shipping and trade.

In a statement issued by the Ministry of Foreign Affairs and International Cooperation (MoFAIC), the UAE also highlighted its keenness to continue negotiations and diplomatic dialogue to overcome the disputes related to the Grand Ethiopian Renaissance Dam (GERD) between Egypt, Sudan and Ethiopia. 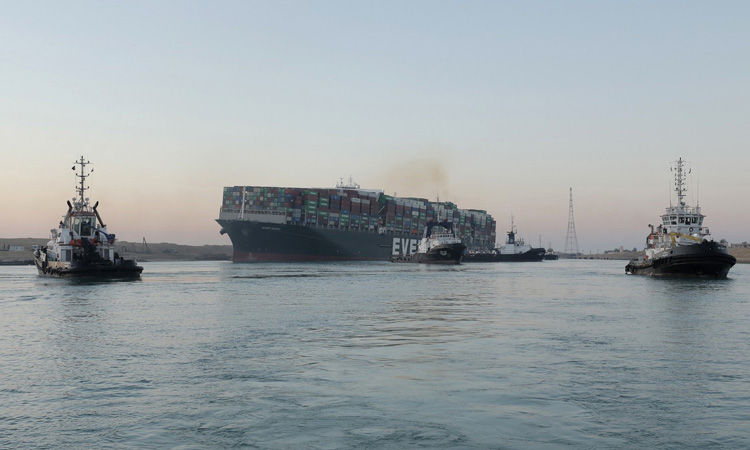 The UAE highlighted its confidence in the efficiency and professionalism of Egypt’s management of the canal, which is key to international shipping and trade. 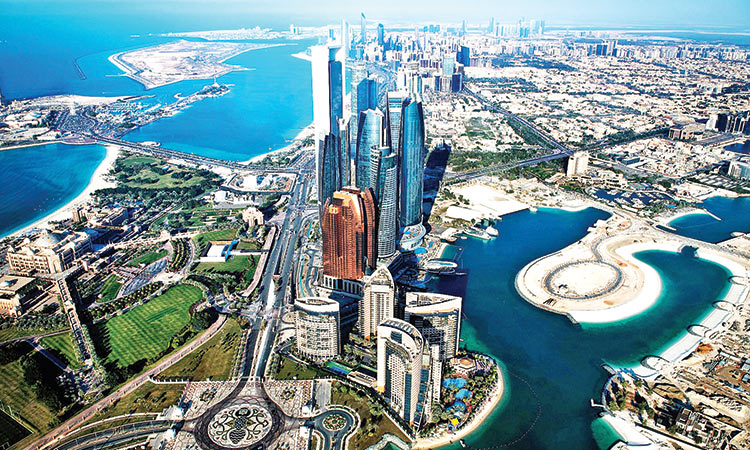 ADQ, one of the region’s largest holding companies with a broad portfolio of major enterprises spanning key sectors of Abu Dhabi’s diversified economy, announced on Wednesday that it has entered into a definitive agreement to acquire Amoun

Dr. Hamad Saeed Al Shamsi, UAE Ambassador to Egypt and the UAE's Permanent Representative to the Arab League, said, "The UAE and Egypt share close historical ties, and they collaborate in many fields.