VIDEO: Railway staffer saves child from being crushed under the wheels of train - GulfToday

VIDEO: Railway staffer saves child from being crushed under the wheels of train 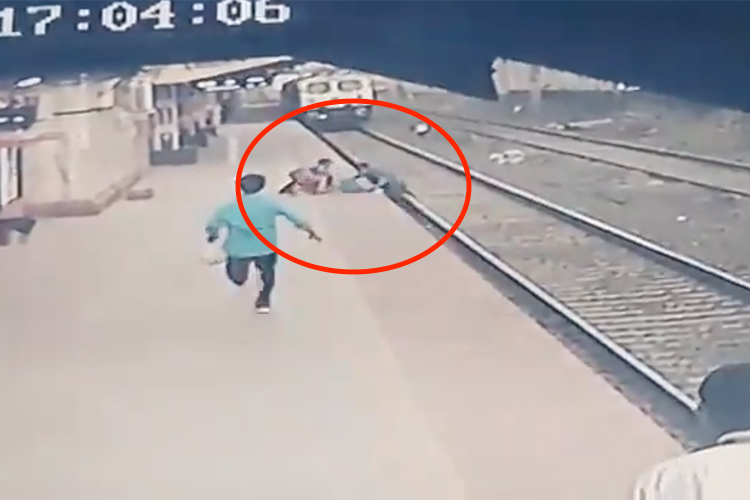 A videograb of the incident.

A child at a railway station in India had a miraculous escape from a certain death and his savior has become an Internet sensation after the video of brave rescue act went viral.

Railway pointsman Mayur Shelke wasted no time once he saw the boy losing the grip of his kin’s hand and falling onto the rail tracks.

Shelke ran towards the boy without thinking of the danger lurking around as he can see a speeding train approaching from opposite direction.

The video shows, “A child is seen walking with another person on a deserted railway platform.

The child, holding the person's hand, is on the edge of the platform when he suddenly loses his balance and falls onto the tracks.

Sharing the video footage, the minister wrote, “"Very proud of Mayur Shelke, Railwayman from the Vangani Railway Station in Mumbai who has done an exceptionally courageous act, risked his own life and saved a child's life."

The Minister also spoke to Shelke and praised him for his bravery and courage.

"The entire rail family is proud of him," the minister wrote on Twitter.

"His act cannot be compared with any prize or money, but he will be rewarded for fulfilling his responsibility, and motivating humanity with his work," Goyal tweeted.