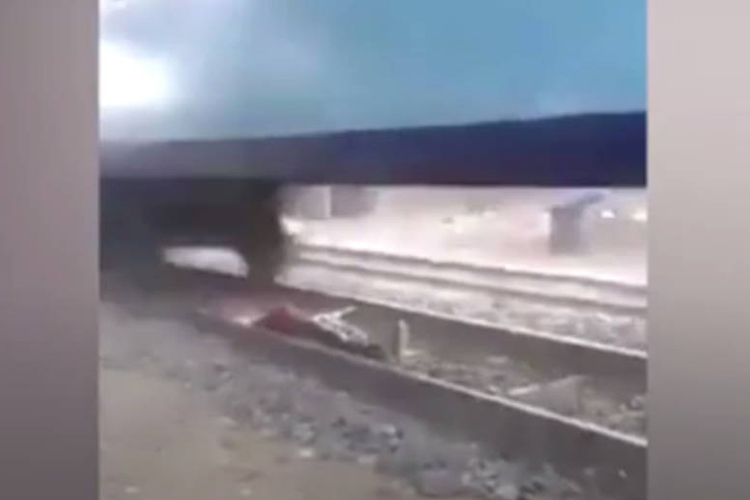 A videograb from the viral video.

A video clip posted on TiKTok, where a young man is seen lying in between the railway tracks as a train passes over, has sparked anger across Egypt.

Apparently his friends shot the video.

All friends are seen in the video congratulating the youth after he successfully completes the ‘challenge.’

Egypt’s Minister of Transport, Kamel Al Wazir, during a telephone conversation with the journalist Ahmed Musa in the "On My Responsibility" programme, has promised that the youth in the video will be held accountable.

He also called on citizens to help the railway authority and urged them to follow the rules.

The minister revealed that a number of unwanted incidents had happened on railway tracks in the past as well.

The Minister said once a driver, who was later arrested, had parked his vehicle on the railway tracks, left the car and sat in a café.

A major disaster would have occurred had it not been for the alert train driver who saw the car before colliding with it.