Policemen leave in an ambulance after a clash with the supporters of the banned TLP during a protest in Lahore on Sunday. AFP

At least four protesters belonging to the proscribed Tehrik-e-Labbaik Pakistan (TLP) were killed in clashes with police after a large number of its activists attacked a police station in Lahore and made police officers hostage on Sunday.

"The TLP activists have two fuel tankers containing thousands of liters of petrol. They are throwing petrol bombs and stones at security officials, and also shooting bullets as the result of which 11 officials are injured," Rana said, adding the operation was ongoing.

The TLP group had given the government an April 20 deadline to expel the French ambassador over the publication of cartoons in France.

The authorities responded by arresting its leader, prompting supporters to hold protests and sit-ins across Pakistan. At least four people were killed, hundreds injured, and thousands arrested. Pakistan banned the group after the violence. 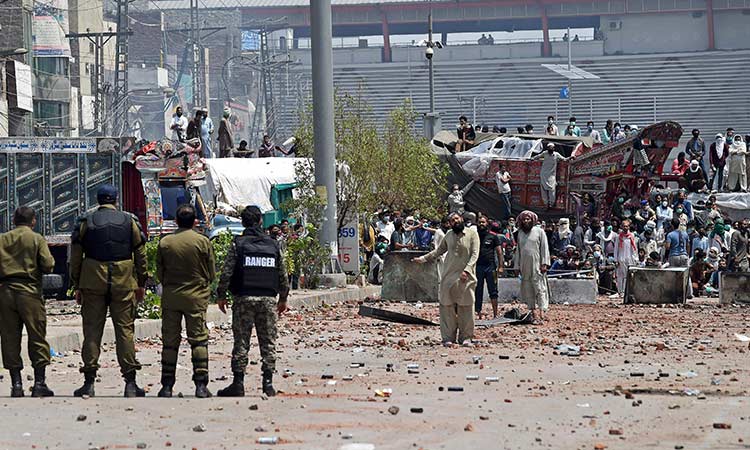 Policemen stand guard as supporters of TLP take part in a protest while blocking a street in Lahore. AFP

On Saturday Prime Minister Imran Khan said the group had been banned because it "challenged the writ of the state and used street violence & attacking the public & law enforcers."

Special Assistant to Punjab Chief Minister Dr Firdous Ashiq Awan said that six cops were also injured. She said the DSP was kidnapped by the TLP and taken to its markaz (headquarters).

She said the armed men who also had petrol bombs and acid bottles attacked the Nawankot police station of Lahore and made the police officers hostage.
Interior Minister Sheikh Rashid said no talks were underway with the TLP. He said there was no disturbance from the TLP throughout Pakistan except a small area of Lahore.

He said that the TLP would be dissolved as provided in the Pakistan Constitution in a couple of days.

Police said the violence occurred after miscreants attacked the police station and abducted the DSP, adding that it acted only in self-defence.

In a statement, the Lahore police said that miscreants attacked Nawankot Police Station where Rangers and police officers were trapped inside and the DSP was kidnapped and taken to the markaz. "At least one oil tanker with 50,000 litres of petrol has been taken by the miscreants to the markaz."

The statement said the miscreants were armed and attacked Rangers/police with petrol bombs. "Police and Rangers pushed them back and took back the possession of the police station," it said, adding that police did not plan or conduct any operation against the mosque or the madressah. "The action, if any, was in self-defence and to protect public property."

Rana Arif, spokesperson for Lahore police chief, said 11 police officials were injured after "brutal torture" by TLP workers and were under treatment at different hospitals. 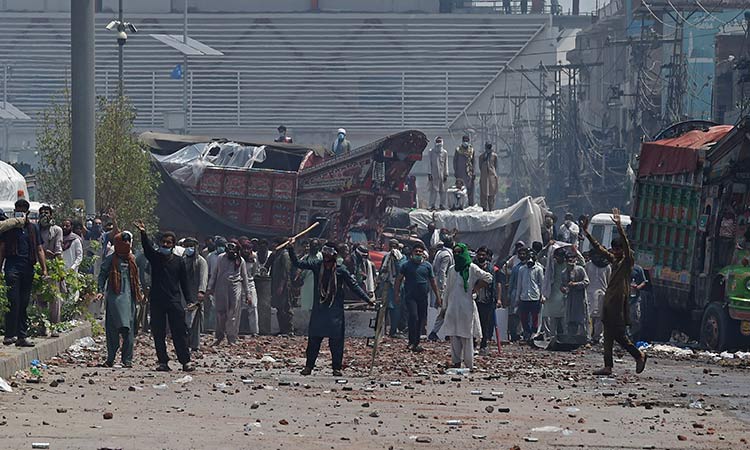 Supporters of TLP gather as they block a street during a protest in Lahore. AFP

A TLP spokesperson said the clash started when police launched an operation to clear the area around Yateem Khana Chowk, where workers have been staging a protest since earlier this week.

In a video message, TLP spokesperson Shafiq Ameeni said that they will bury those killed when the French ambassador exits the country and our agreement with the government is implemented.

Videos on social media showed people carrying away the injured and tending to them. However, some users pointed out that the videos were old and were shared without context.

TLP workers wielding sticks and stones also climbed atop the Orange Line Metro Train in Lahore, while speeches were being made through the area mosque to call people for support, according to the city police spokesperson. He said the protesters were pelting stones at police and Rangers personnel. 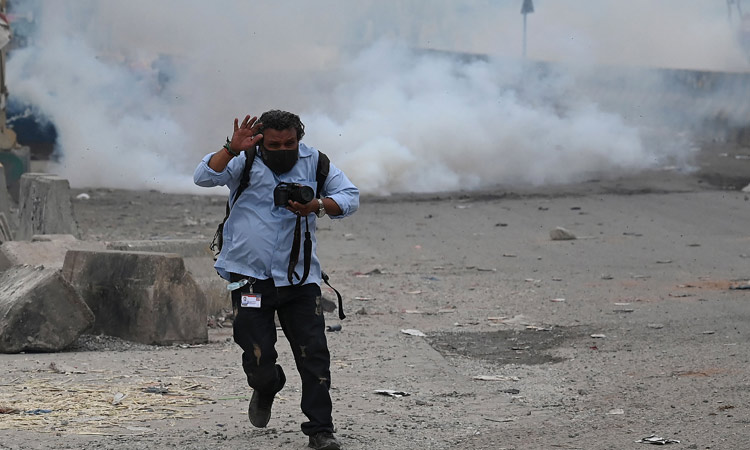 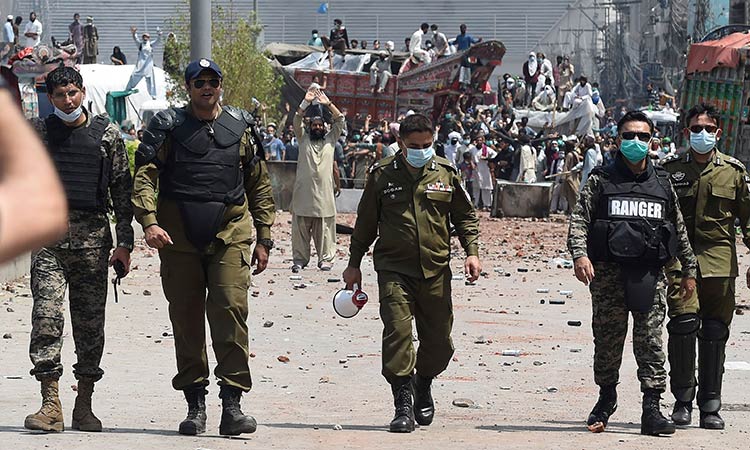 Interior Minister Sheikh Rashid Ahmed said the police had been released early on Monday after "negotiations" with the TLP, which the government banned last week after effectively labelling it a terrorist organisation. 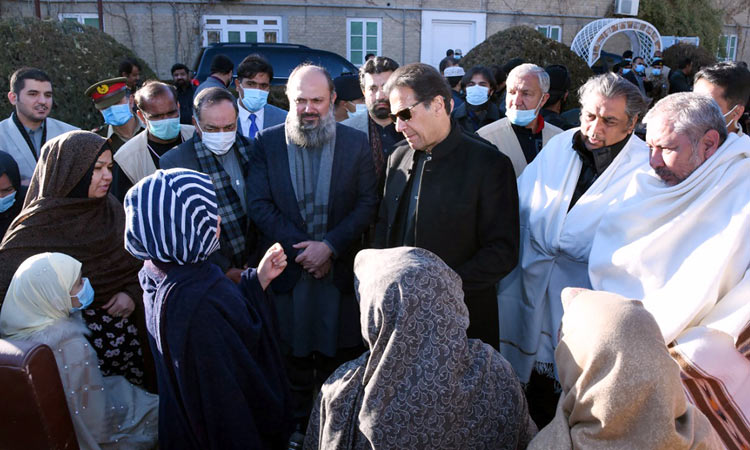 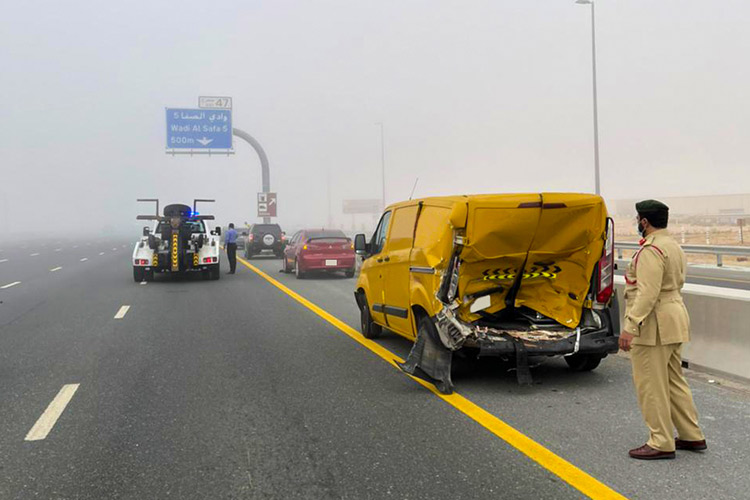 Speeding, tailgating behind majority of accidents in Dubai during Eid Al Adha holidays

The Dubai Police have revealed that tailgating and overspeeding were the main causes behind the accidents reported during Eid Al Adha holidays. 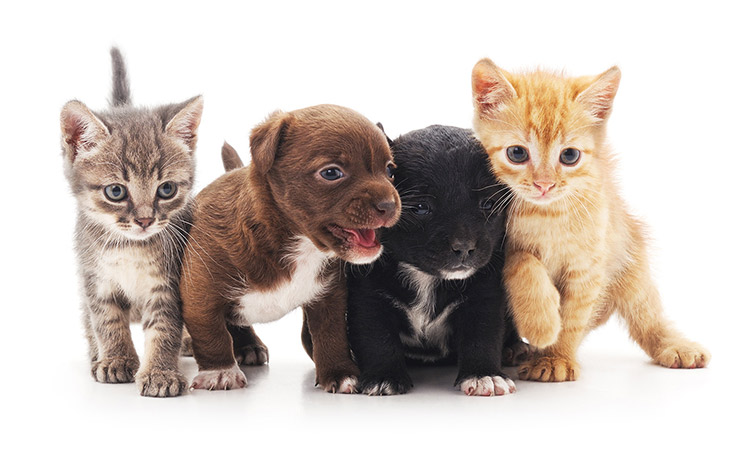 Police say that fraudsters are using social media sites and some buy and sell applications to dupe people by offering to ship the animals from outside the UAE. 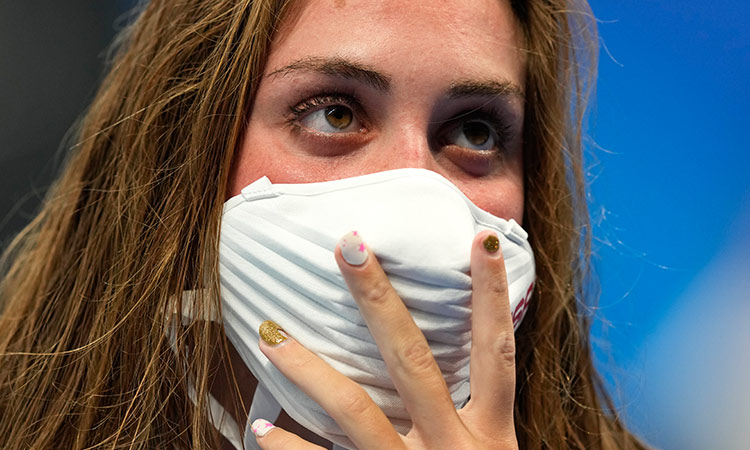 The Ministry of Health and Prevention (MoHAP) announced that it conducted 232,307 additional COVID-19 tests over the past 24 hours, bringing the total number of recorded cases in the UAE to 671,636.