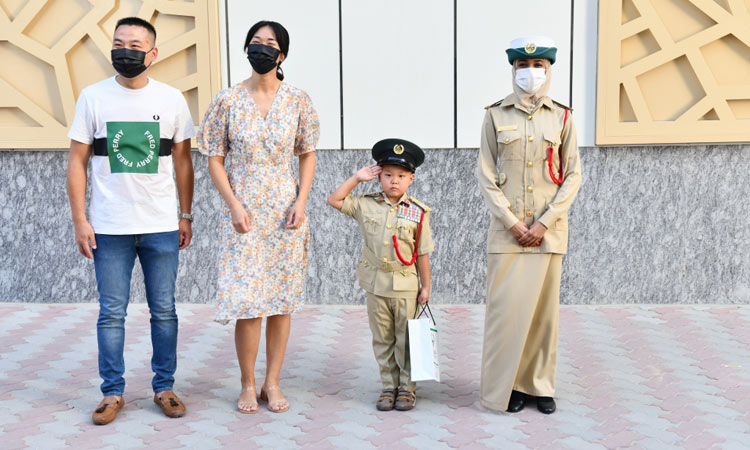 Lucas Li Chao with his parents and a Dubai Police officer.

The Dubai Police have fulfilled the dream of an Asian child, who had always wished to welcome the force at his home and to ride in one of Dubai Police’s world-famous luxury cars.

Lucas Li Chao’s father had contacted Dubai Police to express his son’s desire of riding in a luxurious police patrol across the emirate’s tourist attractions. 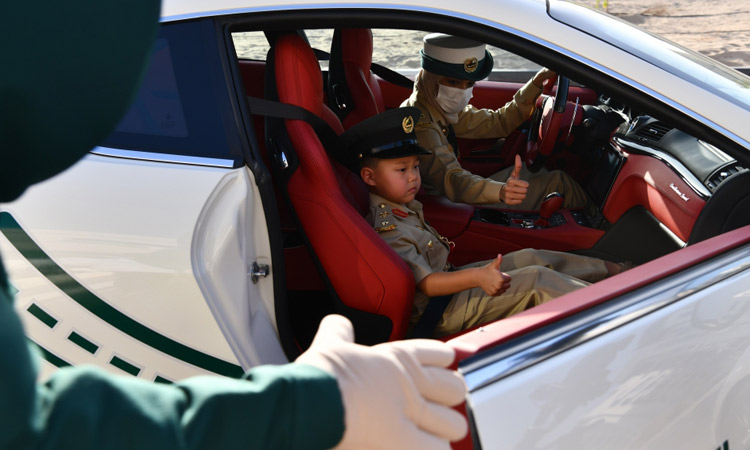 Police took the nine-year-old boy on a spin in a supercar police patrol across various areas in Dubai.

A team from the Tourism Police Department, in coordination with the Security Media Department, went to Lucas’s house and surprised him with a uniform and Dubai Police toys.

They then took the nine-year-old boy on a spin in a supercar police patrol across various areas in Dubai. 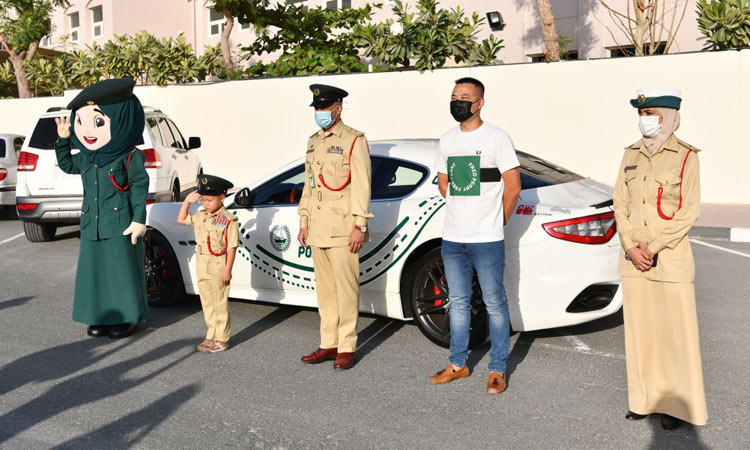