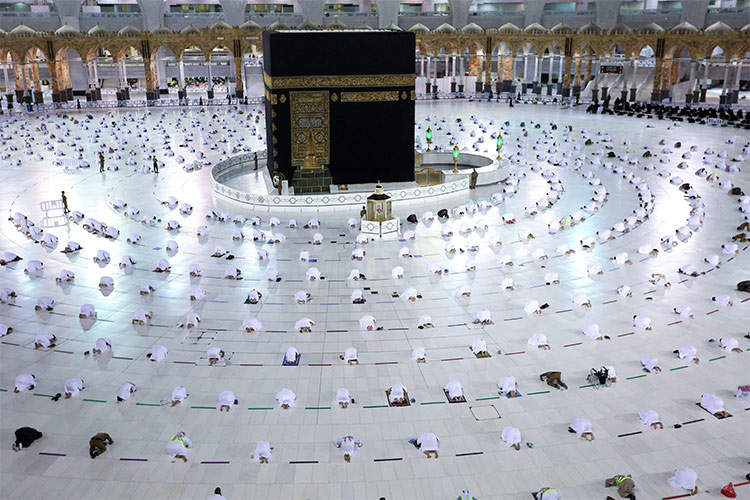 Muslim worshippers pray around the Kaaba

Pilgrims immunised against Covid-19 circled Islam's holiest site in Saudi Arabia's Makkah city on Tuesday as they performed the year-round Umrah pilgrimage on the first day of the fasting month of Ramadan.

Mask-clad worshippers entered Makkah's Grand Mosque in batches to perform the ritual of circling the sacred Kaaba, a cubic structure towards which Muslims around the world pray, along socially distanced paths. 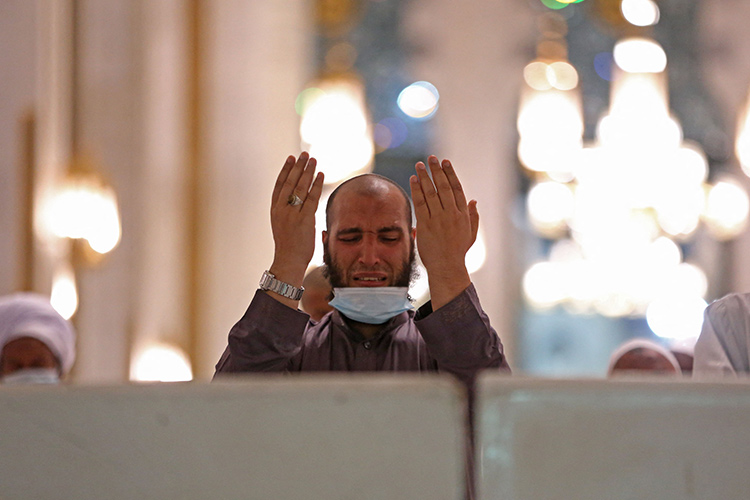 Muslim worshipper perform the evening Taraweeh prayer during the fasting month of Ramadan around the Kaaba.

Only immunised pilgrims are eligible for permits to perform the pilgrimage and to attend prayers in the Grand Mosque during Ramadan, the Hajj and Umrah ministry announced earlier this month.

According to the ministry, three categories of people are considered "immunised"- those who have received two doses of coronavirus vaccine, those administered a single dose at least 14 days prior, and people who have recovered from the infection.

The policy has effectively raised the Grand Mosque's capacity during Ramadan to accommodate 50,000 Umrah pilgrims and 100,000 worshippers per day, according to state media. 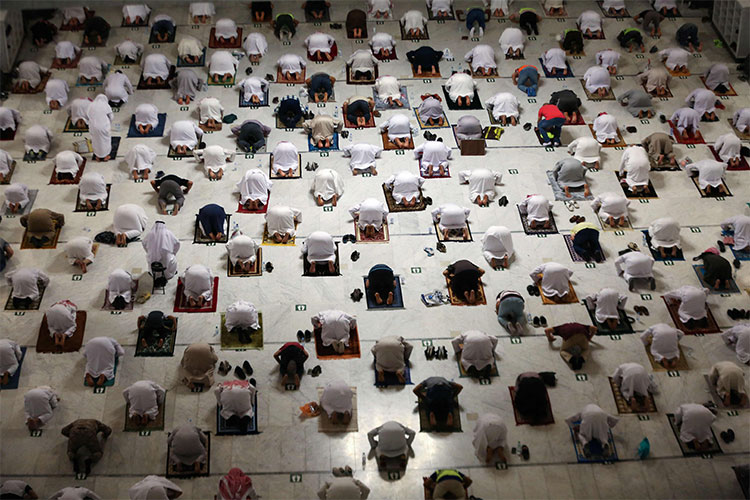 It is unclear whether the policy, which comes amid an uptick in coronavirus infections in the kingdom, would be extended to the annual Hajj pilgrimage later this year.

In late July last year, the kingdom hosted a downsized Hajj, one of the five pillars of Islam and a must for able-bodied Muslims at least once in their lifetime.

Only up to 10,000 Muslim residents of Saudi Arabia itself were allowed to take part, a far cry from the 2.5 million Muslims from around the world who participated in 2019. 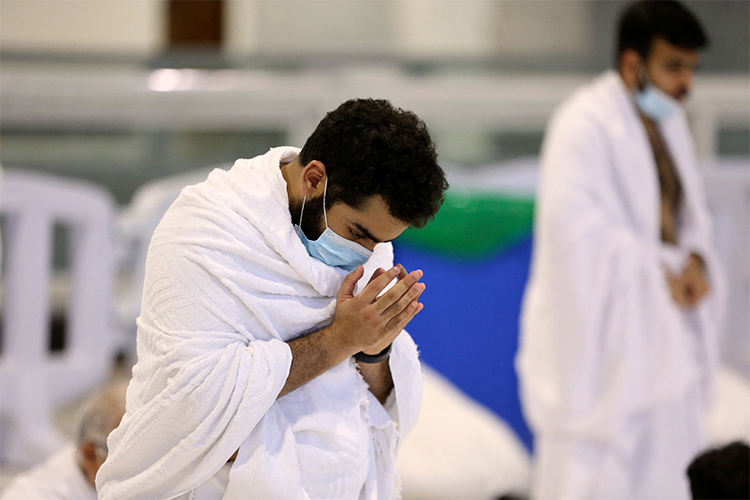 Worshippers gather for prayers around the Kaaba.

Saudi Arabia has reported more than 400,000 coronavirus infections and 6,700 deaths from Covid-19.

The daytime fasting month of Ramadan is one of the five pillars of Islam.

Observant Muslims refrain from eating and drinking from dawn to dusk, and traditionally gather with family and friends to break their fast in the evening.