In a world first, Chinese open a traffic signal for camels - GulfToday 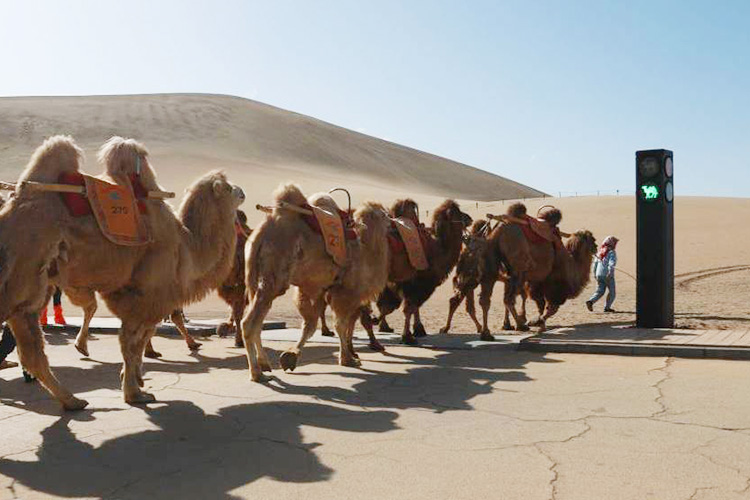 Camels cross a road where the traffic signal has been installed.

They may look ungainly, but they are really adorable, treated with a lot of care and affection in the Arab world, particularly the UAE. Camel racing is an extremely popular sport in the country, and is treated with an intensity and reverence not seen in other parts of the world.

Such is its growing importance that the sport has been honoured by being included in the Unesco intangible cultural heritage list last year.

However, unfortunately, these adorable humped creatures are at times involved in accidents, some of them fatal, with cars driven by apathetic motorists. The incidents happen while the camels cross the road, particularly the highway. 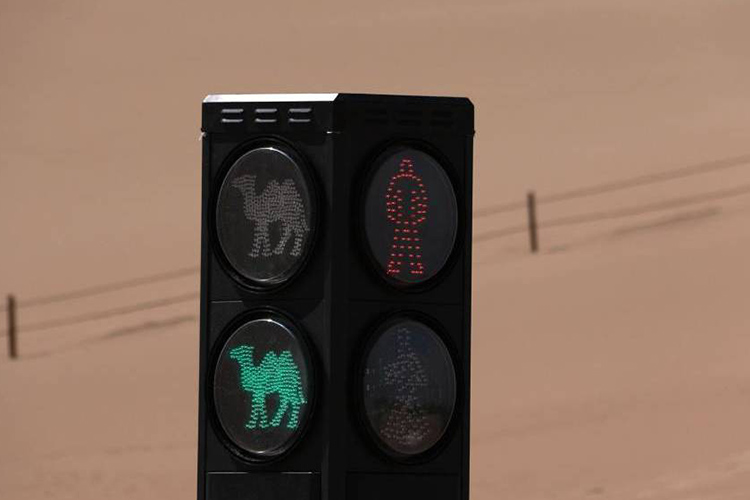 A view of the Camel traffic signal.

Perhaps keeping this in mind, the Chinese have made a revolutionary headstart for the safety of the camels, by opening the world’s traffic signal for them.

The signal came into operation on Sunday in an area frequented by tourists near Dunhuang City, Gansu province, Chinese state media outlet ECNS reported on Monday.

Camel-riding tours are a big attraction for visitors to the area. 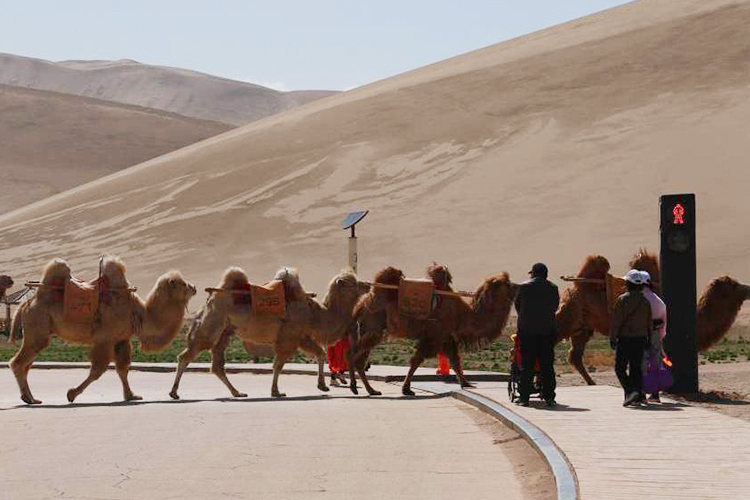 Tourists wait at a signal as camels cross the road.

But visitors to the Mingsha Mountain and Crescent Spring will now be safe from camel collisions, thanks to the new traffic signal, which turns green to let them cross and red to make them stop, according to CNN.

Dunhuang City sits in an oasis in the Gansu-Xinjiang desert region, and was the first Chinese-administered settlement reached by travellers heading east on the ancient Silk Road, the report says.

In recent years, tourism to the area has grown, thanks to the Mingsha Mountain, the Mogao Caves temple complex, and the Yumen and Yangguan passes, which are the westernmost gates of the Great Wall. 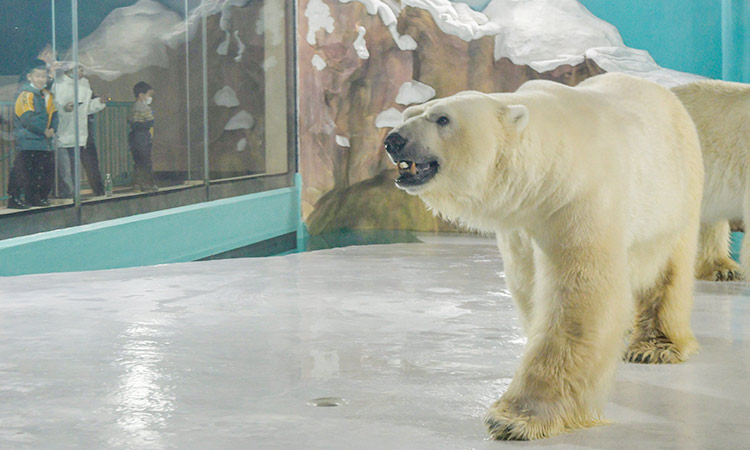 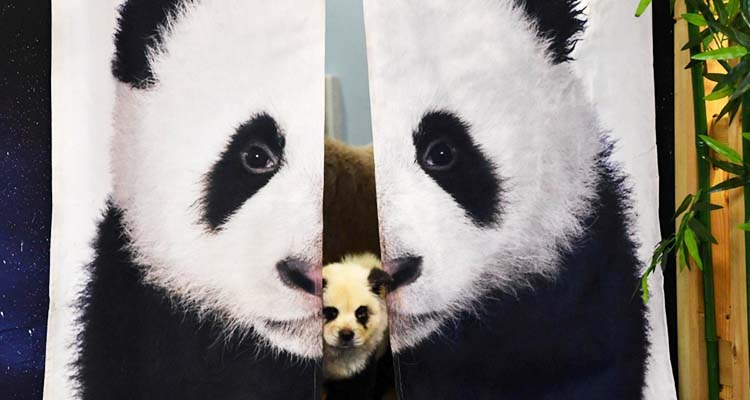