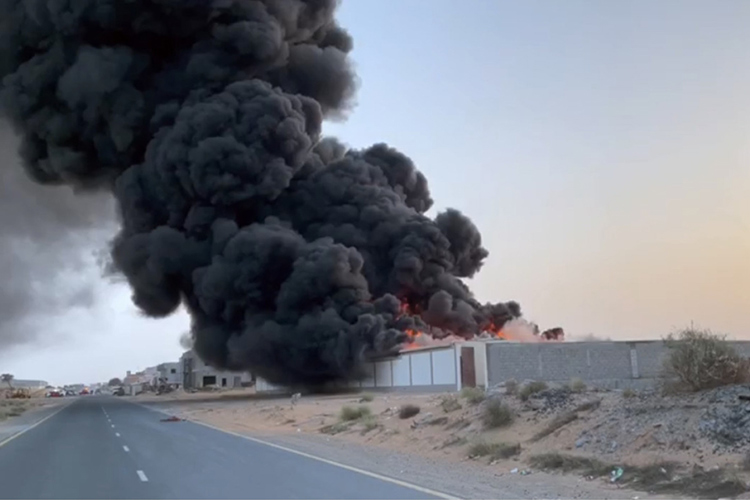 Smoke rises from a warehouse fire in Umm Al Quwain.

The firefighting teams of the Umm Al Quwain Civil Defence Department brought under control a fire that broke out in a warehouse in Umm Al Tha’oub Industrial Area. No casualties were reported.

The operations room received a report at 5:40pm on Sunday, stating that a warehouse was on fire.

Firefighting teams rushed to the scene of the fire and evacuated as many as 20 people from the warehouse and the adjacent areas.

The teams then brought the fire under control and prevented it from spreading to the neighbouring warehouses. After being cooled, the site was handed over to the competent authorities in the emirate for further procedures.

They dealt with the fire with high accuracy and professionalism, he added, stressing that the task was accomplished thanks to the co-operation among Umm Al Quwain Police, National Ambulance, Union Water and Electricity Company and Umm Al Quwain Municipality. 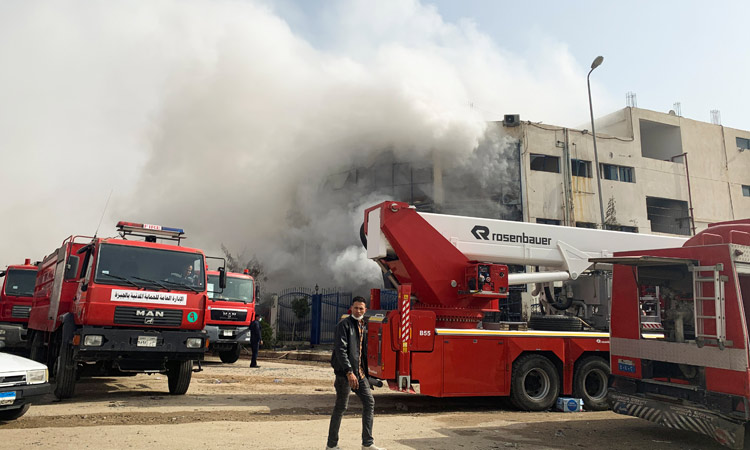 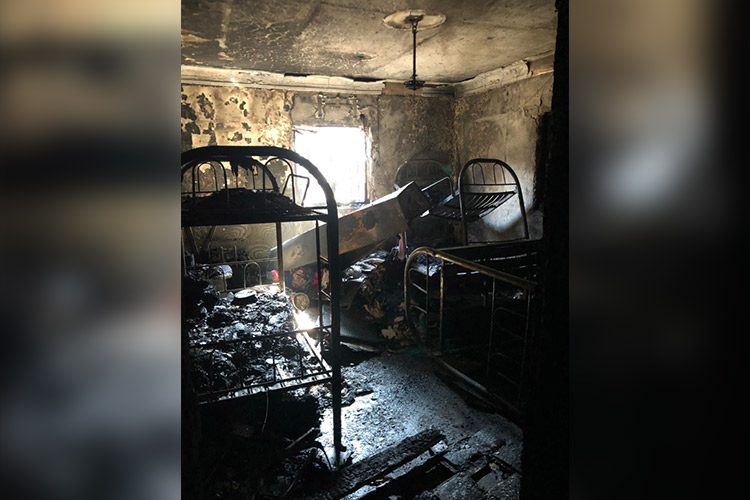 No casualties were reported and firefighters were able to bring the fire under control.