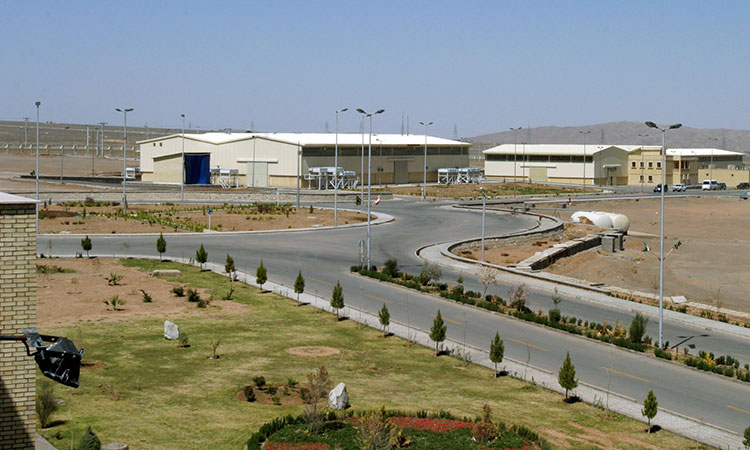 This photo shows a view of the Natanz uranium enrichment facility. File/Reuters

An electrical problem with the electrical distribution grid of Iran's Natanz nuclear facility caused an incident at the site on Sunday, state TV reported. It was the latest incident to strike one of Tehran's most-secured sites amid negotiations over the tattered atomic accord with world powers.

Kamalvandi said there were no injuries or pollution cause by the incident, according to The Associated Press.

The Natanz facility, which is located in the desert in the central province of Isfahan, is the centrepiece of Iran's uranium enrichment programme and monitored by inspectors of the International Atomic Energy Agency, the U.N. nuclear watchdog. 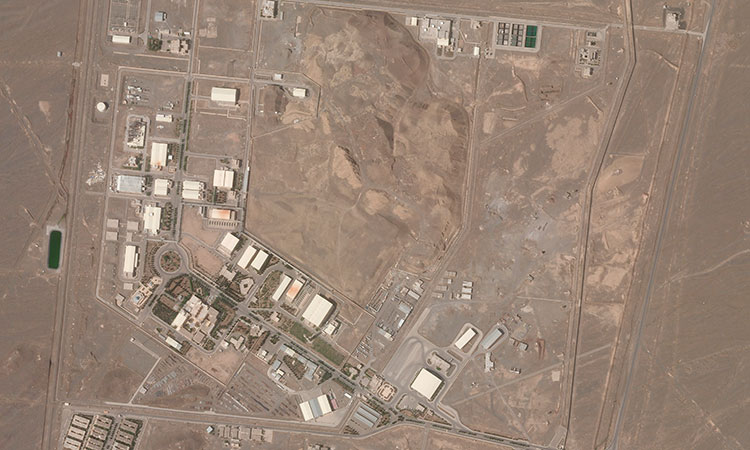 The cause was being investigated, Kamalvandi told Iran's semi-official Fars news agency.

A spokesman for the UN nuclear watchdog said by email : "We are aware of the media reports. We have no comment at this stage."

In July last year, a fire broke out at the Natanz facility, which the government said was an attempt to sabotage Iran's nuclear programme. In 2010, the Stuxnet computer virus, widely believed to have been developed by the United States and Israel, was discovered after it was used to attack Natanz.

Tehran and Washington have been trying to revive Iran's 2015 nuclear deal with major powers after former US President Donald Trump abandoned it three years ago. Trump reimposed sanctions that had been lifted on the Islamic Republic, and brought in many more.

In reaction to the US sanctions, Iran breached many restrictions imposed by the accord. The two nations laid out tough stances at indirect talks in Vienna last week on how to bring both back into full compliance with the accord.

President Hassan Rouhani reiterated Iran's commitment to nuclear non-proliferation on Saturday while overseeing the launch of advanced centrifuges at the Natanz plant to mark the country's National Nuclear Technology Day.