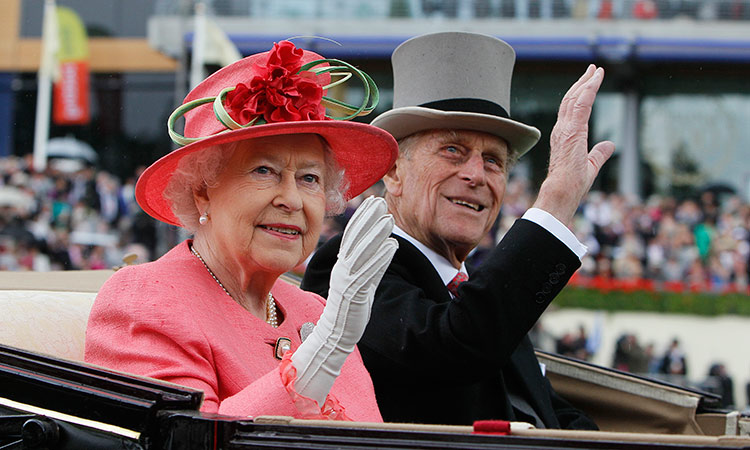 President His Highness Sheikh Khalifa Bin Zayed Al Nahyan sent a cable of condolences to Queen Elizabeth II of the United Kingdom of Great Britain and Northern Ireland on the death of Prince Philip. 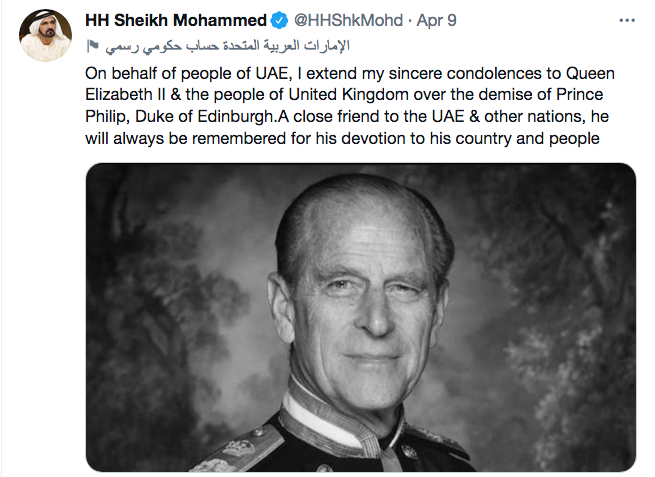 Britain mourned the death of Prince Philip on Friday from the moment the BBC interrupted scheduled programming to broadcast the national anthem, "God Save the Queen.”

Soon after the announcement, people began to line up outside Buckingham Palace to see the official death notice that had been attached to the gate. The flag at the palace, the queen’s residence in London, was lowered to half-staff.

British Prime Minister Boris Johnson said Philip "earned the affection of generations here in Britain, across the Commonwealth and around the world.''

"Like the expert carriage driver that he was, he helped to steer the royal family and the monarchy so that it remains an institution indisputably vital to the balance and happiness of our national life,'' Johnson said.