Myanmar envoy to London locked out of embassy for denouncing coup, spends the night in his car 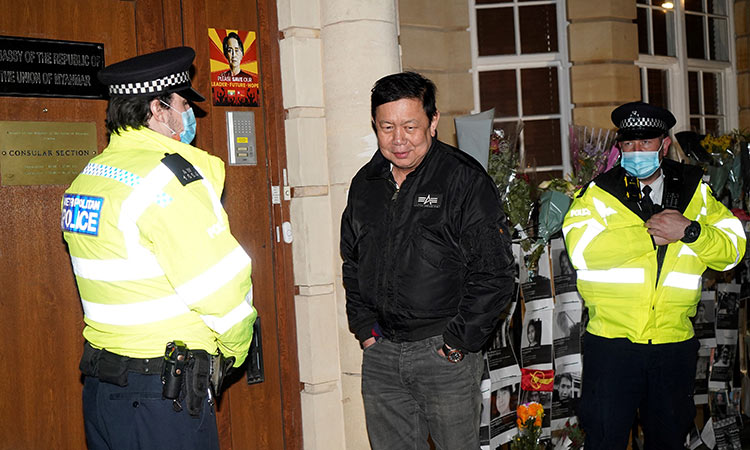 Myanmar’s ambassador to the UK has been locked out of its embassy in central London after speaking out against the military coup in the Southeast Asian country.

Kyaw Zwar Minn was denied entry to the building on Charles Street in Mayfair on Wednesday night.

According to the BBC, he spent the night in his car.

He claimed there had been a “coup” by the “Myanmar military”, telling The Telegraph: “They are refusing to let me inside. They said they received instruction from the capital, so they are not going to let me in.

“This is a coup. This is the UK, we are not in Myanmar, in Burma. They are not able to do this. The British government won’t allow this one, you’ll see that.” 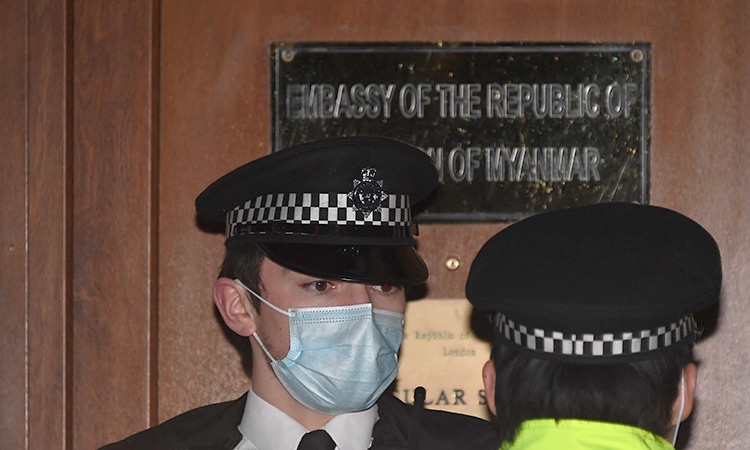 Police officers stand outside the Myanmar Embassy in London. AP

Photos taken outside the embassy on Wednesday night showed the ambassador getting out of a car that bore a large image of Ms Suu Kyi across its rear window.

Kyaw Zwar Minn was also captured ringing a doorbell as he unsuccessfully tried to enter the building, with a small number of police officers standing nearby.

The military seized power in Myanmar in a coup in February and have cracked down on pro-democracy protesters.

Britain on Thursday condemned "bullying" by the Myanmar junta after the country's ambassador to London was ousted in an extraordinary diplomatic coup after calling for the release of civilian leader Aung San Suu Kyi.

Daily protests demanding a return of democracy have rocked the country and brought a brutal response from the armed forces, with almost 600 civilians killed according to a local monitoring group.

The coup prompted several high-profile diplomatic defections, including the country's ambassador to the United Nations. 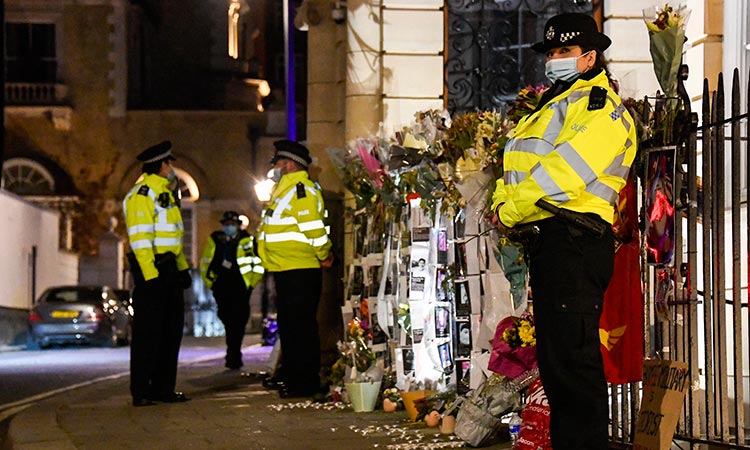 Police officers patrol outside the Myanmar Embassy in London on Wednesday . Alberto Pezzali/AP

"I have been locked out," he told Reuters outside the embassy in central London.

"It's a kind of coup, in the middle of London... you can see that they occupied my building," he said, adding that he was talking to Britain's foreign ministry about the situation.

Four diplomatic sources with knowledge of the matter said that deputy ambassador Chit Win had taken over as charge d'affairs and he and the military attaché had locked the ambassador out of the building.

Kyaw Zwar Minn spoke next to the embassy, where police were standing guard. He spoke to protesters on the street outside.

"We are aware of a protest outside the Myanmar embassy in Mayfair, London. Public order officers are in attendance. There have (been) no arrests," police said in a statement. 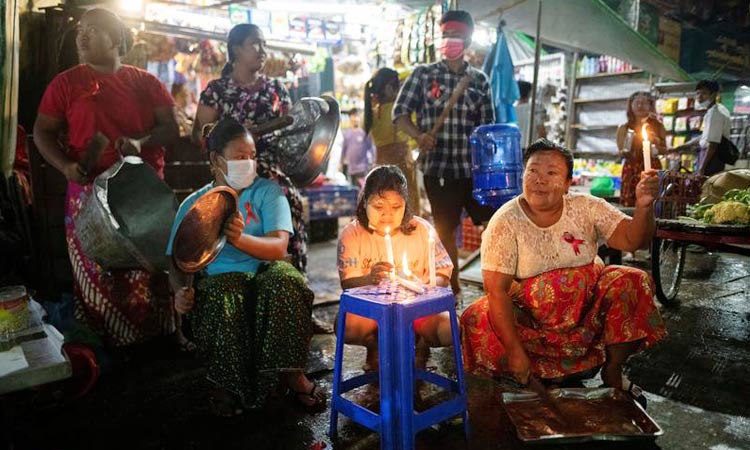 “Military dictator, fail, fail; Democracy, win, win,” protesters chanted, calling for the release of elected leader Aung San Suu Kyi and others who have been detained since the army seized power on Monday.