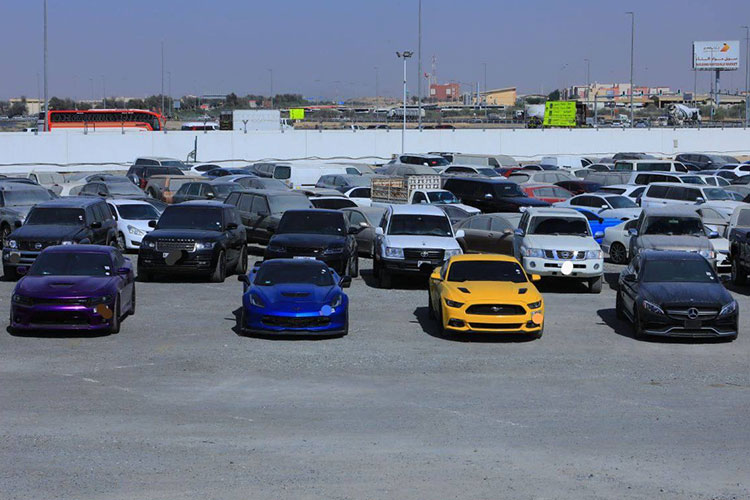 Seized vehicles are seen parked at a Dubai Police compound.

The Dubai Police has confiscated 1,422 vehicles for violating traffic laws such as heavily modifying cars with power boosters to increase the engine speed, and causing nuisance and disturbance to residents.

Brigadier Abdullah Khadim Sorour, Director of Bur Dubai Police Station, said the traffic campaign, which they launched on Feb.11, 2021, in coordination with the General Department of Traffic, is aimed at ensuring road security and reducing the number of traffic injuries and related deaths, as well as protecting properties and holding violators accountable for their reckless actions.

Sorour, explained that it is very likely that drivers lose control when driving heavily modified cars, especially if engine modifications were made in a way that does not match the type of vehicle or roads. He also indicated that modified vehicle accidents could be deadly and result in the deaths of innocent people and other road users.

Sorour also reminded that engine modifications or changes to a vehicle’s base or chassis without authorisation are subject to a Dh1,000 fine and 12 black points.  In addition, the vehicle will also be impounded for 30 days. “These penalties may be intensified depending on the case,” he confirmed.

He said they confiscated 208 vehicles for disturbance and 1214 vehicles for playing extremely loud music and causing noise.

Sorour stressed that road safety is everyone’s responsibility. “Together, we must unify efforts and maintain the safety and security of our roads” he urged.