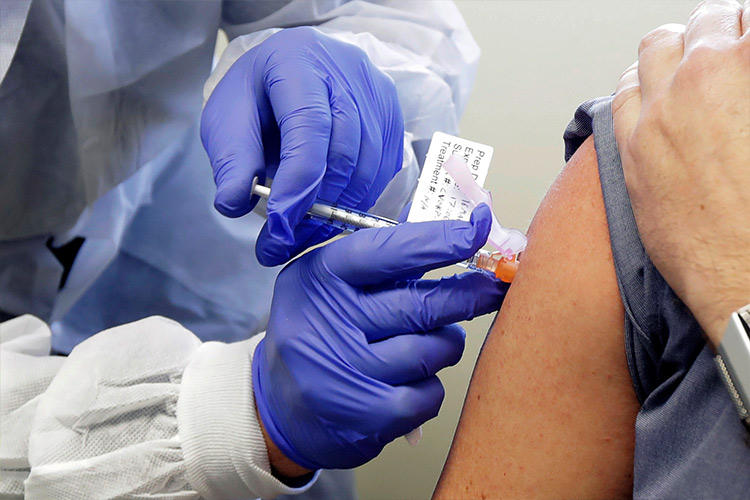 Serbia opens up to vaccine tourists as most of its citizens refuse the COVID-19 vaccine.

The small Balkan country has so many vaccines available it has even offered jabs to any foreigner who can get themself there, sparking an influx of thousands of "vaccine tourists" from neighbouring countries.

According to the government, only a little more than a quarter of those eligible for the vaccine applied for it.

In the last two weeks of March, the number of people receiving their first dose dropped to around 12,000 daily, roughly half the number over the same period in February, according to data.

In a bid to encourage Serbian citizens to get vaccinated, the authorities have urged them to show up even without an appointment.

"I beg you, people, get a vaccine," Serbian populist President Aleksandar Vucic pleaded.

"We have them and we will have more, I beg you, in the name of God, take them," he said.

Serbia's leading epidemiologist Predrag Kon said the mistrust and lack of interest in the vaccine by the citizens are due to anti-vaccine misinformation being spread online by fearmongers.

To tackle the misinformation being spread, Health Minister Zlatibor Loncar has suggested banning content that undermines the vaccination process from social media platforms.

The police have also cracked down on vaccine sceptics, detaining five of them last week for "causing panic".

In October, the Balkans in Europe Policy Advisory Group (BiEPAG) conducted a survey that showed more than half of the participants did not plan on getting vaccinated.

The president himself is yet to be vaccinated, despite endlessly trumpeting his inoculation in local media.

Vucic believes that once he finally gets vaccinated "half a million" citizens will follow his example in just a week.