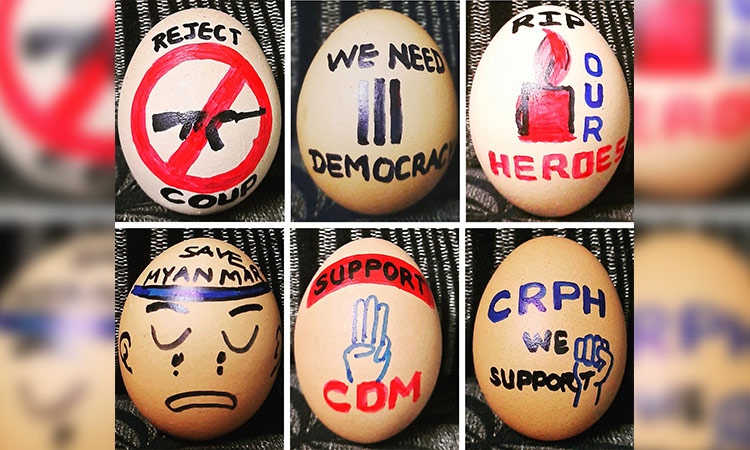 At least 2,658 civilians are in detention across the country since the coup. AFP

Anti-coup demonstrators in Myanmar decorated boiled eggs on Easter Sunday in the latest protest as the military junta continues its brutal crackdown.

Security forces have sought to quell a mass uprising with lethal force, with the death toll reaching 557 as of Saturday, according to the local monitoring group Assistance Association for Political Prisoners (AAPP). 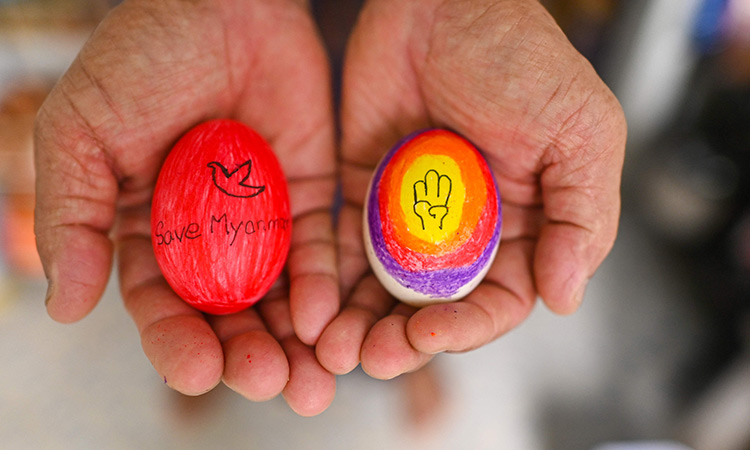 Eggs decorated with messages in support of protesters. AFP

To coincide with Easter Sunday, scores of Myanmar protesters decorated eggs with political messages and left them on neighbour's doorsteps and hanging in bags on front gates.

One Facebook group promoting the egg protest urged people to be respectful of Christian traditions on Easter Sunday. 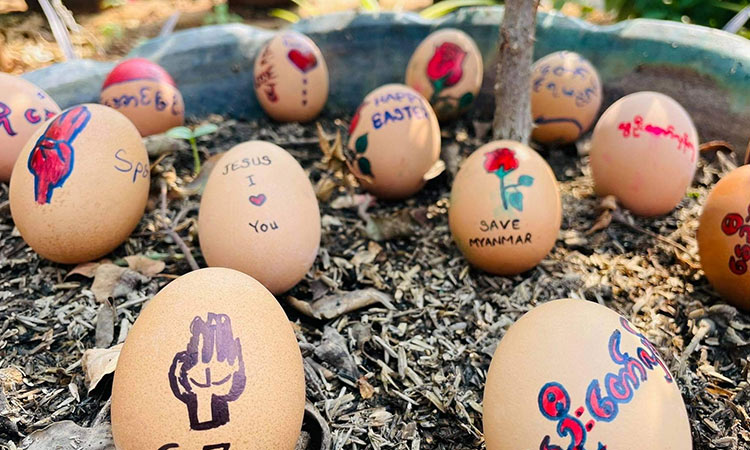 Their demonstration comes even after four protesters were killed Saturday in the cities of Bago and Monywa.

At least 2,658 civilians are in detention across the country, according to AAPP.

This weekend, Myanmar authorities issued arrest warrants for 40 celebrities -- most of whom are in hiding.