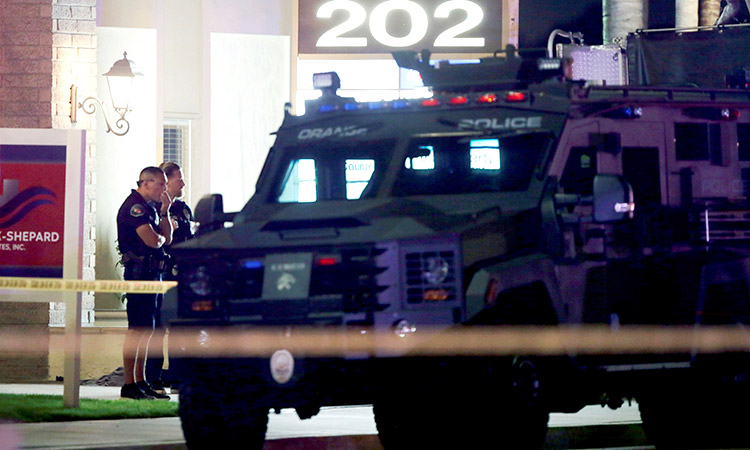 Police officers respond to the scene of a shooting in Orange, California, US. Alex Gallardo/Reuters

A shooting at a Southern California office building on Wednesday evening killed four people, including a child, and a fifth person injured before police shot the suspect, police said.

Shots were being fired as officers arrived at a two-story office building on Lincoln Avenue in Orange, southeast of Los Angeles, at about 5:30pm, Lt. Jennifer Amat said.

The shooter, whose motivations are so far unknown, was shot by an officer and taken to hospital, police said, adding that the suspect's condition was not known, according to AFP.

Police did not release any more information about the victims. 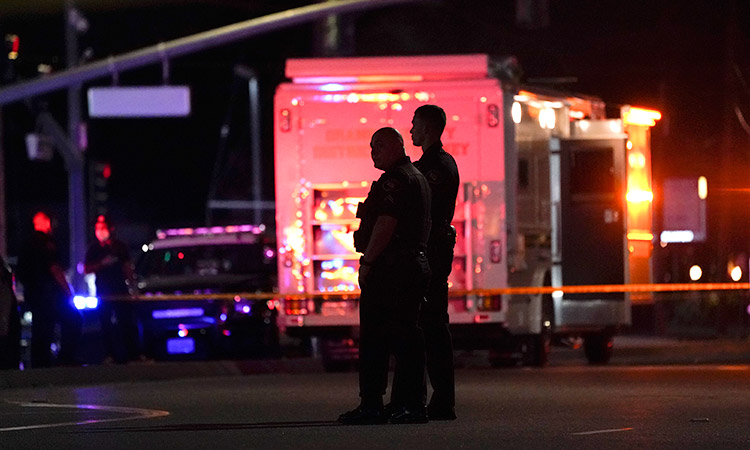 "An officer-involved shooting occurred" and the suspect was taken to a hospital, Amat said, but she didn't immediately know his condition.

The incident began around 5:30 pm local time (0030 GMT) on the upper floor of a small office building in the city of Orange.

Police and the suspect exchanged fire, according to the Los Angeles Times.

"The situation has been stabilized and there is no threat to the public," the Orange Police Department said in a post to their Facebook page.

California governor Gavin Newsom posted on Twitter: "Horrifying and heartbreaking. Our hearts are with the families impacted by this terrible tragedy tonight." 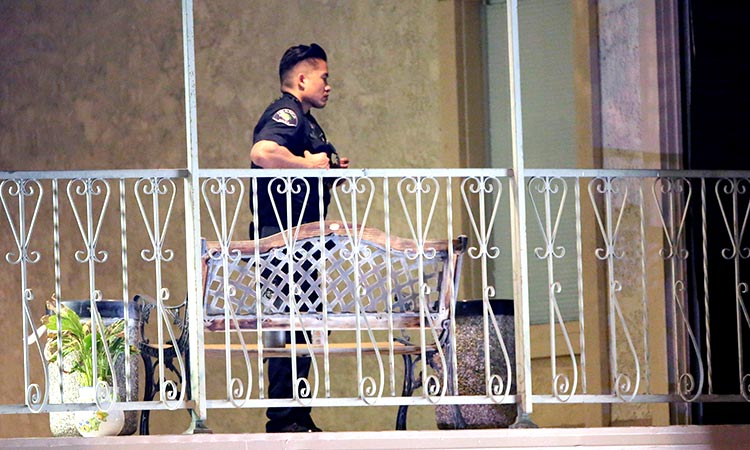 A police officer walks on a balcony in a building after a shooting in Orange, California, US. Reuters

"I'm deeply saddened by reports of a mass shooting in Orange County, and I'm continuing to keep victims and their loved ones in my thoughts as we continue to learn more," US Representative Katie Porter from California also tweeted.

It comes after two other high-profile mass shootings earlier this month, which set off a renewed debate about gun control measures in the United States.

On March 22, 10 people were killed in a shooting at a grocery store in Boulder, Colorado, less than a week after a man shot and killed eight people, including six women of Asian descent, at spas in Atlanta, Georgia. 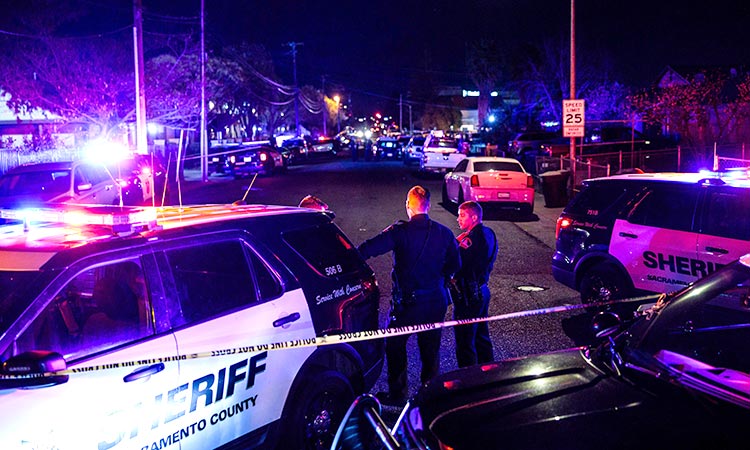 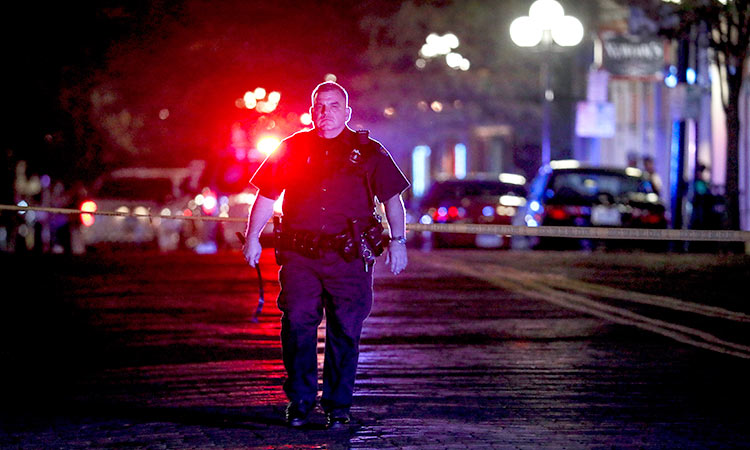 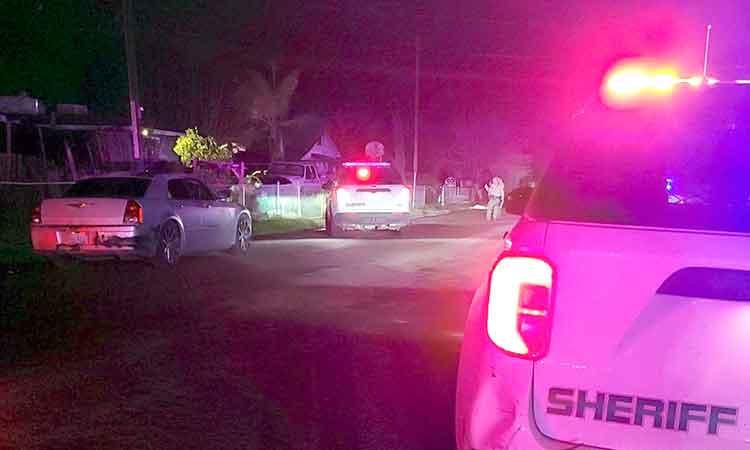 Six killed in shooting in California, including 6-month-old baby and her mother